PATNA: Thanks to the recent efforts of the state education department, Bihar has recorded a phenomenal rise in its gross enrolment ratio (GER) in 2020-21. The state’s GER has increased from 14.5 per cent in 2020 to 19.3 per cent in 2021, according to preliminary statistics revealed during the All India Higher Education Survey (AISHE) for 2020-21.

The final AISHE report for 2020-21 is likely to be released soon by the Union ministry of higher education, state education department sources said.

With this quantum jump in GER, the state is likely to achieve the national average of 26.9 per cent sooner than expected, said Bihar State Higher Education Council’s vice-chairman Kameshwar Jha. The state has made it to the fourth top position, next to Uttar Pradesh, Maharashtra and Tamil Nadu, in terms of total enrolment during the year 2020-21. With a total enrolment of 52.93 lakh UP is at the top, followed by Maharashtra with 40.73 lakh and Tamil Nadu with 31.22 lakh students. Bihar’s figure stands at 23.55 lakh.

As per the estimated GER during the period, Chandigarh has got maximum GER of 52 per cent and Ladakh’s GER is lowest at 4.9 per cent.

Jha pointed out that chief minister Nitish Kumar had called upon the education department officials to take necessary steps for enhancing the state’s GER to 30 per cent by 2030. But, at the present growth, the target may be achieved even earlier, he said.

Besides, a large number of new institutions, including nursing colleges, were opened during the period.

Had there been no Covid-19 pandemic, the figure would have gone up higher, he said.

The number of seats in different constituent and affiliated colleges in the state is also being increased on the demand made by institutions, duly recommended by the universities concerned. The education department would sanction the required number of seats as per needs and infrastructural facilities available. 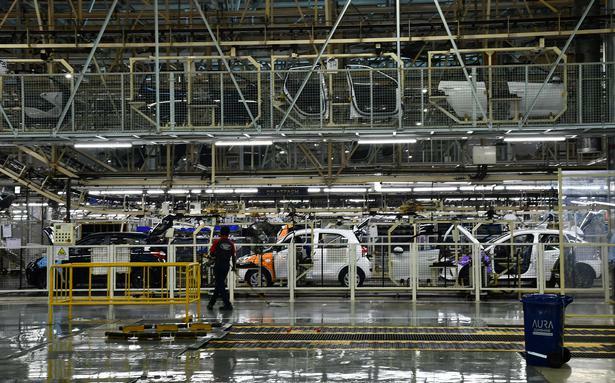 The Hindu
One subscription that gives you access to news from hundreds of sites
Tamil Nadu has the potential to increase exports manifold, says Chief Minister