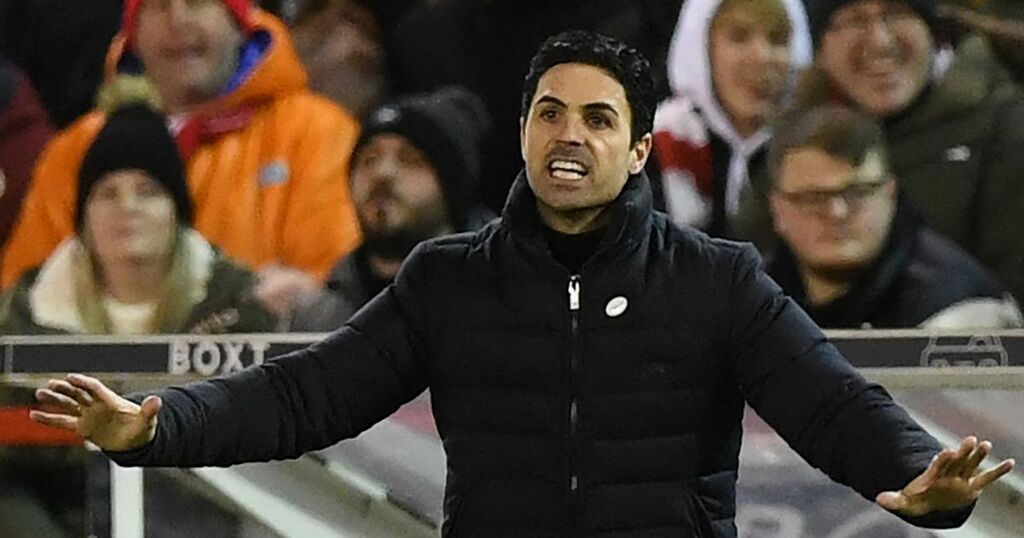 Arsenal boss Mikel Arteta has questioned the “hunger” of his players ahead of their meeting with Liverpool this week.

The Reds take on the Gunners in the first leg of their Carabao Cup semi-final on Thursday night.

It was originally meant to be the second leg of the tie this week, but the first leg at the Emirates was postponed last week due to a Covid-19 outbreak in the Liverpool camp.

Jurgen Klopp returned to the dugout on Sunday after his own positive test, and will now begin preparing his side to face Arsenal.

READ MORE: What Virgil van Dijk did in dressing room after Liverpool's victory over Shrewsbury Town

READ MORE: Liverpool's open secret about to blow up as Michael Owen pushed aside

Liverpool go into Thursday night’s clash on the back of a 4-1 win over Shrewsbury Town in the third round of the FA Cup.

In contrast, Arsenal exited the competition thanks to a 1-0 defeat at the hands of Championship outfit Nottingham Forest.

Arsenal went the full 90 minutes without registering a single effort on target at the City Ground.

After the match, Arteta expressed his disappointment over Arsenal’s exit from the prestigious competition.

The Spaniard went on to criticise the effort from his players, with the clash against Liverpool just a few days away.

“We needed more drive and hunger to win at any cost. We needed much more,” said Arteta.

“I am really disappointed with the performance.

“Not with the attitude, but how much purpose we have and what determination we showed to change the game when it’s difficult.

“It is frustrating but it happened and we have to analyse why.

“I have been playing games like this one for 18 years and it is no surprise the difficulties you are going to face.

“It is really hurting now. It is a competition that is embedded in our history and to get out of it today is a big pain.

“We didn’t have enough incisiveness and determination and purpose to move the ball with enough quality.

“And when we had the chances we didn’t hit the target.”