The Guardian - US
Lifestyle

Everything I have ever learned about Pete Davidson has been against my will.

Ever since the Saturday Night Live star and standup comedian was briefly engaged to the singer Ariana Grande in 2018, the world has become obsessed with the 28-year-old’s extremely active love life, and a constant drip-drip-drip of information about Davidson’s dalliances has penetrated my brain. People are always interested in who celebrities are shagging, of course, but the fascination with Davidson stems from the fact that he’s a somewhat unorthodox Lothario.

He’s tall and goofily handsome but not exactly suave. He doesn’t immediately seem like the sort of man who would sweep some of the world’s most famous women off their feet. And then there’s the fact that being from Staten Island is a major part of his personal brand; there is no less sexy place in the world except for, perhaps, Scunthorpe. Until recently Davidson also lived in the basement of his mother’s house, which is not something that normally imbues you with sex symbol status.

Despite all this, there’s clearly something irresistible about Davidson. After he split from Grande, the comedian dated Kate Beckinsale, then Bridgerton’s Phoebe Dynevor. Most recently, Davidson was in a relationship with Kim Kardashian West: a woman who would never get within 10ft of anyone who wouldn’t boost her brand. Hooking up with Davidson – the current “it” guy – guaranteed she was in the headlines daily and gave her new relevance.

The pair ended things last week and people are already speculating about which celeb Davidson might end up with next: Gigi Hadid? Jerry Hall? Elon Musk? The recentlysingle Queen of England? Nobody is beyond the realm of possibility at this stage. The man has cornered the market in being the perfect celebrity rebound boyfriend.

So what’s Davidson’s secret? I’ll be honest here – while I have dabbled with heterosexuality in the past I am no expert in what makes straight men attractive to women, so I spoke to someone who is: Cindy Gallop. An advertising expert and sex tech pioneer Gallop has made something of a name for herself as a woman who dates much younger men, once giving a TED Talk on the preference.

“Pete Davidson is a classic case of ‘success breeds success’,” Gallop told me over email. “The more people think you’re someone everyone wants, the more people want you. In fact, I’m astonished that we haven’t yet seen the onslaught of ‘What business leaders can learn from Pete Davidson’s dating success’ posts on LinkedIn. I’m sure Pete is a very nice guy and hopefully great in bed, but by now his personal charms are inextricable from ‘his reputation goes before him’.”

How did Davidson get that reputation in the first place though? I contacted another expert in the mysterious ways of heterosexuals: Jaime Bronstein, a Los Angeles-based relationship therapist and coach, for her views on the matter. “Pete has no problem being vulnerable, which is an attractive trait, and he has a close relationship with his mom,” Bronstein said. “Women see Pete as someone who will help them heal and move on from their ex.” He’s a big softie, basically.

Well, maybe softie isn’t quite the right word. After all, you can’t talk about the comedian without bringing up three words that have been inextricably associated with him: big dick energy. Back in 2018 there was rather intense speculation, fueled by comments made by Grande that Davidson’s je ne sais quoi could be attributed to the fact he gives off “BDE” – defined as a carefree sort of charisma; a self-confidence that makes other people immediately feel good. “In some ways, it’s the opposite of toxic masculinity,” Brigid Delaney wrote in the Guardian.

Ultimately, however, what might really be the key to Davidson’s appeal as the ultimate rebound guy is that he perfectly understands his role. He runs into new relationships at top speed and throws himself into the part of the Good Celebrity Boyfriend with aplomb. He’ll get a tattoo to commemorate your relationship! (He got at least four tattoos in honour of Kardashian West.) He’ll hang out with your kids! He’ll take you to dinner at his favourite place in Staten Island. He’ll provide lots of photo ops for your PR people! And then, when the relationship has run its course, he backs away without any drama. He’ll quietly get the tattoos removed. He won’t say anything nasty to the press. He’ll move on without any venom. The real key to Davidson’s BDE, it seems, is that he knows when to pull out. 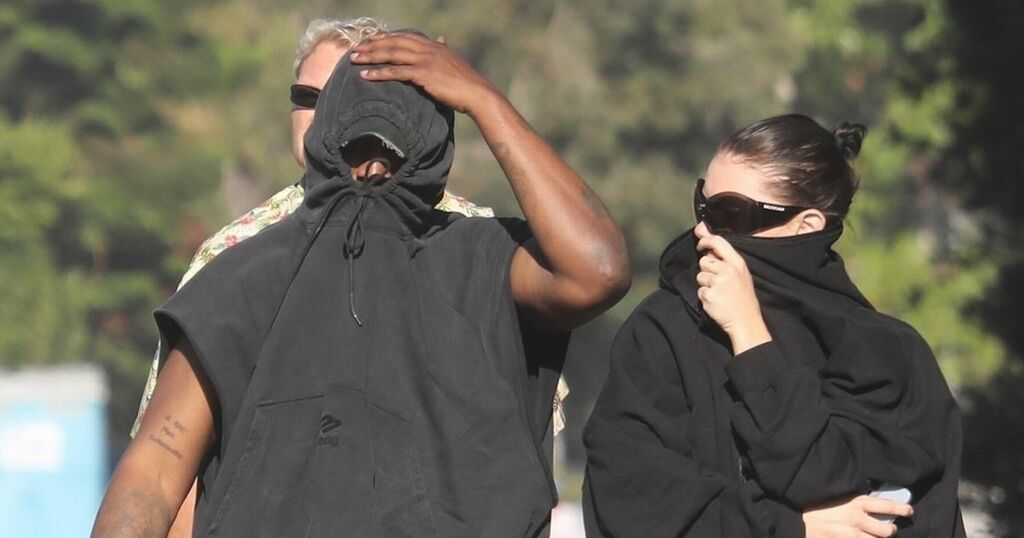 Kanye West fails to keep low profile with mystery brunette on Malibu home visit
Kanye West made a rare appearance to the home which he bought for a whopping $57.3 million (£47.2 million) last…

Daily Mirror
From analysis to the latest developments in health, read the most diverse news in one place.
Fan hilariously edits Pete Davidson’s Kim Kardashian tattoo following their breakup

Former Saturday Night Live comedian Pete Davidson, 28, and Kim Kardashian, 41, announced on Friday that they have split after…

‘He is a charming boy who is finding his way,’ says Stewart

Following her recent 'split' from comedian Pete Davidson, Kim Kardashian has thrown her support behind her ex-boyfriend as he 'gets…

Daily Mirror
One place to find news on any topic, from hundreds of sites.
Kim Kardashian goes viral as she chokes on tequila shot at Kylie Jenner's 25th birthday