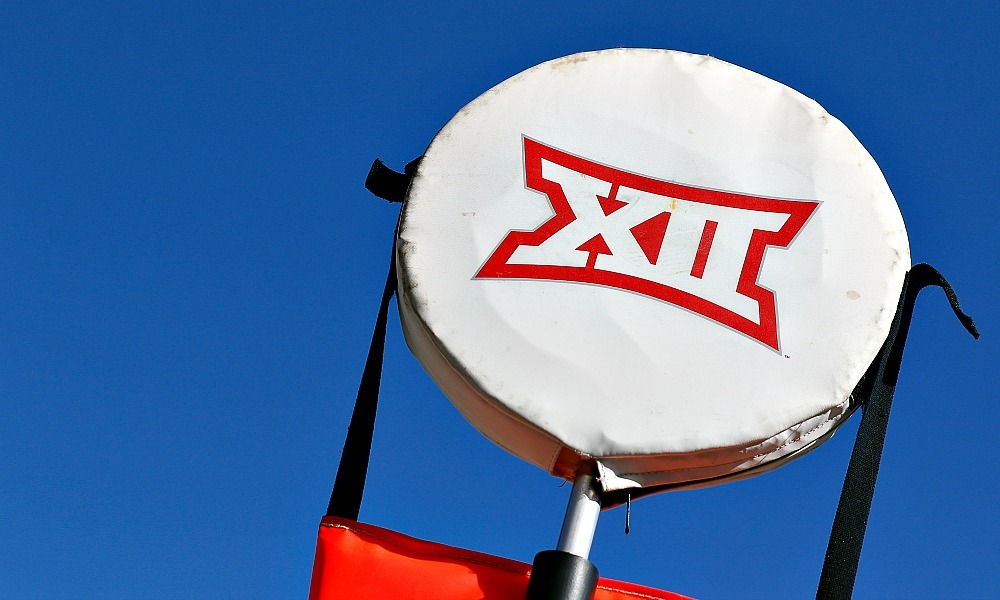 College Football Daily Cavalcade: The Big 12 has expanded and added BYU, Cincinnati, Houston, and UCF. What does it all mean? What’s next?

Sorry if this take sucks, it’s not my fault …

I’m not used to a conference that calls itself the Big 12 having 12 teams in it.

At least these four schools can get on base.

We now live in a world with a college conference that goes from Utah to Florida, Ohio to Texas, and a whole lot of places in between.

The Big 12 formally asked BYU, Cincinnati, Houston, and UCF to join, the four accepted, and now the conference that lost Texas and Oklahoma to the SEC has found a way to stay alive, viable, and in a few ways, stronger.

So what does it mean, what’s next, and how is this all going to work?

The announcement you’ve all been waiting for…

1. Remember, this is about business and not sports. The fun part is talking about the possibilities of the new Big 12 as a sports league, but it’s really about how the conference can move forward after losing its two superstars.

Think of this like Moneyball. You can’t replace Giambi and Damon – you can’t replace Texas and Oklahoma. Those two are mega-revenue monsters that aren’t out there for the Big 12 to grab from other Power Five leagues. However, now the 12-team conference will be more even without the power all at the top with two schools – and really one, Texas.

UCF gives the Big 12 the Orlando market, a footprint in Florida, and a massive school with over 50,000 students.

Houston doesn’t replace Texas or Texas A&M, but it does put a team in a top five media market.

Cincinnati isn’t all that big media-wise, but it’s a natural fit to help bridge the geographical gap somewhat with West Virginia, and BYU is simply a huge part of the puzzle with an international fan base all while getting a decent Salt Lake City market.

2. This shouldn’t stop there. The Big 12 hasn’t made any hints of going any further for the moment, but it should think about USF to get Tampa and a natural rival with UCF. It should expand further to the west and get San Diego State and Nevada before the Pac-12 gets to yes already, and it should consider Memphis just to add another big area and another state.

Again, think about how you have to construct this with several schools making up for the lost two. But all of this is for later.

3. Divisions. As I’m writing this it’s not official yet, but it’s probably going to be Cincinnati, Iowa State, Kansas, Kansas State, and West Virginia in what might be called the East, and Baylor, BYU, Houston, Oklahoma State, TCU, and Texas Tech in the West.

4. I’m old enough to remember when the American Athletic Conference was going to pick over the carcass of the Big 12. This is a gigantic blow for a league that was seemingly just on the verge of really and truly making it a Power 6 – even if it was going to be the distant No. 6 league.

This was hardly a shocker, but now the trickle down effect in this zero sum game happens. It has to try replacing irreplaceable colleges in an attempt to move forward, and that means it has to do the same thing the Big 12 is doing – go after media markets.

Florida Atlantic, FIU, Marshall, Southern Miss, UAB, and UTSA, should all be on the table from Conference USA. There aren’t a ton of other options. Maybe Northern Illinois, but it doesn’t have the hold on Chicago it thinks it does. Maybe Army, but that’s a stretch, and maybe Liberty, but there are a whole slew of problems there.

5. As always, remember, this situation is fluid. Just because the Big 12 made this move to become a whole lot stronger doesn’t mean the Big Ten or Pac-12 can’t or won’t just swoop in and expand with Kansas. The Big 12 is still extremely vulnerable.

6. It’s getting sort of lost in the overall picture of the moment, but BYU joining a conference is a massive deal on a whole slew of levels. The Pac-12 never meshed ideologically, and life as an independent wasn’t bad for BYU.

However, whether or not to join a conference has always been a constant debate within the fan base for years ever since it left the Mountain West, and the Big 12 is a terrific landing spot. Now, the College Football Playoff is in play more than before – mainly if there’s a CFP expansion. On the other side, this was a great get business-wise for the Big 12.

7. Revenue sharing? Uhhhhhhh, we’ll get back to you on that. Not all four schools being brought in are equal. BYU has a whole infrastructure it’ll want to keep.

8. So does this move make the Big 12 alliance-worthy with the ACC, Big Ten, and Pac-12? Okay, maybe, but the conference is still missing the big-time football killer on a traditional level. However, when it comes to the potential of the College Football Playoff expanding, the Big 12 should now have a seat at the table to demand an automatic spot for its champion.

9. To be goofy about this, it’s a happy day for everyone but the American Athletic Conference. This is a dream come true for UCF as it went from total obscurity as a commuter school playing football to a Power Five conference and all the notoriety that comes with it.

Houston has always wanted to be a part of the Big 12, and Cincinnati makes a move back into a big league after the Big East fizzled out over a decade ago. And again, BYU is in a Power Five conference. It’s a form of college sports legitimacy that it’s been looking for.

It’s always nice to be wanted.

It’s also nice to for a major college sports conference to bounce back big.