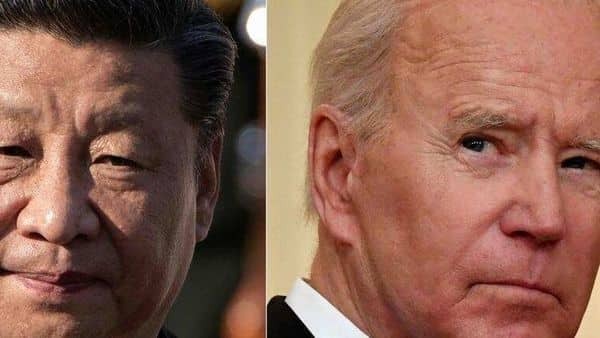 After months of little progress in U.S.-China relations, Joe Biden’s frustration led him to initiate a call with Xi Jinping in search of a breakthrough. Now the question is who will be first to take concrete action.

The leaders of the world’s biggest economies spoke by telephone for 90 minutes on Thursday night, their first discussion since February. While the call didn’t produce any immediate announcements, the yuan strengthened to a one-week high amid optimism that any communication could improve overall ties.

Still, the readouts after the conversation showed that fundamental differences remain. The White House sought to make a distinction between issues where the countries can cooperate and others where they will compete, while Xi linked everything to “respecting each other’s core concerns."

In practice, that means Biden’s hope that China would commit to more ambitious emissions targets ahead of the COP26 summit later this year may hinge on whether he’s willing to agree to Beijing’s two lists of demands, officially known as the “List of U.S. Wrongdoing That Must Stop" and the “List of Key Individual Cases that China Has Concerns With."

“The summit itself is not important -- what’s important is to observe whether relations have some remarkable improvement beyond weeks and months," said Shi Yinhong, director of Renmin University’s Center on American Studies in Beijing who has served as an adviser to China’s State Council. “Any informed observer in this world is not optimistic."

Since the last Biden-Xi call in February, the two countries have repeatedly clashed over human rights, cybersecurity and an investigation into the origins of the coronavirus, on which China has refused to cooperate. Beijing has also seen relations with U.S. allies deteriorate, sparring with Canada over Meng’s case, Australia over the Covid-19 probe and Europe over allegations of genocide in Xinjiang.

For Biden, giving in on any of China’s requests could prove politically difficult, even as a contingent of Wall Street veterans -- including John Thornton, the chairman of Barrick Gold Corp. and a Goldman Sachs Group Inc. veteran -- push to improve ties. A survey released Friday by the American Chamber of Commerce in China found that three-quarters of those who participated complained that trade war measures were hurting their operations.

One issue that may be easiest is tariffs. The White House is still reviewing its overall China policy, including how to proceed with roughly $300 billion in punitive duties facing Chinese imports. The review could be concluded and its outcomes unveiled in the near future, according a senior administration official.

Biden’s goal was to see whether personal engagement with Xi could set the relationship on a more serious path and help advance issues where both sides can cooperate, the official said. The tone between the two leaders was familiar and candid, and Biden explained that Beijing could sometimes misinterpret the intention behind U.S. actions, the administration official said after the call.

The call appeared to stem from John Kerry’s visit last week to discuss climate issues, during which Chinese officials said progress depended on overall improvements in the relationship. “China-U.S. climate change cooperation cannot be separated from the general environment of relations," Foreign Minister Wang Yi said at the time, according to the ministry. “The United States should meet China halfway and take positive actions to push relations back on track."

The Biden administration has rejected Beijing’s requests for concessions on unrelated issues when discussing climate, according to the U.S. official. Frustration in the White House grew after it became clear that Chinese counterparts were reading talking points and had no ability to maneuver on key topics, the official said.

Xi gave no indication that China’s approach would change, saying that building good ties wasn’t a “multiple choice question" but a “mandatory question." But Chinese officials offered some hope for improved relations, with Xi saying relations should get “back on the right track" and touting the importance of regular communication between heads of state.

A face-to-face meeting is still a possibility on the sidelines of the Group of 20 meeting in Rome in late October, though it’s unclear if Xi will even go. He hasn’t left China since the scope of the pandemic became clear, the longest stay-at-home stint of any G-20 leader.

At least some in China are optimistic the call could lead to more substantive engagement. Zhang Monan, senior fellow at the U.S.-Europe Institute at the government-backed China Center for International Economic Exchanges in Beijing, said the conversation could be a “turning point" that leads to trade talks or restarting a strategic dialogue frozen under the Trump administration.

“There’s grown a gap between the two countries and the relevant officials and how much they communicate, which right now is not a lot at all," Greg Gilligan, AmCham’s China Chairman, said in an interview with Bloomberg Television on Friday. “If the two countries’ leaders get together and get that process going again, that would be a good thing."