Biden Will Meet With Business Leaders To Encourage Employee Vaccinations, As He Receives Blowback From Republicans And Unions 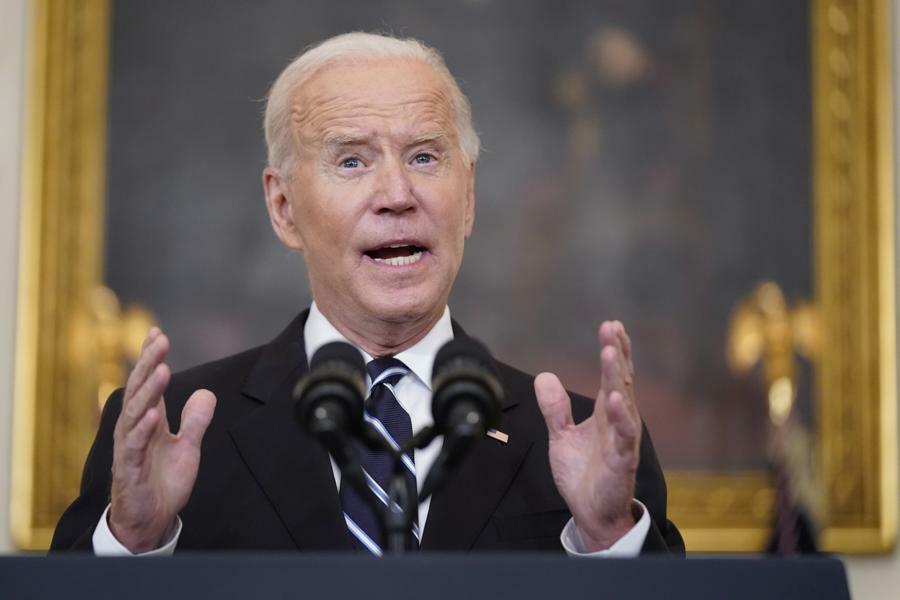 President Joe Biden will meet with senior-level executives at an array of companies to discuss his executive orders for getting more Americans vaccinated. The conversations with CEOs and business leaders will include strategies to both expand vaccine requirements at their respective organizations and offer what outcomes they’ve seen with their employees. “This event will serve as a rallying cry for more businesses across the country to step up and institute similar measures,” said a White House official.

The Wall Street Journal reported that Biden is expected to meet with “executives from companies, including Walt Disney, Microsoft and Walgreens Boots Alliance, to advance his Covid-19 vaccination requirements for the private sector.”

Last week, Biden gave a strong and scolding speech stating that he was signing an executive order compelling vaccine requirements for about 100 million Americans. The president rebuked holdouts who have not gotten their shots. He angrily said, "We've been patient, but our patience is wearing thin, and your refusal has cost all of us." Biden said he was becoming “frustrated” with the 80 million Americans who have not complied, despite the surge in the Delta variant and an alarming increase in cases and filled hospital beds.

His mandate is wide-reaching. Companies with over 100 workers must have their staff vaccinated or submit to weekly testing. The Business Roundtable, a group representing some of the largest U.S. corporations, including Alphabet (the parent company of Google), Apple, Amazon, Citigroup, JPMorgan, Goldman Sachs, AT&T and Home Depot, gave their support last week to Biden’s plan to require private-sector companies with more than 100 employees to mandate vaccination or  alternatively, conduct weekly COVID-19 testing. Many of its prominent members will be in attendance.

A statement from the group approvingly said, “Business Roundtable welcomes the Biden Administration’s continued vigilance in the fight against [Covid-19]. America’s business leaders know how critical vaccination and testing are in defeating the pandemic, which is why so many have invested resources in encouraging and incentivizing their customers and employees to get vaccinated, including providing paid time off.”

The president’s orders help alleviate the conflicts faced by business executives. Their employees have been divided into two camps. One group opposes the shots, claiming that it's their body and the government has no right to interfere and force a vaccination on them. The other side says that they’re afraid to work alongside the unvaxxed, as they could catch and spread the virus. The executive order now takes the burden off of corporate management, as vaccines are required. Although, there is still the loophole of getting tested.

Even with the backing and support of big business, Biden will have some pushback. According to the Washington Post, “Republican leaders blasted President Biden’s sweeping new coronavirus vaccine mandates for businesses and federal workers, decrying them as unconstitutional infringements on personal liberties and promising to sue.”

Doug Ducey, the governor of Arizona, said, “President Joe Biden is overreaching with his new requirement for employees of large businesses to be vaccinated or regularly tested for [Covid-19].” Ducey said the Biden rule “requires pushback and response.” The Republican governor declined to say how the state would respond.

So far, it seems that large unions representing workers are weighing the new orders. “Unions have been treading a fine line over the new policy, arguing that workers and labor should have a say in any vaccine mandate policy—required by the federal government or not—while also strongly urging their members to get the shot,'' Politico reported.

“The American Federation of Government Employees, a 313,000-member union that represents 700,000 federal and Washington, D.C. government workers and a member of the influential AFL-CIO labor federation, issued a statement on Thursday from the organization's national president, Everett Kelley, that encouraged vaccination, but blasted the mandate.” The organization argued, “Changes like this should be negotiated with our bargaining units where appropriate.” Kelley added, “We expect to bargain over this change prior to implementation.”