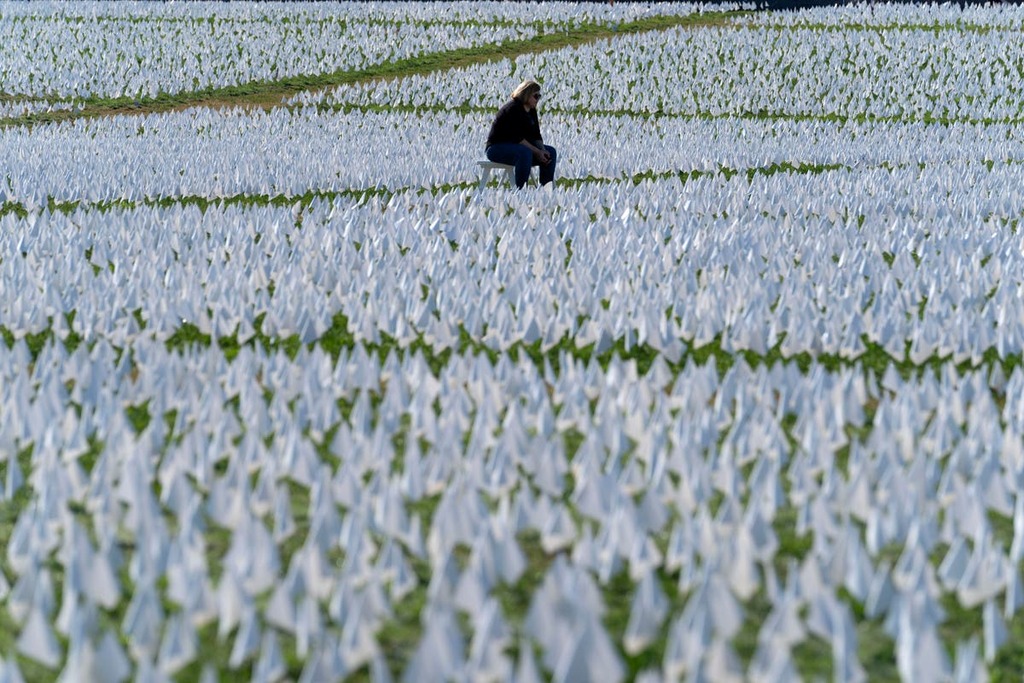 White House hosts global Covid summit as Biden marks 1 million Americans dead from virus
‘We must remain vigilant against this pandemic and do everything we can to save as many lives as possible, as…

The Guardian - US
Biden marks the approaching milestone of 1 million U.S. COVID-19 deaths

"One million empty chairs around the dinner table. Each an irreplaceable loss," President Biden said Thursday.

AFP
Get all your news in one place
Latest Health news: 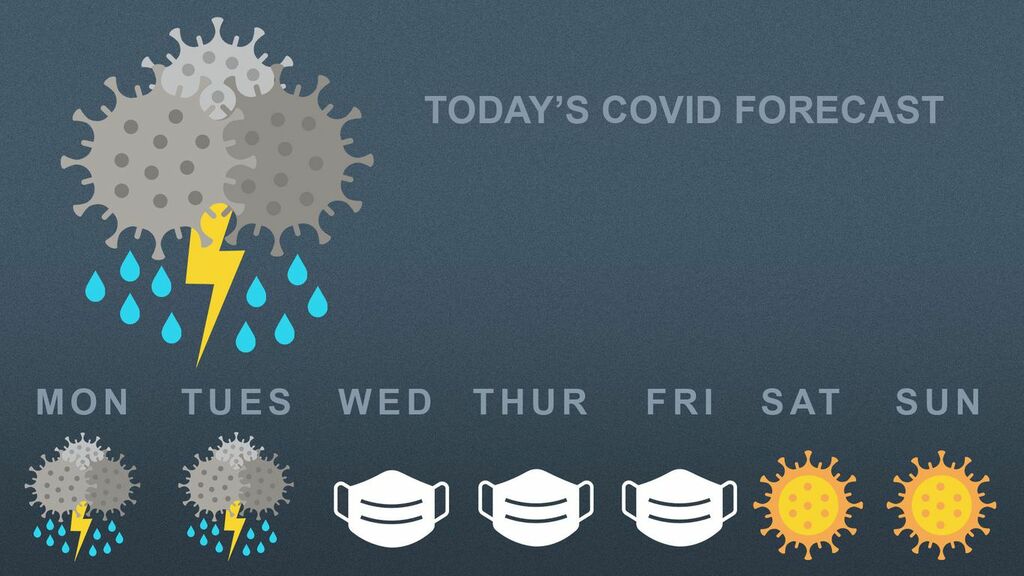 Latest surge puts America's COVID apathy to the test
A new wave of coronavirus cases is challenging the idea that the pandemic is over.

From stress to sunlight to hormones, here are five common factors that can contribute to a flare-up of Lupus symptoms.

Axios
From analysis to good news, read the world’s best news in one place
One million Americans have died of COVID-19

United States President Joe Biden appealed to world leaders to commit to a renewed international effort to confront the COVID-19 pandemic, as he marked the approaching “tragic milestone” of one million deaths from the virus in the US.

“This pandemic isn’t over,” Biden told the second global pandemic summit on Tuesday. “Today, we mark a tragic milestone here in the United States, one million COVID deaths — one million empty chairs around the family dinner table.”

The coronavirus has killed more than 999,000 people in the US and at least 6.2 million people globally since it emerged in late 2019, according to figures compiled by Johns Hopkins University.

Biden issued a proclamation Thursday directing that US flags be flown at half-staff through sunset on Monday to honour those who lost their lives to the virus.

The summit, jointly hosted by the US, Belize, Germany, Indonesia and Senegal, was held virtually on Thursday for countries to discuss efforts to end the pandemic and prepare for future health threats.

It aimed to build on commitments made at the first global summit in September, including getting more people vaccinated, sending tests and treatments to highest-risk populations, expanding protections to healthcare workers, and generating financing for pandemic preparedness.

In remembrance of today’s tragic milestone, I’ve ordered the United States flag to be flown at half-staff in memory of the one million American lives lost to COVID-19. pic.twitter.com/QZMjPPlB0z

The development comes amid fading momentum on COVID vaccinations and treatments, as global infections and deaths have declined in many countries in recent months. But some countries – including in the US – are seeing cases rise once again and billions of people across the globe remain unprotected against the disease.

“No issue is more important than people’s wellbeing,” European Commission President Ursula von der Leyen said. “We cannot be complacent. The pandemic is not over.”

Indonesia’s President Joko Widodo said not every country could afford to provide COVID vaccinations, tests and treatment for its population. “There should be no monopoly in the health industry supply chains.”

On Thursday, the World Health Organization said more than two million people have died of COVID-19 in countries in the WHO European Region.

Some 65 percent of the world’s population has received at least one COVID-19 vaccine dose, but fewer than 16 percent of people in poor countries have been immunised. It is highly unlikely countries will hit the World Health Organization target of vaccinating 70 people of all people by June.

After the delivery of more than one billion vaccines to the developing world, the problem is no longer a lack of shots but of logistical support to get doses into arms. According to government data, more than 680 million donated vaccine doses have been left unused in developing countries because they were expiring and could not be administered quickly enough. As of March, 32 poorer countries had used less than half of the COVID-19 vaccines they were sent.

Biden addressed the opening of the virtual summit with prerecorded remarks and made the case that tackling COVID-19 “must remain an international priority”.

“This summit is an opportunity to renew our efforts to keep our foot on the gas when it comes to getting this pandemic under control and preventing future health crises,” Biden said.

The leaders announced about $3bn in new commitments to fight the virus, along with a host of new programmes meant to boost access to vaccines and treatments around the world. But that was a far more modest outcome than at last year’s meeting.

Canada’s Justin Trudeau pledged $732m in new funding to the ACT Accelerator, the global health fund launched at the beginning of the pandemic in April 2020, while South Korea promised $300m.

In a White House factsheet, the US announced that it will contribute an additional $200m to the fund for future pandemic preparedness at the World Bank, bringing its total contribution to $450m.

“We are making available health technologies that are owned by the United States government, including stabilised spike protein that is used in many COVID-19 vaccines,” Biden said in his speech.

The development also comes as Biden called on Congress to provide more funding for testing, vaccines and treatments, something lawmakers have been unwilling to deliver so far.

The lack of American funding — Biden has requested but not received another $22.5bn of what he calls critically needed money — is a reflection of faltering resolve in the US that jeopardises the global response to the pandemic.

The US has shipped more than 535 million vaccine doses worldwide and provided more than $19bn in healthcare assistance, according to the White House factsheet, more than any other donor nation.

Congress has balked at the price tag for COVID-19 relief and has thus far refused to take up the package because of political opposition to the impending end of pandemic-era migration restrictions at the US-Mexico border.

Even after a consensus for virus funding briefly emerged in March, lawmakers decided to strip out the global aid funding and solely focus the assistance on shoring up US supplies of vaccine booster shots and therapeutics.

US members of Congress are scheduled to hold a moment of silence to commemorate the one million American lives lost to COVID-19 later on Thursday.

White House hosts global Covid summit as Biden marks 1 million Americans dead from virus
‘We must remain vigilant against this pandemic and do everything we can to save as many lives as possible, as…

The Guardian - US
Biden marks the approaching milestone of 1 million U.S. COVID-19 deaths

"One million empty chairs around the dinner table. Each an irreplaceable loss," President Biden said Thursday.