Biden’s signature bill isn’t that expensive. It’s a drop in the bucket 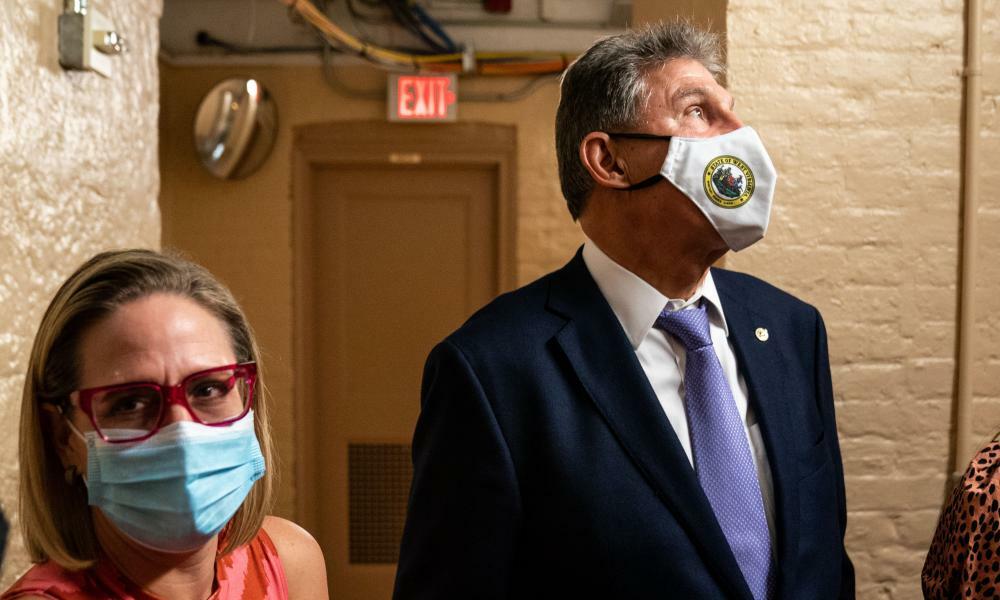 As Democrats continue negotiations in the hopes of saving Biden legislative agenda, one thing has consumed the media and conservative Democrats in Congress: the price tag. Nearly every news item on Biden’s signature Build Back Better reconciliation bill has led with the $3.5tn cost, as if the price were in the title of the bill itself.

The West Virginia senator Joe Manchin issued a scathing critique of the supposedly profligate Biden agenda, calling the reconciliation bill “fiscal insanity” that ignores the “brutal fiscal reality our nation faces”. The Arizona senator Kyrsten Sinema claims that she cannot support a bill with a price tag this high. The tone of these conservative senators and the media coverage would lead anyone to think that $3.5tn of additional spending over a decade was an enormous amount of money that would drastically increase the size of government, endanger government coffers, and even “re-engineer the social and economic fabric of this nation”.

This elides the fact that Congress routinely passes bills with fiscal implications this large or larger with virtually no media coverage, debate or public comment. The federal government spends $7.5tn a decade on the military, with little to no serious attempts to reverse this spending or even to curtail its growth. The Trump administration passed $2tn in tax cuts with little comment on the cost.

The selective focus on cost reveals our societal priorities. Spending that reifies the power of business is considered common sense, while attempts to address inequalities in society are bitterly opposed. A dollar that goes toward a missile destined for a wedding in Afghanistan or the offshore tax haven of a billionaire is less objectionable to those in charge than a dollar that goes to feeding a hungry child.

The primary problem with the hyperfocus on cost is that this bill just does not cost all that much. The $350bn a year in increased spending represents just 1.5% of the US GDP. In his statement, Manchin contrasted the $3.5tn price tag over a decade with the $5.4tn the federal government has spent over the last 18 months. This really gives the game away: $520bn over 18 months is just a drop in the bucket compared with the current level of $5.4tn. This all comes in a country that spends comparatively little on social programs in the first place.

Even after passing reconciliation as is, the American welfare state would still be a small investment by the standards of world economies. This is not a radical spending package: it’s the agenda of a moderate president, supported by the moderate leaders of the party, and even by groups like the arch-centrist thinktank Third Way.

Additionally, the package would be paid for while maintaining the United States’ comparatively low tax burden. Indeed, it says a lot that obstructionist conservative Democrats are concerned far more with the official price tag than what is actually in the bill and what will get cut.

In defense budgets, which are passed without the blink of an eye, massive amounts of money end up in boondoggles and lining the pockets of contractors: $1.7tn on a fighterjet that will barely fly, at least $35bn on ships that literally disintegrate when they touch salt water, and more and more. Each of these wasteful programs could pay for huge chunks of the sort of popular and useful social spending that is currently so controversial.

So easy is it to raise money for the military, that Congress even uses the defense budget as a backdoor to necessary economic spending: like when it fights to keep open bases the military wants closed, build tanks the army doesn’t want, in order to protect US jobs. This turns defense spending into a constant stimulus package, employing people in makework jobs because it is politically easier than just making sure people have enough money. The same politicians who demand scrimping when providing for needy families are more than happy to spend extravagantly on war.

The debate around the Biden legislative agenda shows how clearly our society’s priorities are out of tune with people’s actual needs. It’s not about spending too much money, deficits, waste or fostering a “culture of dependency”. Rather, this demonstrates once again how much our power structure is aimed at protecting the status quo and the interests of the rich and powerful at the expense of everyone else.

The provisions in the reconciliation bill are not only a moral necessity and good policy: they are extremely popular. Yet, the elected officials who support unlimited military spending are responding to lobbyists and donors, and opposing social spending on their behalf.

Pointing out hypocrisy on the part of fiscal conservatives is not a winning strategy, but this hypocrisy points to a fundamental contradiction in the way American society is organized. It’s far harder for government to provide help to the weak than it is to protect the powerful, and the choices of our elected officials rarely reflect the preferences of the citizens they represent. This situation is untenable. Now more than ever, we need a transformative movement that will fundamentally reorient our society’s priorities. That starts with passing the reconciliation bill.