Biden’s new vaccine mandates: What do they do and whom do they affect? 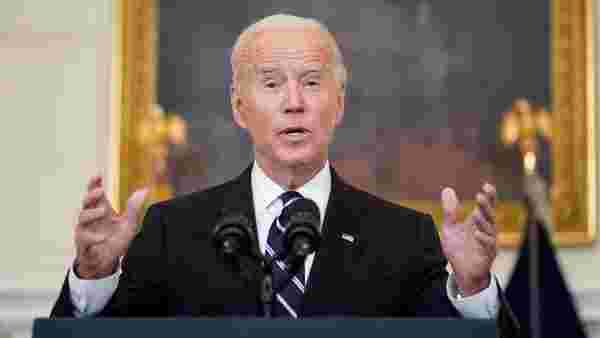 President Biden on Thursday announced the government’s strictest mandates yet for Covid-19 vaccinations, with a combination of orders that will affect tens of millions of U.S. workers.

Unvaccinated federal employees and contractors must get the shot within 75 days or face escalating consequences that could end up resulting in termination of their employment. Employees of large companies will be covered under a forthcoming Labor Department rule that will order all businesses with more than 100 employees to require their workers to be vaccinated or face weekly testing. The employers will also have to give workers paid time off to get vaccinated or to recover from any side effects of getting vaccinated.

The new mandates come in the wake of the U.S. Food and Drug Administration’s formal approval of the Pfizer-BioNTech vaccine and the surge of coronavirus cases caused by the highly contagious Delta variant that have set back the U.S.’s progress toward ending the pandemic.

Here is what we know about the new vaccination requirements:

What does the mandate mean for federal workers and contractors?

Thursday’s executive order tightens existing rules for federal workers and contractors. Until now, those who worked on site had to either be vaccinated or face regular testing and other measures. Now they don’t have the testing option, and must get the shot within 75 days.

If employees refuse to get vaccinated, they will face the standard disciplinary process for federal workers. Besides termination, the process can include warning letters, oral or written counseling, and temporary suspensions.

Who does the rule for private businesses affect?

The White House estimates that the policy will impact about 80 million private-sector workers. The mandate also covers workers in most healthcare settings that receive Medicare or Medicaid reimbursement—around 50,000 health providers, including nursing homes that have dealt with some of the most severe and deadly coronavirus outbreaks.

How will the rule be enforced?

Businesses that don’t comply can face fines of up to $14,000 per violation. There is no national system for employers to track or report vaccination status, and rule violations will likely have to be reported by a business’s employees to the Occupational Safety and Health Administration. These employees would be protected under federal worker safety laws from possible retaliation by their employer.

What’s the legal basis for requiring businesses to mandate vaccinations or weekly testing?

The Biden administration is relying on its powers under OSHA’s Emergency Temporary Standard code, which allows OSHA, part of the Labor Department, to immediately enact a rule if “workers are in grave danger due to exposure to toxic substances or agents determined to be toxic or physically harmful or to new hazards."

That regulation (in this case, a vaccination and testing mandate) is enacted for six months until a final rule that goes through usual rule-making procedures can be approved.

Though a rule requiring vaccination is significantly stricter than any policy imposed by the federal government thus far, the Biden administration has been strongly supportive of employer mandates. The Equal Employment Opportunity Commission, an independent government agency, issued guidance in December affirming that employers could require vaccines, and restated that message in June. Many major employers, including Walmart, Walt Disney Co., and Tyson Foods Inc., have implemented shot mandates in recent weeks.

Will there be court challenges?

Just as there have been legal challenges to vaccination mandates imposed by private employers and public institutions such as state universities, there are sure to be challenges to the new Labor Department rule.

Even before Biden’s formal announcement of the policy, the Job Creators Network, a conservative business group, said it opposed the policy. “It’s one thing if a private employer requires its employees to be vaccinated," said the group’s president, Alfredo Ortiz. “It’s far different when the heavy hand of government is mandating it and requiring the employer to provide paid time off."

Several Republican governors immediately threatened to sue over the policy. South Dakota Gov. Kristi Noem said on Twitter Thursday that her legal team would file a lawsuit “the minute @joebiden files his unconstitutional rule." It isn’t clear whether South Dakota or any other state would have standing to challenge the rule.

OSHA’s Emergency Temporary Standard guidance notes that its rules may be challenged in federal court by any person who may be adversely affected within 59 days of the rule coming into effect. Filing an appeal doesn’t delay enforcement of the rule unless the court orders one.

Federal courts have historically, and so far during the pandemic, affirmed the right of the federal government and private employers to impose vaccination requirements, provided they offer reasonable accommodations to people who refuse the vaccine because of a disability or religious beliefs covered by the Americans With Disabilities Act or Title VII of the Civil Rights Act. Employers must also comply with laws ensuring a safe workplace.

There are, however, clear maximum limits on vaccination mandates. The federal government can’t impose a nationwide blanket requirement to get vaccinated to engage in certain activities (other than federally-regulated ones, such as air travel). Vaccination requirements for private individuals are the purview of states and municipalities. Already, many states and cities, such as New York City, require proof of vaccination to go to restaurants, gyms, and other venues.

On the other side of the issue, states such as Arizona and Alabama, among others, have banned the imposition of so-called vaccine passports.