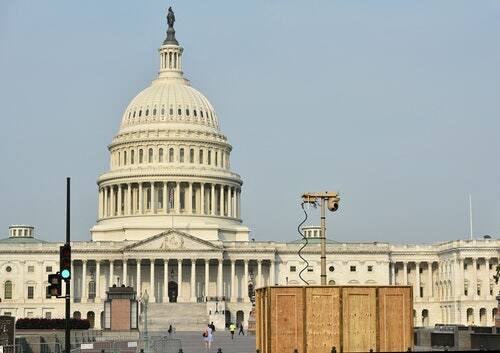 The Federal Trade Commission (FTC) is about to become even tougher on tech, as President Biden has nominated Alvaro Bedoya to serve as a new commissioner. Bedoya is a professor at Georgetown Law and an outspoken critic of surveillance technology’s use in law enforcement.

The White House hasn’t confirmed the news, which was reported by The Washington Post, but Bedoya himself said in a tweet that the nomination “is the honor of my life.” With big tech critic Lina Khan heading up the agency that promotes consumer protection, the FTC is now strongly skewed Democratic. Bedoya previously served as lawyer for a U.S. Senate subcommittee on tech privacy.

The FTC has already begun going after tech companies. Late last year it filed an antitrust complaint against Facebook, arguing that its large size has allowed it to thwart competition and maintain power in the social media landscape. It lost that case back in June, but quickly refiled an amended complaint in August that more clearly outlines its case.

Bedoya is focused more on controversial uses of technology as it pertains to consumer privacy. But arguably the market power of Facebook, Google, and others has been accumulated through collecting vast sums of data on consumers, and violations of consumer data protection laws are possible for the large companies because the benefits outweigh the costs of relatively small fines. Times have changed, however, and many data scandals have made people take conscience of the value of their personal data, which isn’t only a privacy concern but also a competition concern. People are more aware of the exchange they’re making in order to use “free” services like Instagram.

Evan Greer, director of the digital rights advocacy group Fight for the Future, praised the news in a tweet. “Congrats [Alvaro Bedoya] and more importantly congrats the world cuz we need people at the FTC who are serious about human rights and addressing the harms of surveillance.”

If confirmed into his position, Bedoya could move to crack down on data collection services like Amazon Rekognition and Clearview AI, two facial recognition tools that have been used by law enforcement to invariably identify suspects and surveil for criminal activity. The use of facial recognition has been criticized for violating people’s privacy as information is collected without their consent or under reasonable cause, and the technology is seen as a way for police to intimidate protestors at rallies. Clearview AI uses images collected from social networks in order to identify people in pictures. The company has collected the images in violation of Facebook and others’ privacy policies. Either way, these types of scandals and abuses illuminate a need to more heavily regulate data collection and uses that give consumers greater control.