Biden on Taiwan: Did he really commit US forces to stopping any invasion by China? An expert explains why, on balance, probably not

The White House has been left scrambling a little after President Joe Biden suggested on May 23, 2022, that the U.S. would intervene militarily should China attempt an invasion of Taiwan.

The comment, which Biden made during a trip to Japan, was taken by some observers as a deviation from the official U.S. line on Taiwan, in place for decades. But officials in Washington walked back that interpretation, saying instead that it only referred to military assistance.

Meredith Oyen, an expert on U.S.-China relations at the University of Maryland, Baltimore County, helps explain the background to Biden’s recent comments and untangles what should be read into his remarks – and what shouldn’t.

What did Biden say and why was it significant?

Asked if the U.S. was willing to get involved “militarily” in the event of an invasion of Taiwan, Biden replied, “yes.” A follow-up question saw the U.S. president add: “That’s the commitment we have made.”

By my count, this is the third time Biden has as president suggested that the U.S. will come to Taiwan’s aid militarily if the island is attacked. In 2021 he made similar remarks in an interview with ABC News and then again while taking part in a CNN town hall event.

But it is significant that this is the first time he has made the assertion while in Asia.

An important thing to note is that on each occasion he has made such a comment, it has been followed quite quickly by the White House walking back the remarks, by issuing statements along the lines of “what the president actually means is…” and stressing that this isn’t a shift away from the official U.S. policy on China or Taiwan.

However, the remarks and the clarifications have increased doubt over whether Biden is continuing the policy of “strategic ambiguity” on Taiwan.

What does ‘strategic ambiguity’ mean?

Strategic ambiguity has long been the U.S. policy toward Taiwan – really since the 1950s but certainly from 1979 onward. While it does not explicitly commit the U.S. to defending Taiwan in every circumstance, it does leaves open the option of American defensive support to Taiwan in the event of an unprovoked attack by China.

Crucially, the U.S. hasn’t really said what it will do – so does this support mean economic aid, supply of weapons or U.S. boots on the ground? China and Taiwan are left guessing if – and to what extent – the U.S. will be involved in any China-Taiwan conflict.

By leaving the answer to that question ambiguous, the U.S. holds a threat over China: Invade Taiwan and find out if you face the U.S. as well.

Traditionally, this has been a useful policy for the U.S., but things have changed since it was first rolled out. It was certainly effective when the U.S. was in a much stronger position militarily compared to China. But it might be less effective as a threat now that China’s military is catching up with the U.S.

Leading voices from U.S. allies in Asia, such as Japan, believe that “strategic clarity” might be a better option now – with the U.S. stating outright that it would defend Taiwan if the island is attacked.

So Biden’s comments could hint at this shift?

There does seem to be a pattern: Biden says something seemingly very clear on defending Taiwan, and that then gets walked back. If no one in Washington was walking back the comments then it would seem like an intentional shift in policy by the Biden administration.

But the fact that the White House has always been quick to clarify the comments suggests to me that it isn’t necessarily intentional. It seems like Biden is simply trying to signal more support for Taiwan, and perhaps reassure U.S. allies in Asia.

But I’m a historian, not a strategist. It could be that this is some advanced chess game that I can’t figure out.

What is the history of US relations with Taiwan?

But in 1971, the United Nations shifted recognition to the People’s Republic of China on the mainland. In 1972, President Richard Nixon made a now-famous trip to China to announce a rapprochement and sign the Shanghai Communique, a joint statement from communist China and the U.S. signaling a commitment to pursue formal diplomatic relations. A critical section of that document stated: “The United States acknowledges that all Chinese on either side of the Taiwan Strait maintain there is but one China and that Taiwan is a part of China. The United States Government does not challenge that position.”

The wording was crucial: the U.S. was not formally committing to a position on whether Taiwan was part of the China nation. Instead, it was acknowledging what the governments of either territory asserted – that there is “one China.”

Where does US commitment of military support for Taiwan come from?

After establishing formal diplomatic relations with China in 1979, the U.S. built an informal relationship with the ROC on Taiwan. In part to push back against President Jimmy Carter’s decision to recognize communist China, U.S. lawmakers passed the Taiwan Relations Act in 1979. That act outlined a plan to maintain close ties between the U.S. and Taiwan and included provisions for the U.S. to sell military items to help the island maintain its defense – setting the path for the policy of strategic ambiguity.

What has changed recently?

China has long maintained its desire for an eventual peaceful reunification of its country with the island it considers a rogue province. But the commitment to the principle of “one China” has become increasingly one-sided. It is an absolute for Beijing. But in Taiwan, however, resistance to the idea of reunification has grown amid a surge of support for moving the island toward independence.

Beijing has become more aggressive of late in asserting that Taiwan must be “returned to China.” Domestic politics plays a role in this. At times of internal instability in China, Beijing has sounded a more belligerent tone on relations between the two entities separated by the Taiwan Strait. We have seen this over the last year with Beijing sending military aircraft into Taiwan’s Air Defense Zone.

Meanwhile, Chinese assertion of increased authority over Hong Kong has damaged the argument for “one country, two system” as a means of peaceful reunification with Taiwan.

How has the US position shifted in the face of Beijing’s stance?

Biden has definitely been more openly supportive of Taiwan than previous presidents. He officially invited a representative from Taiwan to his inauguration – a first for an incoming president – and has repeatedly made it clear that he views Taiwan as an ally.

He also didn’t overturn the Taiwan Travel Act passed under the the previous administration of Donald Trump. This legislation allows U.S. officials to visit Taiwan in an official capacity.

So there has been a shift to a degree. But the White House is keen not to overstate any change. At heart, there is a desire by the U.S. to not stray from the Shanghai Communique.

So is an invasion of Taiwan likely?

I don’t think we are anywhere near that yet. Any invasion across the Taiwan Strait would be militarily complex. It also comes with risks of backlash from the international community. Taiwan would receive support from not only the U.S. – in an unclear capacity, given Biden’s remarks – but also Japan and likely other countries in the region.

Meanwhile, China maintains that it wants to see reintegration through peaceful means. As long as Taiwan doesn’t force the issue and declare independence unilaterally, I think there is tolerance in Beijing to wait it out. And despite some commentary to the contrary, I don’t think the invasion of Ukraine has raised the prospects of a similar move on Taiwan. In fact, given that Russia is now bogged down in a months-long conflict that has hit its military credibility and economy, the Ukraine invasion may actually serve as a warning to Beijing.

Meredith Oyen does not work for, consult, own shares in or receive funding from any company or organisation that would benefit from this article, and has disclosed no relevant affiliations beyond their academic appointment. 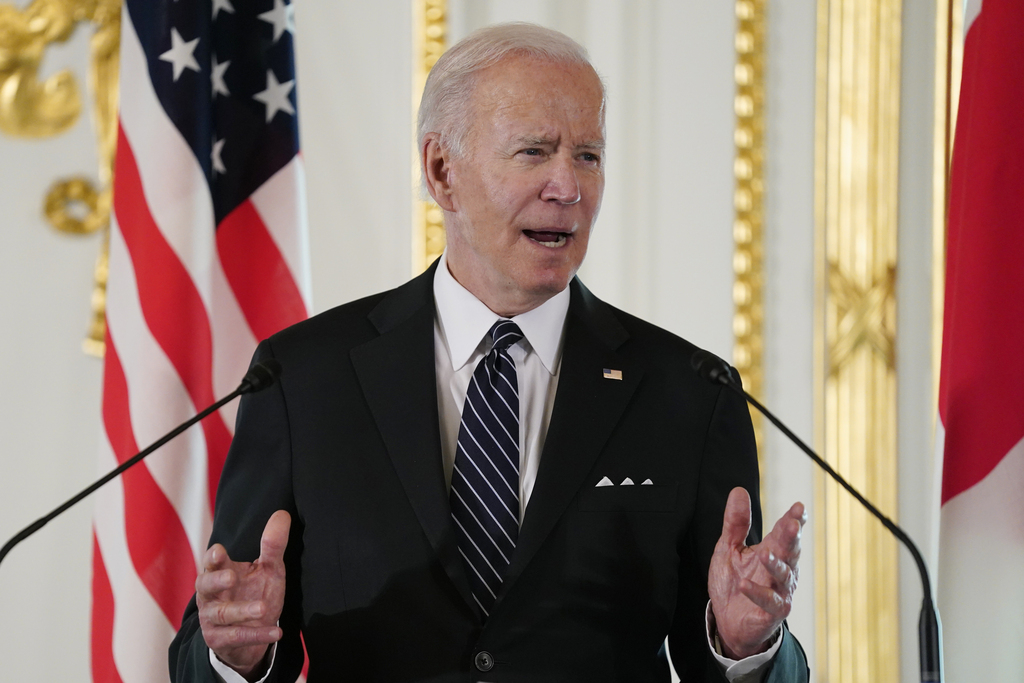