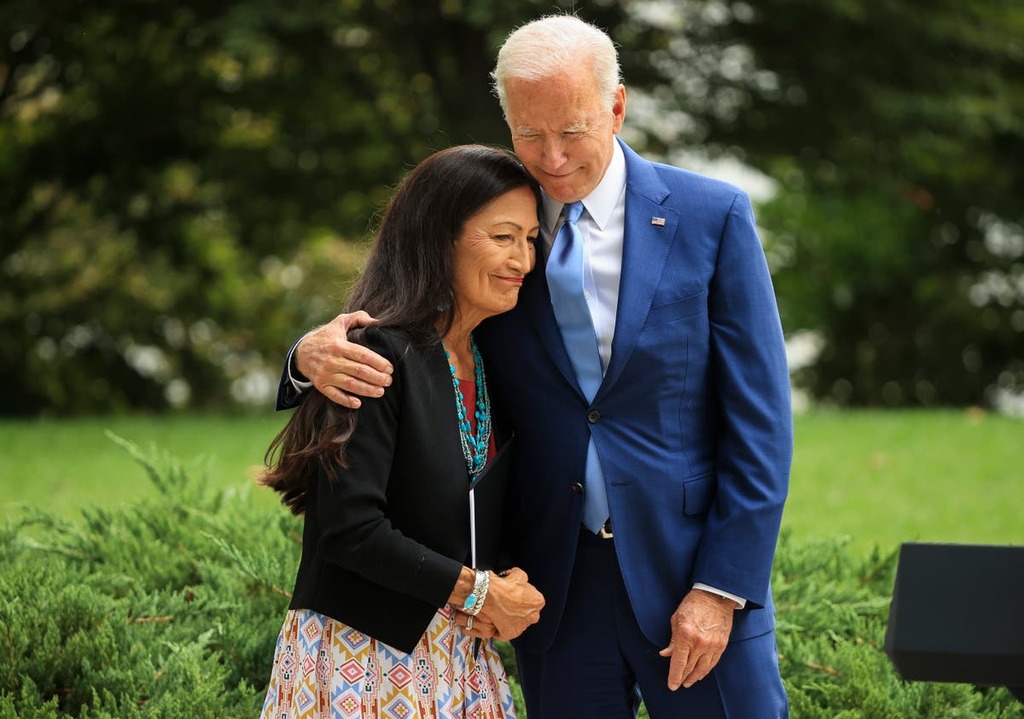 President Joe Biden has formally restored protections for three national monuments significantly cut back by Donald Trump, a move that will return boundaries set during Barack Obama’s administration and revive federal protections for thousands of acres.

The president’s proclamations restore the boundaries at Utah’s Bears Ears and Grand Staircase-Escalante national monuments, both of which have deep historical ties and significance to Native American Tribes.

The monuments were federally established by former President Barack Obama under the Antiquities Act, which grants presidents the ability to create national monuments. Mr Trump was the first president to invoke the law to reduce monument protections.

The day “celebrates the invaluable contributions and resilience of Indigenous peoples, recognizes their inherent sovereignty, and commits to honoring the Federal Government’s trust and treaty obligations to Tribal Nations,” he said in his proclamation.

“Our country was conceived on a promise of equality and opportunity for all people – a promise that, despite the extraordinary progress we have made through the years, we have never fully lived up to,” he said. “That is especially true when it comes to upholding the rights and dignity of the Indigenous people who were here long before colonization of the Americas began.”

In a parallel proclamation recognising Columbus Day, he said the holiday honouring Christopher Columbus also must acknowledge “the painful history of wrongs and atrocities that many European explorers inflicted on Tribal Nations and Indigenous communities.”

“It is a measure of our greatness as a Nation that we do not seek to bury these shameful episodes of our past – that we face them honestly, we bring them to the light, and we do all we can to address them,” he said.

Interior Secretary Deb Haaland, the first Native American to serve as a White House cabinet secretary, said the president’s protections for national monuments mark a “profound action … to permanently protect the homelands of our ancestors.”

The administration is committed to “centering the voice of Indigienous people” and promote the government’s “shared stewardship” with Tribal nations, she said in remarks outside the White House on Friday.

“The president’s decision to enlarge the monuments again is a tragic missed opportunity – it fails to provide certainty as well as the funding for law enforcement, research, and other protections which the monuments need and which only Congressional action can offer,” he said in a statement on 7 October.

The governor suggested that he will legally challenge the Biden administration’s move.

“The protection of public lands … must not become a pendulum depending on who is in public office,” Mr Biden said on Friday. It’s not a partisan issue.”