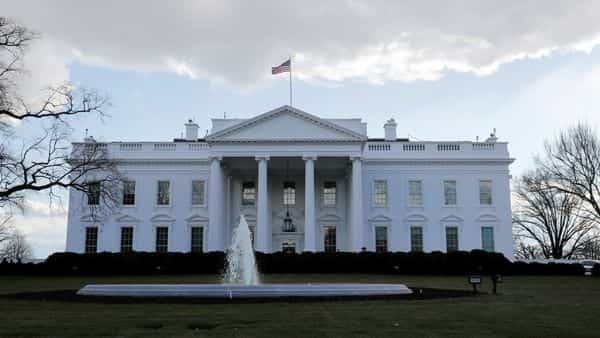 WASHINGTON : The White House is asking Congress to pass a law providing green cards for the tens of thousands of Afghans the Biden administration evacuated from Kabul and is bringing to the U.S. on temporary humanitarian grounds.

The proposal was included in a funding request the White House sent to Congress on Tuesday, asking lawmakers to provide $6.4 billion toward the Afghan refugee resettlement effort. That money would fund operations on U.S. military bases, where refugees are being housed and processed, as well as resettlement benefits for the Afghans once they arrive in the U.S. and speed up the processing of their immigration paperwork.

The requested legal fix, which would allow all Afghan refugees brought to the U.S. to apply for a green card after a year, would provide a solution for the legal quandary the Biden administration created when it began bringing tens of thousands of Afghans to the country without a permanent immigration status.

The administration has said that only a small share of those entering the U.S. qualified through the Special Immigrant Visa program, intended for Afghan interpreters, drivers, embassy workers and others who directly worked for the American military and U.S. contractors, along with their family members. Those Afghans are considered particularly at risk after the Taliban swept into Kabul in August and regained control of Afghanistan.

“We gave people an assurance backed by the U.S. government that we would protect people and their families if they helped us in specific ways," said Kristie de Pena, director of immigration policy at the Niskanen Center, a libertarian Washington think tank. “If we don’t follow through with that commitment, we are going to see both short- and long-term national security effects."

While Republicans have been broadly supportive of Afghans who worked for the U.S., the proposal to give green cards to a broad set of the evacuees has prompted fresh criticism from some GOP lawmakers already upset with President Biden’s handling of the war’s aftermath.

“Joe Biden left behind thousands in Afghanistan who already have American citizenship, green cards, or pending visas, but now he wants to award unlimited green cards to people who didn’t serve alongside our troops and who may even threaten our safety and health—all while exempting them from the normal refugee screening process," said Sen. Tom Cotton (R., Ark.), a veteran whose office said he’s helped hundreds of Afghans evacuate. “This proposal is just another chapter in Biden’s rolling fiasco of an Afghanistan policy."

The State Department acknowledged last week that though the evacuation was intended to give priority to Afghan Special Immigrant Visa applicants, the majority of them had been left behind in the chaotic and rushed operation.

Administration officials estimate that as many as 65,000 Afghans will arrive in the U.S. by the end of September, with another 30,000 arriving over the next year, according to people familiar with the matter. An administration official said the majority of the evacuated population aided the U.S. in some capacity, even if they don’t qualify for Special Immigrant Visas, or are their family members.

Without a change in the law, the Afghans entering outside the formal SIV program would need to apply for asylum or another permanent immigration status, such as a green card through a U.S. citizen family member.

Obtaining a green card requires extensive background checks, submitting fingerprints and other biometric information and receiving a medical checkup. Normally, immigrants are barred from receiving a green card if they have committed a range of crimes, including using illegal drugs, though the Biden administration is proposing to waive some of those disqualifications in individual cases to “preserve family unity."

Still, some Republicans are concerned that the Biden administration’s program will benefit Afghans whom Congress never intended to help when it created the Special Immigrant Visa program for Afghans in 2009.

“I support the resettlement of our Afghan allies who stood with us during our operations in Afghanistan, however it is becoming abundantly clear that the majority of those being processed are Afghan evacuees without a record of supporting our efforts," said Sen. Rob Portman (R., Ohio), the top Republican on the Senate Homeland Security Committee.

Creating a new pathway for Afghans also could place new burdens on an immigration system that is plagued with yearslong backlogs and understaffing. It could also pull resources away from other immigration programs. As part of its funding request, the administration asked for $193 million to hire additional staff at U.S. Citizenship and Immigration Services, the agency that issues green cards.

Already, immigrant-advocacy organizations have been mobilizing to try to connect each of the Afghans temporarily housed on U.S. military bases with a lawyer who could assist them with the immigration process.

Republicans and some Democrats in Congress have expressed frustration with the administration, saying they can’t get answers to specific questions about how many of the Afghans the U.S. is now aiding actually served alongside America during its two-decade war.

At a press conference last Friday, Homeland Security Secretary Alejandro Mayorkas described the evacuated population as “Special Immigrant Visa holders, individuals who have assisted the United States in Afghanistan, and all other vulnerable Afghans, such as journalists and vulnerable women and girls."