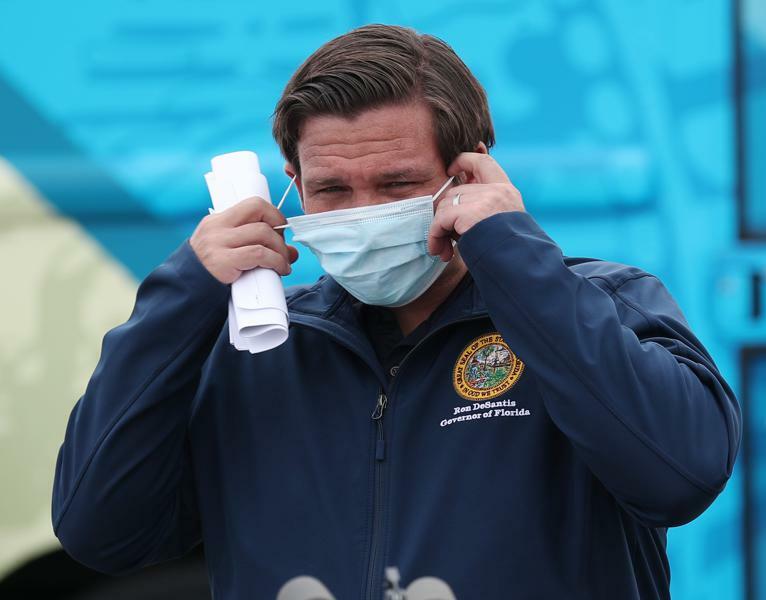 Just hours after a Florida appeals court reinstated Gov. Ron DeSantis’ ban on mask mandates in local school districts Friday, the U.S. Department of Education announced a civil rights investigation into the policy, which it warned could harm students with disabilities.

In a Friday letter to state Education Commissioner Richard Corcoran, DOE’s Office for Civil Rights said Florida’s policy — which requires school districts to let parents opt their children out of mask-wearing rules — may run afoul of federal non-discrimination laws by making it harder for schools to protect students who face an elevated risk of Covid-19.

DOE said it hasn’t necessarily concluded Florida’s policy is unlawful yet, and promised to act as a “neutral factfinder” during its probe.

The federal government opened similar investigations last month into five other states that ban or sharply restrict local mask mandates, and warned it could add Florida to the list if a court order striking down the state’s policy is reversed.

Forbes has reached out to DeSantis’ office and the Florida Department of Education for comment.

In its letter to Florida, DOE said it could resolve the civil rights investigation by negotiating a voluntary agreement with the state. The agency also has the power to revoke federal funding from entities deemed to have violated federal law, but Secretary of Education Miguel Cardona told NBC’s Meet The Press last month that approach “doesn’t usually work” and “adds insult to injury to these students who are trying to get into the classroom.”

Florida banned local mask mandates over the summer, joining several other Republican-controlled states with restrictions on mask-wearing rules. DeSantis cast the move as a way of giving parents discretion over their children’s health needs, but the policy — which comes as Florida struggles with a high Covid-19 infection rate — earned rebukes from critics who say it prevents schools from protecting students and clashes with the CDC’s recommendations. The policy has been mired in legal challenges for weeks: A local judge halted the mask mandate ban in late August after a group of parents sued, his decision was automatically stayed after the state appealed the ruling, the judge vacated that stay and once again blocked the policy on Wednesday, and a state appeals court reinstated the stay on Friday. Meanwhile, several local school districts — including in large cities like Miami and Orlando — have imposed mask mandates despite Florida’s ban, prompting the state to threaten to withhold funding for school board members’ salaries.

The Biden administration has faced off against DeSantis on Covid-19 in the past. When Florida vowed to yank funding from districts that defy the mask mandate ban, DOE said local districts can fill in the gap with their share of federal Covid-19 relief funds, and the White House said Thursday it will make additional funds available to targeted school districts.