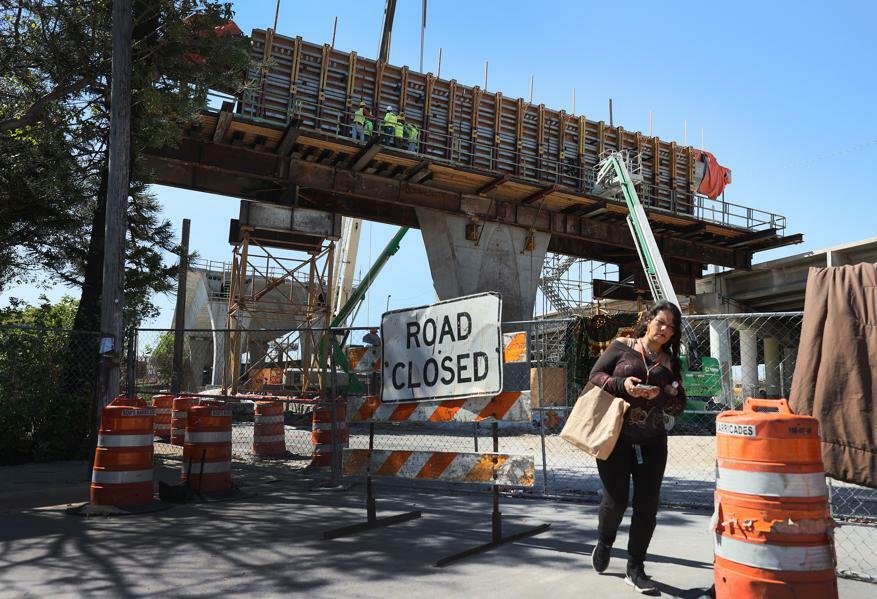 The Biden administration today announced the launch of a new initiative and $26.5 billion in funding to address the nation’s bridge crisis.

The program will be administered by the Federal Highway Administration. It represents the single largest dedicated bridge investment since the construction of the interstate highway system, according to a news release from the U.S. Department of Transportation.

According to the National Bridge Inventory, there are more than 43,000 bridges in poor condition across the U.S.

CNN noted that, “Experts have argued that updates and repairs of the nation's infrastructure could play an important role in moving goods and people across the country more efficiently and could help prevent a future supply chain crisis. The country's current infrastructure system received a C- score from the American Society of Civil Engineers in 2021.

"It is a once-in-a-generation investment that will grow the economy, enhance the competitiveness in the world, create good jobs and make our transportation more sustainable and equitable," the official said.

Nationwide, the Bridge Formula Program is expected to help repair approximately 15,000 highway bridges. In addition to providing funds to states to replace, rehabilitate, preserve, protect, and construct highway bridges, the program includes dedicated for Tribal transportation facility bridges as well as ‘off-system’ bridges, which are generally locally- owned facilities not on the federal-aid highway system, according to a news release from the Transportation Department.

“This record amount of funding, made possible by the Bipartisan Infrastructure Law, will allow states and Tribal governments to fix the bridges most in need of repair,” Deputy Federal Highway Administrator Stephanie Pollack said.

“It will also modernize bridges to withstand the effects of climate change and to make them safer for all users, including cyclists and pedestrians. Every state has bridges in poor condition and in need of repair, including bridges with weight restrictions that may force lengthy detours for travelers, school buses, first responders or trucks carrying freight,” she added.

According to the Washington Post, about half the money will be shared by 10 states. Pennsylvania, with more than 3,300 bridges in poor condition, will get $1.6 billion, while California is in line to receive $4.2 billion. Twenty-three states will receive the minimum allotment of $225 million over five years. Texas and Florida will split less than $800 million between them.

ABC News reported that a senior administration official said that, "While states generally must match federal funding with up to 20% state or local funding, the bipartisan infrastructure law allows the use of federal funds to pay for the entire cost— 100% of the cost—of repairing or rehabilitating locally owned off-system bridges," the official stressed.

"The department encourages governors and states to take advantage of this incentive to make their federal dollars go further by focusing on local bridges," they added.

Pressed on how the administration planned to enforce its desire to focus funds on repairs for existing bridges, and emphasizing equity when new bridges are constructed, particularly in Republican-run states, the official brushed off the concern.

"Bridges in general are neither red nor blue. They're an important piece of infrastructure in communities," the official said. "And the state transportation departments have a good track record of investing in bridges based on the condition of those bridges. And we're confident that with these funds and with the guidance we've provided and with the conversations that we've been having with them, they're going to be directing the funds to the bridges that are in most need of repair."

In remarks Friday afternoon at the White House, Biden put today’s announcement within the context of his administration’s progress in addressing the infrastructure crisis. He said that: