Bid to bring former Dumbarton cinema back to life 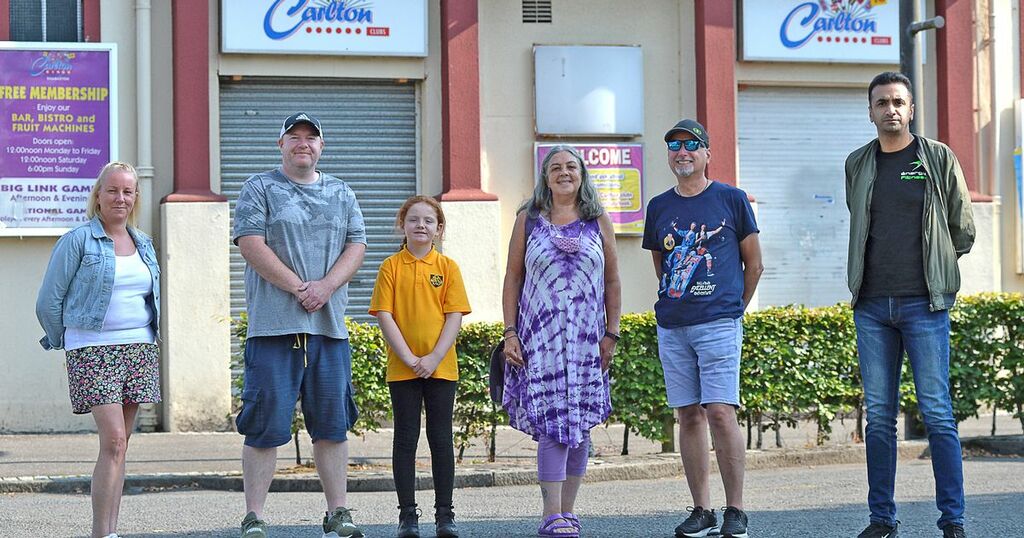 The former Dumbarton Rialto is steeped in nostalgic memories for many across the area, and now an ambitious group are hoping to bring it back into use as a community cinema.

Residents have launched a drive to reopen the old picture house, which most recently operated as Carlton bingo hall and is lying empty after closing down last year.

The idea came to Sharon Murphy, who runs Facebook page Save Dumbarton High Street, when she was walking past it and noticed a for sale sign.

She had always reminisced about the days when it was a popular cinema, where youngsters lined up for Saturday matinees and couples flocked to watch blockbuster movies.

Sharon posted her idea on the community page and dozens responded.

She said: “When I’m walking about the town I have a look at what’s going on and I saw the for sale sign at the Rialto.

“I’m always reminiscing about going to the cinema there when I was young and how nice it would be to see it reopen as that again.

“It was quite famous for its Saturday matinees where the kids would get dropped off for a couple of hours while the mums did their shopping in the high street.

“We’d have an ice cream in there and have a great time. Many people remember that and have happy memories of it.

“It was really sad when it closed down because it was such a big part of the community.

“At that time, the new big cinemas were opening and I don’t think it could compete.”

The cinema closed for good in the 1990s, with Jurassic Park being one of the last blockbusters to be
shown.

It went onto reopen as Carlton bingo hall in 1994 but that shut down in August last year, with the loss of seven jobs, leaving the building lying derelict.

Sharon continued: “It would be really sad to see a building like that become lost and it got me thinking.

“It’s something which communities have been able to do in other areas. Helensburgh has a community cinema and I don’t see any reason why we couldn’t have one too if our community got behind it.

“I put a post up to see if there was any interest in it and there was a great response.

“Sometimes you have to get the community together to bounce around ideas and see whether it’s feasible or pie in the sky.”

She told how the plans are in their very early stages, with the group exploring how it could work.

They are going to set up their first video meeting and seek advice from the council.

Sharon continued: “We will need to set up a focus group and first see whether this is feasible or not.

“We’ve been exploring ideas like making the building multi-functional with a community cafe and soft play area.”

Sharon also came across a video on YouTube named ‘Abandoned in Scotland. Rialto cinema’ showing what was left of the old picture house.

Uploaded in 2017, it shows somebody filming while exploring the abandoned cinema area of the building and discovering old signs, chairs and picture screens left behind.

She said: “The video is great and shows there’s things in there which could be saved. We need to have more of a look at the internal structure and see if we could make it work.”