Britain’s Got Talent viewers were left celebrating as Ant and Dec hit their Golden Buzzer for magician Keiichi Iwasaki.

Judges Simon Cowell, Alesha Dixon, David Walliams and Amanda Holden returned for another instalment of the auditions on the hit ITV talent show.

Ant McPartlin and Declan Donnelly also returned as hosts, watching from the sidelines as the contestants strutted their stuff on the stage in order to win a coveted spot on the Royal Variety Show.

Keiichi took to the stage for his quirky magician act, in which he got Ant and Dec involved in proceedings and stunned the audience when he levitated a ring of Alesha's finger.

At the end of the performance and having bagged a full house of yeses, Ant and Dec strutted onto stage to push the Golden Buzzer on the judging panel.

Taking to Twitter, one wrote: “He fully deserves that golden buzzer," as another posted: "EPIC golden buzzer. I bloody love magic."

But this comes amid news the Japanese magician has auditioned on the franchise in three other countries.

He has auditioned for the show three other countries, including Italy in 2016, Bulgaria in 2021 and Spain in 2019 where he made it to the semi-finals.

This comes after last week Britain's Got Talent viewers theorised who they think could be behind The Witch's facial prosthetics after the creepy act made her debut.

The Witch took to the BGT stage only to approach the judging panel and scare the bejeezus out of Simon, Amanda, Alesha and David.

The contestant handed out apples from a sinister sack while reciting a creepy chant.

Amanda had a pristine apple in her hand, which The Witch crushed up to reveal creepy crawly maggots and cockroaches, which scattered the judge's desk.

Alesha jumped out of her seat and fled the judging panel in fright after the explosion of insects, saying she would not return until they had been cleared.

BGT viewers took to Twitter to share their thoughts on the creepy stunt, with many taking guesses at who could be under the prosthetics and makeup.

Several suggested that the contestant could be none other than one of the ITV talent show’s hosts, Ant McPartlin or Dec Donnelly.

"I think ‘The Witch’ is Dec in disguise!" wrote on person, as another person said: "That witch actually looked like Ant on an undercover! Haha".

Another viewer said: "When that witch came out I thought it was Ant undercover and I don’t know why".

"No, why does the witch actually look like Ant?" someone else suggested.

The new series of Britain's Got Talent hit our screens in April and the jaw-dropping acts have ranged from dog tricks and magicians to acrobatic spectaculars and dinosaurs.

Familiar faces are back with Simon Cowell, Amanda Holden, David Walliams and Alesha Dixon once more in the judging seats.

ITV bosses were forced to cancel last year's series as the Covid pandemic and numerous lockdowns made it nearly impossible to audition acts.

In 2020, the semi-finals and final were delayed until the autumn and pre-recorded, with Simon Cowell replaced by Ashley Banjo after the media mogul suffered a nasty accident in the US.

Britain's Got Talent returns on Saturday at 8pm on ITV and ITV Hub. 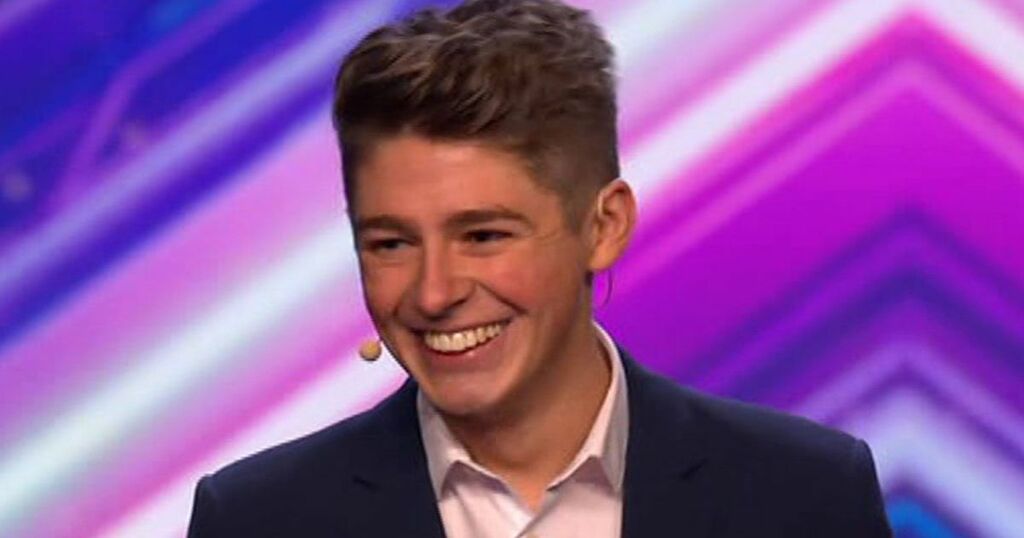 Ant and Dec finally hit their Golden Buzzer on Britain's Got Talent, sending Keiichi Iwasaki straight through to the semi…