BFC turns it on against MCFC 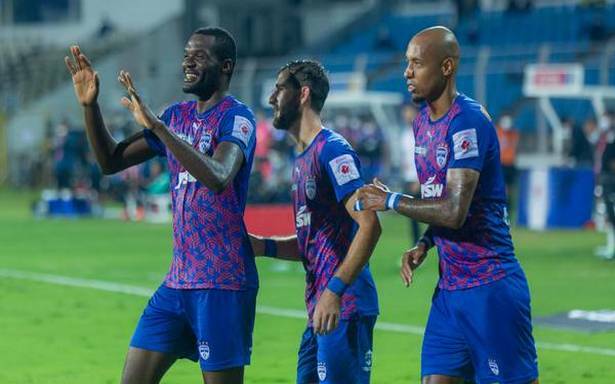 Bengaluru FC (BFC) turned in its most clinical performance of the season yet to outclass Mumbai City FC (MCFC) 3-0 at the Fatorda Stadium on Monday.

Marco Pezzaiuoli’s men effectively killed the game in the first half, as Prince Ibara scored twice after Danish Farooq gave an early lead. They were complemented by a splendid individual performance by 22-year-old Roshan Naorem, whose whip and curl created both of Ibara’s goals.

BFC’s third victory of the season lifted the side up to joint-seventh in the table with 13 points from 11 matches. For Des Buckingham’s Mumbai, the woes continued as it slipped to its third defeat in five matches. It is still second in the table, but has lost all the momentum it had gathered early on in the campaign.