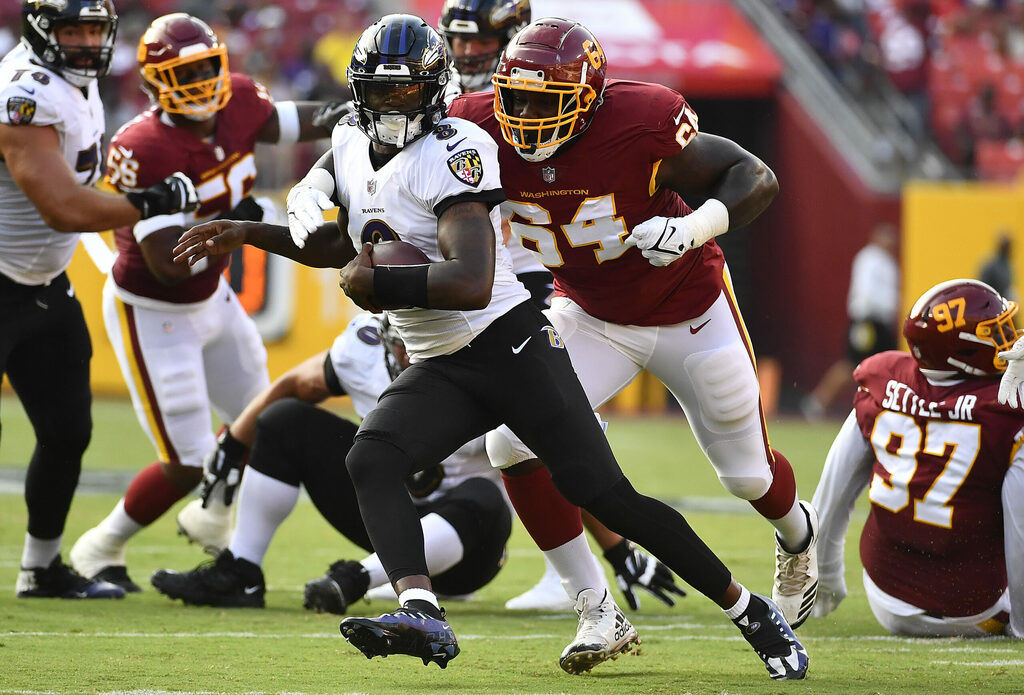 The NFL season has begun and everyone begins with a clean slate. It won’t last for long as we find out which teams look to be improved in 2021 and which struggle out of the gate. We will select a bet on each game that we like the most – betting against the point spread, the over/under or the straight up moneyline.

The Bucs are coming into the 2021 season as the defending champs and are 7.5-point favorites (Dallas -107, Tampa Bay -115). With questions surrounding the health of Dak Prescott and Pro Bowl guard Zack Martin out with COVID protocol, the Cowboys have too many unknowns to ignore. Take the Bucs and lay the 7.5 points (-115).

The oddsmakers clearly aren’t sold on the Titans being able to cover the 3.5- point spread (Arizona -130, Tennessee +105). Arizona is a trendy pick to be a playoff contender, but traveling across the country and playing at 10 a.m. body clock time is a lot to ask. Getting more than you bet on Tennessee at home looks like a good call. Take the Titans and lay the 3.5 points (+105).

Minnesota had a brutal defense last season, but have a lot of talented players coming into 2021 that weren’t on the roster last season. The Vikings are a 3.5-point favorite (Minnesota -108, Cincinnati -112). While I believe Minnesota will win, this could come down to the final drive to do so, and Minny is giving away too many points for a scenario like that. Take the Bengals plus the 3.5 points (-112).

I was surprised when I saw Seattle favored by just 2.5 points (Seattle -130, Indianapolis +105). It has the smell of a trap, but Carson Wentz has missed too much time with a foot injury, and Seattle doesn’t give away games. This one seems like a game that should have a spread a point or two higher. Take Seattle and lay the 2.5 points (-130).

The over/under is 43.5 points (-117 over/-103 under) – the second lowest O/U of the week. But, it’s there for a reason. The Jets are starting rookie Zach Wilson in his debut, and he’s going against Sam Darnold, who the Jets gave up on. It doesn’t take a lot to get this game over, but, barring a defensive or special teams score helping out, it’s going to be more difficult. Take the under (-103).

I’m no fan of the Jags being a legitimate contender, but Houston has completely overhauled its roster and has the potential to only win a couple of games all season. The Jaguars are 3.5-point road favorites (Jacksonville -102, Houston -122), which speaks to how bad things are in Houston. The Texans are going to be hard to watch and help Trevor Lawrence make a solid debut. Take Jacksonville and lay the points (-102).

Both teams have recent Super Bowl history but have both fallen on hard times over the last couple of years. They have a relatively high over/under of 48.5 points (-108 over/-112 under). Jalen Hurts still needs to prove he can be field general and Matt Ryan will start a season without Julio Jones for the first time in 10 years. Neither sounds like a formula for a shootout. Take the under (-112).

These two both think they have a Super Bowl team assembled and have an over/under of 48.5 points (-105 over/-115 under). Buffalo has the ability to get ahead by double digits in this game, which plays in Big Ben’s strength of throwing 40 times to keep up. Take the over (-105).

The point spread has Washington favored by a half-point. It doesn’t seem possible to anticipate a tie, which would be the only reason to take the hook if you think the Chargers are going to win. Washington’s defense is worth watching, but the Chargers offense will do enough to win. Take the Chargers on the moneyline (-108).

The Chiefs are 6.5-point favorites (Cleveland -115, Kansas City -107), which seems about right. Cleveland is going to try to dominate the game on the ground, but you need long drives to make that happen. Kansas City’s quick-strike ability may force the Browns to try to keep pace and that plays into the Chiefs’ hands. Take the Chiefs and lay 6.5 points (-107).

This is a make-or-break season for Daniel Jones, who needs to step up his game. Denver comes in as a 3.5-point road favorite (Denver +105, New York -130). While I’m leaning for Denver to win the game, giving away more than three points on the road to a team capable of containing Teddy Bridgewater and keeping the game close, it may be asking too much. Take the Giants and the 3.5 points (-130).

The Patriots are being shown a lot of respect as a 3.5-point favorite (Miami -130, New England +105). Without the security of a veteran like Cam Newton, if Mac Jones struggles in his debut, there is no security blanket behind him, and that could be bad news. Take Miami on the moneyline (+130).

The Saints are playing their first opener without Drew Brees in 15 years, which explains why Green Bay is a 3.5-point road favorite Green Bay -115, New Orleans -107). Jameis Winston is no Drew Brees, and the Packers will be salivating at the chance to attack a defense with a short field when Winston inevitably makes the mistakes that result in his trademark turnovers. Take the Packers and lay the 3.5 points (-115).

Matthew Stafford makes his debut with the Rams against a team he has played twice a year his entire career. The Rams are a 7.5-point favorite (Chicago -110, Los Angeles -110) and, while that is a lot to give away, Stafford knows all of their weaknesses. Take the Rams and lay the 7.5 points (-110).

The only reason this game is on Monday night is a full house in Las Vegas to give the Raiders a national showcase. But, the Raiders had an awful defense last year, struggling against the run and the pass. Baltimore is a 4.5-point favorite (Baltimore -108, Las Vegas -112), which seems too low given Lamar Jackson can scorch them on the ground and through the air. The Raiders will have to pick their poison and live with the consequences. Take the Ravens and lay the 4.5 points (-108).