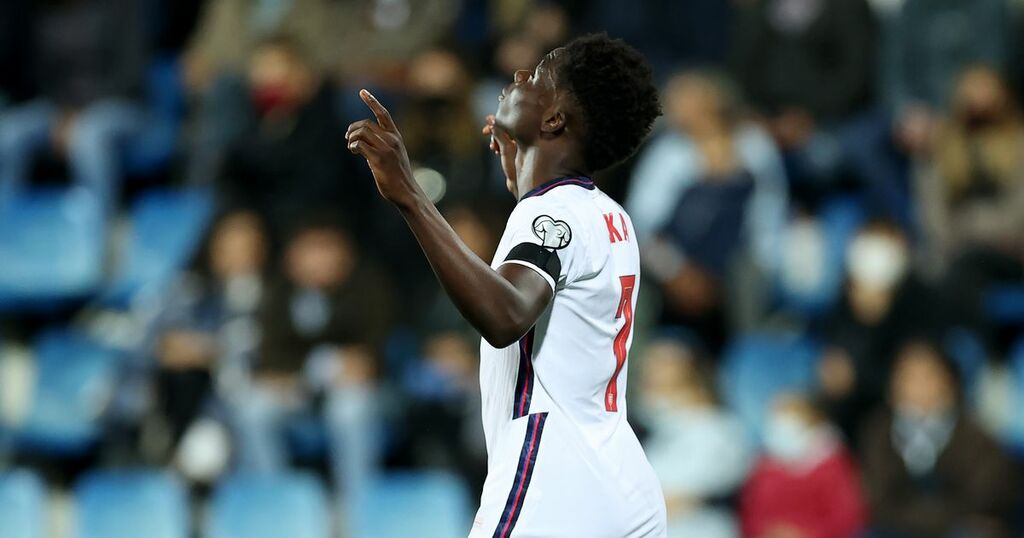 Some Arsenal supporters have been reacting to Bukayo Saka scoring for England on Saturday evening against Andorra.

The 20-year-old winger, who has shone in the early parts of the season for the Gunners, netted the Three Lions' second goal in their comfortable 5-0 victory over Andorra.

After a delightful ball from Manchester City midfielder Phil Foden, Saka touched the ball down brilliantly before smashing it into the roof of the net to extend his country's advantage.

After finding the net, Saka became the youngest player (20y 34d) to score in consecutive appearances for the Three Lions since Wayne Rooney did so in 2004 (18y 241d), recorded by Opta.

Saka also became the youngest Arsenal player to score in successive games for England - and Gunners supporters have been reacting on social media to his latest moment of magic.

The England international took to Twitter after the win and expressed his delight with his performance and the positive result for his country.

He said: "No better feeling!"

Saka has been a shining star for Arsenal so far this season, with the Hale End academy graduate having three direct goal involvements in all competitions for his club so far in the campaign.

Rather surprisingly, Saka has been linked with a move away from the Emirates Stadium in recent months.

According to a report from Italian outlet Calciomercato, Juventus and Atletico Madrid are both interested in signing the Arsenal star, who has less than three years remaining on his existing contract in north London.

However, some reports claim that the Gunners see Saka as "untouchable" despite big clubs being interested in his services.

The Mirror reported recently that Arsenal are 'not worried about losing Saka' and Mikel Arteta spoke about the youngster and team-mate Emile Smith Rowe being able to trust his management.

He said: "They've been raised and developed within our system. They've come here in a big derby [v Tottenham] and worked for the team and scored two goals.

"They are able to trust me to get that feeling because they've been raised and educated really experiencing those feelings and being in the stadium as a supporter of the club."

Arteta added: "A lot of people that we have in our organisation have a real sense of what a derby means and I think they will be proud of what they've seen."