Better Call Saul recap: season six, episodes one and two – watch out Howard! Jimmy is back

Spoiler alert: this recap is for people watching Better Call Saul season six, which airs on Netflix in the UK. Do not read on unless you have watched episodes one and two.

Welcome to the Guardian’s recaps of the final season of Better Call Saul. This late addition to the golden age of TV finishes in 2022 after seven years, a pandemic and a near-death experience for its star. The final 13 episodes will be shown in two blocks between now and July and we start with a double bill – Wine and Roses followed by Carrot and Stick – both of which are discussed here. I hope you enjoy and, as ever, these recaps work best when there is engaged and informed commentary above and below the line, so please do get stuck in.

Rock around the Ocotillo

We’ll get to Jimmy and Kim soon enough but, in these opening episodes, the heat is to be found in the desert. Nacho Varga (Michael Mando) is as on the run as a man can be: literally dashing for miles through the scrub to try to escape the consequences of his actions.

He thinks he’s hiding from the responsibility of killing Lalo Salamanca. We know he’s actually being chased by the man himself. Nacho finally holes up in the decrepit Motel Ocotillo after bundling over a wall and taking silent receipt of some keys from a landlady who’s seen it all before and has a creaking rocking chair. From there, Nacho begins several days of increasing paranoia, and with good reason.

Having survived his assassination attempt, the inexorable Lalo (Tony Dalton) appears to be of the mind that revenge is a dish best served cold. On escaping the bloodbath he visits a family friend and cajoles him into shaving off his beard, before killing him so he can double as his corpse on the crime scene. (At least, that was my reading of it.) With his death confirmed, Lalo can take his time. He has not just Nacho but Gus Fring (Giancarlo Esposito) in his sights and chooses to turn down a trip across the US border in a hay bale to take time to do things properly and find prueba of the Chicken Man’s involvement in the botched hit.

We don’t see all that much of Lalo in the first two episodes, which only heightens the menace. There’s certainly enough to get Nacho jumping at shadows, until those shadows become real people with singsong voices sitting in an abandoned hut and staking him out for Fring. He, via Mike Ehrmantraut (Jonathan Banks), has also tipped the cartel off as to Nacho’s whereabouts, all of which predictably ends up in an exchange of hot lead under the noonday sun. But Nacho survives, even blasting his way through the unusually lethargic-looking Cousins, as he busts out of the motel compound to go on the run once more.

Back in Albuquerque, Fring doesn’t believe Lalo is dead and doesn’t care if Nacho is alive or dead. Mike is testing Fring’s patience to the limit by not only offering to pick up Nacho from the desert but refusing to offer up the kid’s honest ol’ papa as a sacrifice. Last thing we see, Mike’s phone goes and it’s Nacho wanting to speak to Fring. A monosyllabic conversation with multiple layers of hidden menace seems likely to follow.

And so, to our hero. And our heroine. A couple who are ever more intertwined and occasionally interchangeable. Gone are the days of Jimmy slippy, Kim squeaky clean, or at least it appears that way. They are both four square behind a plan to liberate the Sandpiper settlement money via the mechanism of destroying Howard’s career (see below), and they’re also both dipping liberally into a bag of cartel cash to cover costs. At the same time, Kim is buzzing over her work in the pro-bono sector and Jimmy isn’t keeping any secrets. What are we to make of that?

Well, as much as everyone is looking forward to the arrival of Walter White and Jesse Pinkman in their own prequel, the resolution of Kim and Jimmy’s relationship is the big uncertain plot line of this final season. Kim’s not in Breaking Bad, so where does she go? Is she killed, betrayed, disillusioned? Or does she just keepherself to herself while Saul Goodman does Fring’s bidding for a few years? Could Gene Takovic even be cohabiting? I await the outcome with great trepidation, especially because she and Jimmy look as thick as thieves.

Let’s hear it for the Kettle-people

Betsy and Craig Kettleman are dragged from their peaceable lives diddling pensioners out of tax rebates to become an essential cog in Jimmy and Kim’s big howard conspiracy in the second episode, Carrot and Stick.

First appearing in season one, the family of embezzlers served as an example of Jimmy’s nose for taking on cases that are morally dubious but potentially lucrative. They also featured recently in a pre-season clip, professing their probity in a nicely sleazy 60 Minutes style mockumentary clip that is not only a bit kitsch, but is voiced by Stacy Keach).

A couple of years since we last saw them, the couple remain anything but the decent hardworking people they make themselves out to be. They’re running a tax scam for a start. But the actual facts are of secondary importance to how the Kettlemans, and wife, Betsy, in particular, perceive reality – and her pugnacity has always made a good foil for Jimmy’s slippery instincts.

Kim and Jimmy’s wheeze is to get Craig, and to a greater extent Betsy, to further peddle the rumour that Howard Hamlin is a cocaine user (one set up in Wine and Roses with an elaborate golf club baggie drop). Only by artfully keeping the information out of Betsy’s greedy reach does Jimmy first pique her interest and, then, once he passes it on, he relies on her hatred for him to act as lubricant to the process. A desire to use Jimmy’s secret against him takes Betsy and Craig straight to the top of Davis & Main, precisely where Jimmy wants them to go, as it was Clifford Main who spotted Howard’s baggie with familiar weariness in episode one.

Betsy soon realises she’s been played and even works out Jimmy’s ruse. But Kim bails Jimmy out with her Lalo voice again, and the Kettlemans’ new scam will be exposed to the IRS if Betsy doesn’t shut up. They duly take the hint (and a little sweetener from Jimmy’s desert bag), and the family that has served as a delicious little symbol of the greed that exists outside the normal parameters of the “criminal world” are left to contemplate their choices.

There is no Gene Takovic cameo to intro the season. It might be my eyesight but I think the opening shot of a load of ties being put into a government-owned bin transitions from black and white (Gene world) to colour, so maybe that’s a nod, but we appear to currently be denied any further update on what is going on now in Jimmy’s world. Hmmm.

In terms of cinematography, we get a lovely bit of gaming footage, first going inside Kaylee’s marble set and then taking a domino eye’s view of one of Nacho’s tweaking girlfriends. The kind of innovative angles that have always been the hallmark of first Breaking Bad and now BCS, they also serve as a counterpoint between the innocence of Kaylee’s world (the protection of which is Mike’s only goal in life) and the damage that’s wreaked on others by the drug trade.

Finally, farewell to the “World’s 2nd best lawyer (again)” mug. You weren’t around for long, but you saw a lot. May you finally find peace in that trash can (via some top notch three point shooting from Kim). 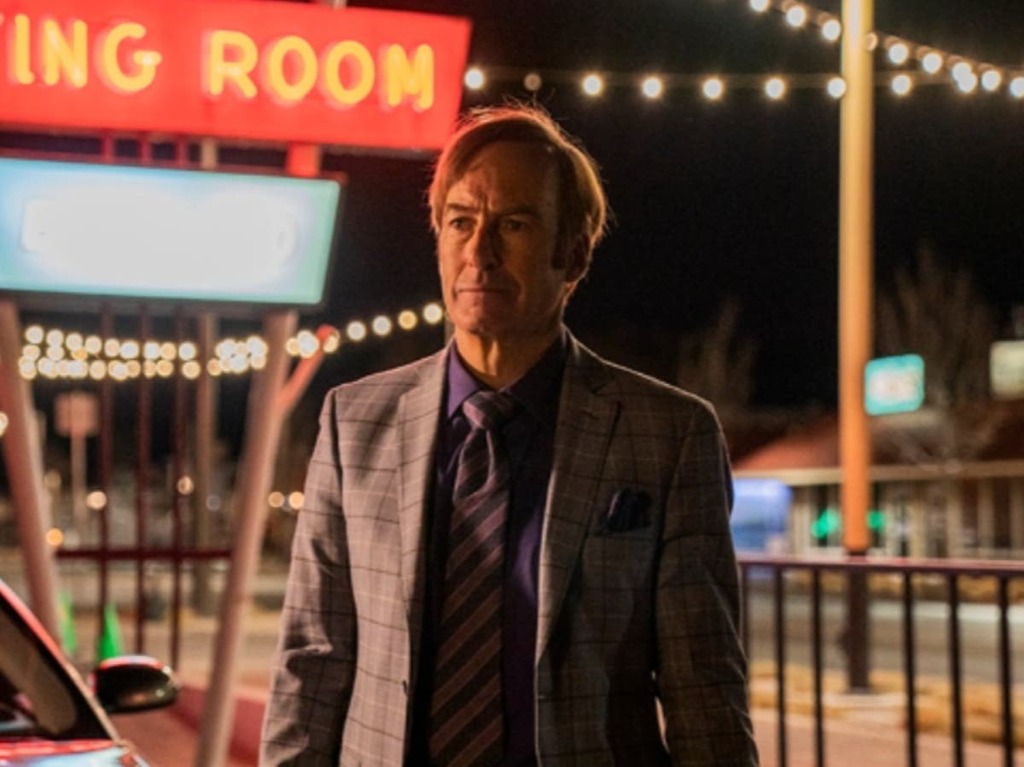 Better Call Saul, season six review: TV’s best slow-burner returns without missing a beat
After a two-year break, the accomplished ‘Breaking Bad’ spin-off is back for a sixth and final season. The end may…

The Independent UK
From analysis to the latest developments in health, read the most diverse news in one place.
How 'Better Call Saul' turned Kim's 'scammy side' into an indelible turning point
Kim Wexler (Rhea Seehorn) and Jimmy McGill/Saul Goodman (Bob Odenkirk) are back, and with them comes the cutthroat world of…

The clock is ticking on the masterful show that’s known for spectacularly slow storytelling. How will its final season find…

Contrary to what our TV binge-focused era might say, this drama's superiority is best appreciated with pauses

Salon
Better Call Saul: When is season six out in the US and UK?

The Independent UK
One place to find news on any topic, from hundreds of sites.
Better Call Saul: When is season six out in the US and UK?