Spoiler alert: this recap is for people watching Better Call Saul season six, which airs on Netflix in the UK. Do not read on unless you have watched episodes one to three.

A death in the desert

During an interview with Seth Meyers two years ago, in his first ever appearance on late night TV, Michael Mando was asked how he dealt with snakes in his role as Ignacio “Nacho” Varga. Mando hates snakes and the New Mexico desert is full of them, so the second thing he did whenever he got a Better Call Saul script was look out for reptiles. The first thing he looked out for, said Mando, was: “am I dead?”

Nacho’s end has felt imminent since the very start of this drama. He’s the Salamanca cohort who was not part of the family, either by blood or by constitution. The guy with half a conscience in a town full of monsters. Always exposed, and with his own axes to grind, he never truly felt long for this world. And with 10 hours of Better Call Saul remaining, he has returned to the dust.

To some extent, he did so on his own terms. Having taken on the role of inside man in Gus Fring’s plan to assassinate Lalo Salamanca, Nacho was quickly fingered by everyone as being key to the plot. The cartel wanted him, the Salamancas, too, and Nacho was forced to hide in a puddle of oil to escape them. But after contacting Gus and extracting a guarantee of safety for his father from Mike Ehrmantraut, Nacho was smuggled north of the border in the bottom of a truck and briefed on how to make his final confession.

The line was that the assassination attempt was a Peruvian plot, but there was no doubt among anyone involved in confecting the story that Nacho would end up dead after telling it. Mike offered him the possibility of a swift bullet to the head, better that than the more drawn-out attentions of the Salamancas. But as he is dumped on the desert floor in front of Hector, Juan Bolsa and the cousins, Nacho has other ideas.

He implicates the Peruvians, as required, but quickly veers off script, calling Gus “the Chicken Man” and describing him as “a joke”. He goes on: arranging Lalo’s (apparent) death was a pleasure and, in fact, “I would have done it for free because I hate every last one of you psycho sacks of shit”. Oh, and Hector, you know that heart attack that left you paralysed? That was Nacho, too. “When you’re in your shitty nursing home sucking on your jello night after night to the end of your life, I hope you think of me, you twisted fuck.”

He relishes every word, enjoying the freedom of the condemned man. He then reveals a shard of glass, and grabs Bolsa by the neck. It seems like a familiar hostage situation, but Nacho knows there is no real prospect of escape. After grabbing Bolsa’s gun and scanning his surroundings, he turns the pistol on himself.

We will all have our favourite Nacho moments. For me, the one-armed Espinosa shootout, the Spider-Man-style stash-house robbery and the time he called Pryce’s hummer a vehicle for “six-year-old pimps” all feature. But while it might be a stretch to call him the heart of the show, there was certainly something more sympathetic about him. Like many of the characters, he found himself taking one step after another in the wrong direction, but his decisions seemed more understandable, his situation less accommodating. He was not an egomaniac or a sociopath – he was closer to being an ordinary guy in a bad place, although he was still a violent drug dealer. At the very end, in taking the action he did and stating clearly who he was, he managed to reclaim some control over his life.

The view from Team Fring

When Nacho grabbed Bolsa for his brief moment of siege, Mike was watching through his telescopic sight. “Do it,” he urged. I assume by that he wanted Nacho to kill Bolsa, with all the complications that taking out a cartel lieutenant involves. One of the questions to come out of Nacho’s demise is quite what Team Fring were hoping to get out of it. Fring wanted Nacho to make clear that he had nothing to do with Lalo’s assassination attempt, in which case, job done. Furthermore, the sudden nature of Nacho’s death meant there was no chance of any contradictory confession being made to the Salamancas. So why did Mike say what he did, and why did Gus (who held no candle for Nacho) look almost disappointed as he returned to his car? Were they hoping for more bloodshed and chaos?

Confessions of an attorney at law

Back in Albuquerque, there were more questions over morality, culpability and whether to mug off the cartel. It began when Kim Wexler was confronted by the assistant district attorney, who had it on good authority that Jimmy McGill’s client, Jorge de Guzmán, was not who he said he was.

Following this earth-shattering revelation, Suzanne Ericsen went on to speculate that maybe Jimmy “got in over his head” but he is still a human being, and if he were to turn state’s witness then everybody could move on. This is perhaps inadvertently getting to the nub of the matter: is Jimmy an innocent, in over his head, or someone who has actively embraced doing wrong? We’ve been watching for six seasons and it’s still in the balance (though I’d choose the latter). Kim reminded Suzanne that there’s a further detail to consider, too: it’s not Jimmy they’re talking about here, but Saul.

Kim confronted Jimmy with the information he already knew, and we got to watch as she went through another moment of silent turmoil. So much of the drama of this show is expressed without words and here Kim’s face moved through a familiar wave of disgust before crashing into resolve, as she considered whether to advise Jimmy to take Suzanne’s advice. In the end, she spoke less like a pro-bono attorney and more like a mob lawyer. “Do you want to be a friend to the cartel?” she asked. “Or do you want to be a rat?”

Even with all the other action, there was still time to squeeze a little scam into this episode – one with an element of improvised ingenuity about it, as Huell set up an impromptu key cutting shop in the back of a van. The game was to get Kim and Jimmy access to Howard’s personalised automobile for the next part of Operation Nasty Namaste. To pull it off, Huell pickpocketed a valet and passed Howard’s keys to his accomplice, who not only cut a new set but mimicked the signal of the key fob, which was then delivered to Jimmy on its own massive circuit board. Huell had his own moment to ponder Jimmy’s psychology, asking of the scams: “Why do you bother?” Jimmy gave him some wide-eyed waffle by way of response.

Can anyone remember, did Kim ever give up smoking? 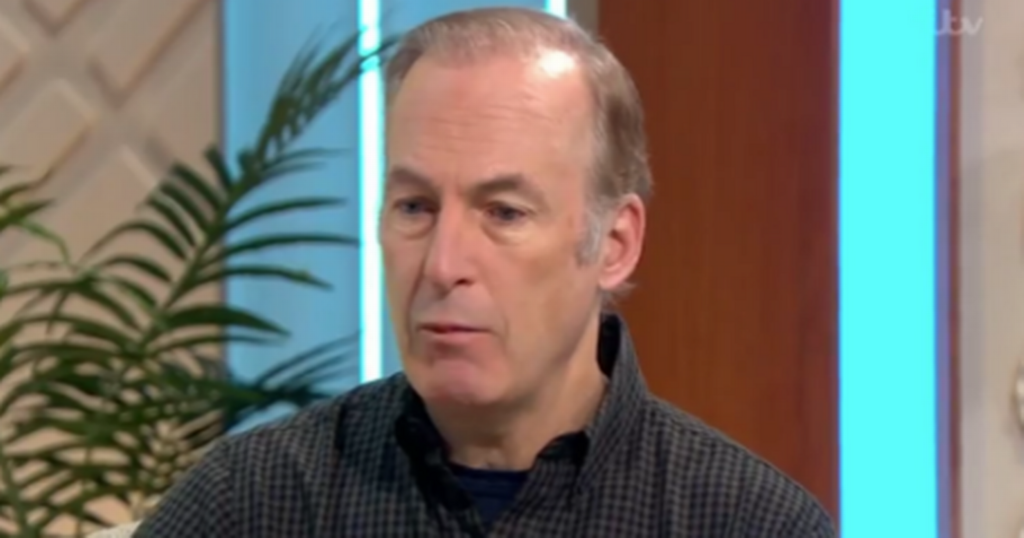 Manchester Evening News
From analysis to the latest developments in health, read the most diverse news in one place.
"Better Call Saul" cost of breaking good

Michael Mando spoke to Salon about Nacho's epic journey & TV iconography for a brown man: "We're not the bad…

Salon
The week in TV: Better Call Saul; Russian Doll; The Thief, His Wife and the Canoe; Chivalry

Savour every moment as Saul Goodman and co play out the endgame of Breaking Bad’s superior prequel. Elsewhere, Sarah Solemani…