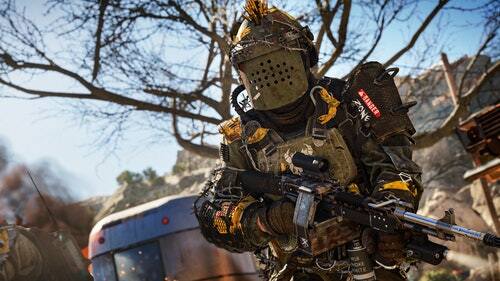 The Stoner 63 light machine gun is one of the best things to come out of the Call of Duty: Black Ops Cold War integration with Warzone.

It’s a reliable, accurate, and powerful weapon that has always been at the top of its class. However, since it’s an LMG, players tend to overlook the weapon in favor of some of the lighter assault rifles like the Krig 6 or EM2.

If you can get used to the Stoner 63’s heavier weight and slower reload times, you’ll be able to wipe the floor with the competition — especially if you adopt this Stoner 63 loadout during Season 5.

Since the Stoner 63 excels at long range, you’ll want to build it to prioritize recoil control, bullet velocity, and overall steadiness. Here’s the best long-range setup you can use during Season 5:

This is a standard long-range build, but let’s get into what makes it so effective. First, you’ll want to use the Agency Suppressor Muzzle, which gives your weapon improved bullet velocity, vertical recoil control, and a boost to damage range, while keeping the weapon suppressed. This does slow you down a considerable amount, but the pros definitely outweigh the cons in this case.

The 21.8” Task Force Barrel is key with this build, as it gives you yet another bullet velocity boost, along with improving vertical and horizontal recoil control, and even more damage range. Again, this does hinder your mobility, but it’s worth it since it allows you to secure long-range eliminations with ease.

Since this is a long-range build, you’ll want to come equipped with an Optic — preferably one with plenty of zoom. We like the Axial Arms 3x, which is standard for builds like these, but go with whatever you’re comfortable with. Typically, the less zoom, the faster the aim down sights speed is, so keep that in mind.

Next up, we highly recommend using the Field Agent Grip, which improves your vertical and horizontal recoil control. When using a weapon at range, recoil control is essential. You won’t reap the benefits of a powerful weapon if you can’t hit your shots.

For the final attachment slot, there’s some room for experimentation, but we tend to gravitate towards the Fast Mag Ammunition. This reduces your reload time by around 100ms, which might not sound like much, but in the heat of battle can be a lifesaver.

It’s smart to couple the Stoner 63 with a weapon that works well up close, such as a shotgun or SMG. We love the OTs 9 and Gallo SA12, but bring whatever you like. The bottom line is that you’ll need a weapon that covers your bases up close since the Stoner 63 is meant to be used from afar.

As for the rest of the build, come equipped with Quick Fix as your first perk, Overkill as your second (along with a close-range weapon), and Amped for your third. This will make you unstoppable at nearly all ranges.