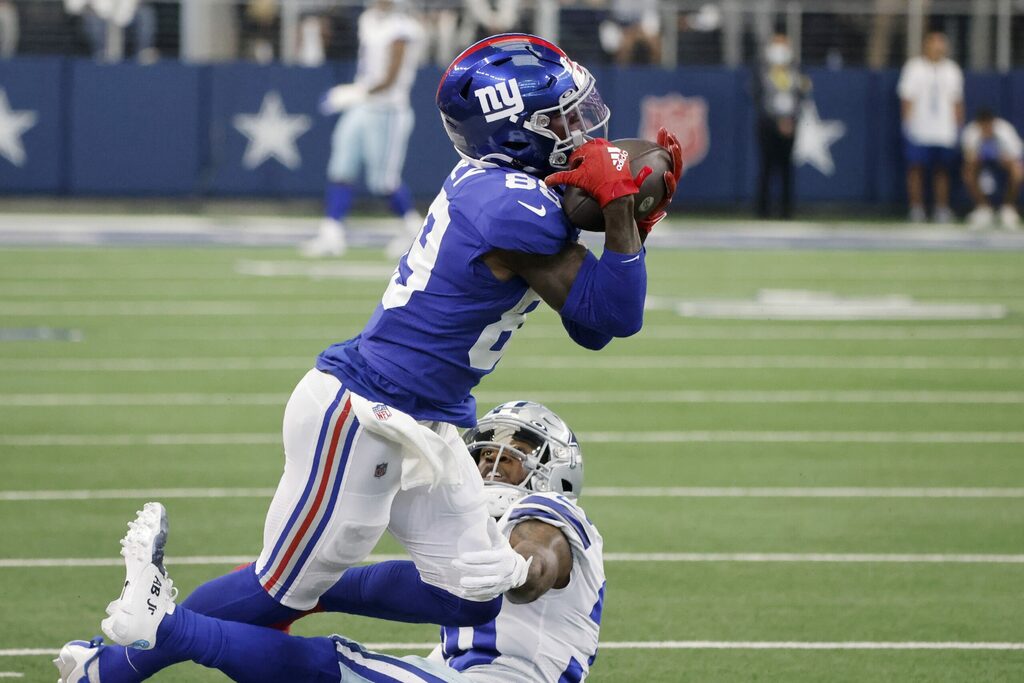 The first five weeks of the 2021 NFL season has seen a slew of injuries, and it has gotten so bad that it’s tough to keep up with them all.

In Week 5, we saw the New York Giants lose a trio of key players to injury, including running back Saquon Barkely, quarterback Daniel Jones, and wide receiver Kenny Golladay.

The Kansas City Chiefs didn’t come out of their game unscathed, either, as running back Clyde Edwards-Helaire looks like he could miss time after coming down with a knee injury on Sunday night versus the Buffalo Bills.

As a result of those injuries alone, there are a few running backs to target, but we’ve also got some intriguing options at the wide receiver and tight end positions to consider.

With all of that said, here’s a look at the best players from each position to target on your fantasy football waiver wire for Week 6.