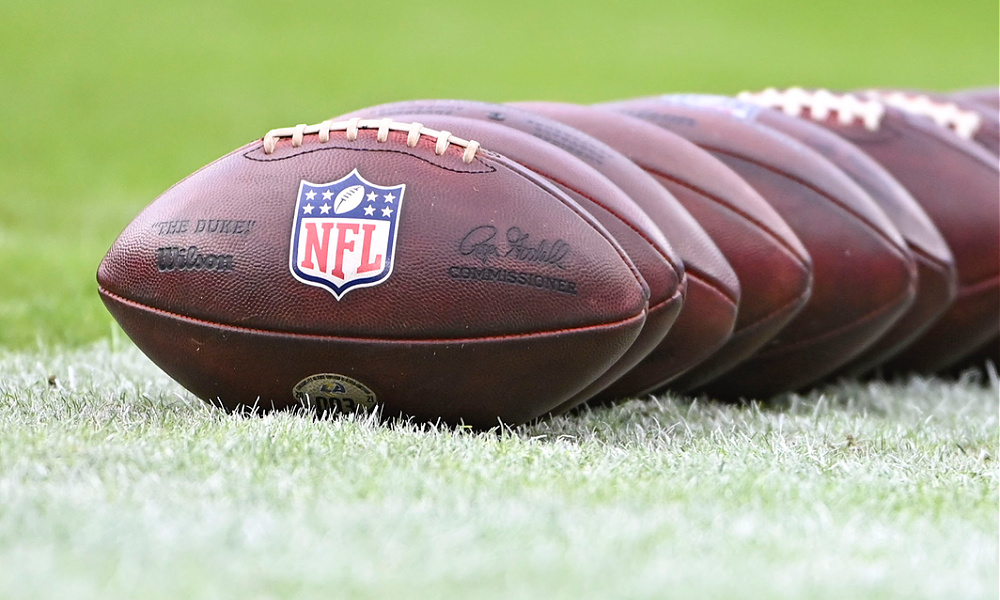 Find out how "tough" the Los Angeles Chargers' 2022 slate of opponents is.

The National Football League has released its 2022 regular-season schedule, so we now know all the matchups we'll be looking at during the course of the fantasy football campaign. More importantly, we know which teams will have the best and worst matchups during the most vital time of the year for fantasy managers: The playoffs.

Those playoffs are in Weeks 15-17, as the league expanded to a 17-game slate (and 18-week regular season) last year. Using the fantasy points allowed data (home/road) from this past season, here are the fantasy players who could lead you to a league championship, and those whose playoff schedule could cost you a chance at the title.

1. Jameis Winston, Saints: Winston has the easiest postseason schedule, facing the Falcons, Browns and Eagles. They all allowed 18-plus points a game to QBs in 2021.

2. Trey Lance, 49ers: Assuming it’s Lance under center, he could be a hero for fantasy managers with postseason games against the Seahawks, Commanders and Raiders.

3. Jared Goff, Lions: Could Goff help you win a fantasy title? He has better weapons, and a postseason slate that includes games against the Jets, Panthers and Bears.

4. Zach Wilson, Jets: Wilson won’t be more than a late-rounder in drafts, but postseason matchups against the Lions, Jags and Seahawks makes him streamable.

5. Drew Lock, Seahawks: Trusting your title hopes to Lock isn’t so easy, but it is notable that he faces the 49ers, Chiefs and Jets in the fantasy football playoffs.

T-32. Joe Burrow, Bengals: We all like Burrow to move into the next level of fantasy stardom, but facing the Buccaneers, Patriots and Bills in the postseason is brutal.

T-32. Derek Carr, Raiders: I love Carr overall this season, but he could be unreliable in the fantasy playoffs with games against the Patriots and Steelers in the first two weeks.

30. Justin Fields, Bears: As if we need more reason to doubt Fields, he’ll have to face the Eagles and Bills in the first two weeks of the fantasy football postseason in 2022.

28. Matt Ryan, Colts: Ryan will face the Vikings, Chargers and Giants in the fantasy postseason. None of those teams allowed more than 16.4 points a game to QBs.

1. Breece Hall, Jets: Hall and Michael Carter have a tasty postseason slate against the Lions, Jaguars and Seahawks. They all allowed 25-plus point a game to backs in 2021.

2. Elijah Mitchell, 49ers: Mitchell could be a massive superstar for fantasy managers, as he faces the Seahawks, Commanders and Raiders during the postseason stretch.

3. Christian McCaffrey, Panthers: Assuming McCaffrey makes it to the final three weeks of the fantasy season, he’ll face weak run defenses like the Steelers and Lions.

4. Kenneth Walker, Seahawks: Walker, Rashaad Penny and maybe Chris Carson get to face the Chiefs and the Jets in the final two weeks of the fantasy football playoffs.

5. Clyde Edwards-Helaire, Chiefs: CEH isn’t the most trustworthy back, but he and Ronald Jones get to face the Texans and Seahawks among their three playoff games.

32. Miles Sanders, Eagles: Not only do Eagles backs have the toughest overall slate, but Sanders and crew will have to face the Bears, Cowboys and Saints in the playoffs.

31. Nick Chubb, Browns: Chubb and Kareem Hunt should remain productive overall, but games against the Ravens, Saints and Commanders in the playoffs aren’t favorable.

30. Cordarrelle Patterson, Falcons: Patterson and the rest of the Falcons backs have to go up against the Saints, Ravens and Cardinals during the fantasy football playoffs.

29. Saquon Barkley, Giants: Barkley has a pair of tough matchups in the postseason, facing the Commanders in Week 15 and the Colts during championship weekend.

28. Austin Ekeler, Chargers: Ekeler is mostly matchup-proof in fantasy land, but he does have tough games against the Titans, Colts and Rams in the fantasy postseason.

1. Keenan Allen, Chargers: Allen and Mike Williams have the best postseason slate for wideouts, facing three teams that allowed 38-plus points a game to the position.

2. Terry McLaurin, Commanders: McLaurin and Jahan Dotson should benefit from matchups against the Giants and Browns during the fantasy football postseason.

3. Drake London, Falcons: London, one of the top rookie wideouts, faces three teams (Saints, Ravens, Cardinals) that allowed 37.9 or more points a game to wideouts in 2021.

4. Kenny Golladay, Giants: It’s tough to trust any Giants wideouts heading into your drafts, but they do face the Commanders and Vikings in the first two playoff rounds.

32. Tyreek Hill, Dolphins: Dolphins wideouts have one of the toughest schedules this season, and facing the Bills, Packers and Patriots in the postseason is really brutal.

31. Davante Adams, Raiders: Adams is a fantasy star and matchup-proof, but keep in mind that he’ll face the Patriots and Steelers during the first two weeks of the playoffs.

30. Darnell Mooney, Bears: Mooney has high expectations in fantasy land for this season, but he has a tough postseason slate with games against the Eagles and Bills.

29. Cooper Kupp, Rams: The schedule won’t affect Kupp so much, but Allen Robinson and crew face the Packers, Broncos and Chargers during the fantasy postseason.

28. A.J. Brown, Eagles: Brown remains a No. 1 fantasy wideout in Philadelphia, but he and DeVonta Smith will face the Bears and Saints in two of three postseason weeks.

1. Austin Hooper, Titans: Hooper won’t be a No. 1 fantasy tight end in drafts, but he could be useful in the playoffs with games against the Chargers, Texans and Cowboys.

2. Pat Freiermuth, Steelers: Time will tell how Freiermuth will perform without Ben Roethlisberger, but he does face the Raiders and Ravens in the fantasy postseason.

3. George Kittle, 49ers: A top-four fantasy tight end, Kittle should be a postseason hero with positive matchups against the Seahawks, Commanders and Raiders.

4. Evan Engram, Jaguars: Engram could be tough to trust with his new team, but he does have a positive postseason slate against the Cowboys, Jets and Texans.

5. Cole Kmet, Bears: Kmet could be a nice bargain in fantasy drafts, and a postseason slate that includes games against the Eagles and Lions make him even more attractive.

32. Dallas Goedert, Eagles: Goedert remains a No. 1 fantasy tight end, but keep in mind that postseason games against the Bears and Saints are considered difficult.

31. Dawson Knox, Bills: A breakout tight end in fantasy leagues a season ago, Knox has a tough slate in the postseason against the Dolphins, Bears and Bengals.

30. Hayden Hurst, Bengals: Hurst won’t have a ton of fantasy value in 2022 and facing the Patriots and Bills in the final two postseason weeks won’t help his overall appeal.

29. Darren Waller, Raiders: No one is sitting Waller in the postseason, but the Patriots are a tough matchup in Week 15 followed by games vs. the Steelers and 49ers.

Michael Fabiano is an award-winning fantasy football analyst on Sports Illustrated and a member of the Fantasy Sports Writers Association (FSWA) Hall of Fame. Click here to read all his articles here on SI Fantasy. You can follow Michael on Twitter, Facebook, YouTube, and Instagram for all of the late breaking fantasy news and the best analysis in the business!

Find out how "tough" the Los Angeles Chargers' 2022 slate of opponents is.