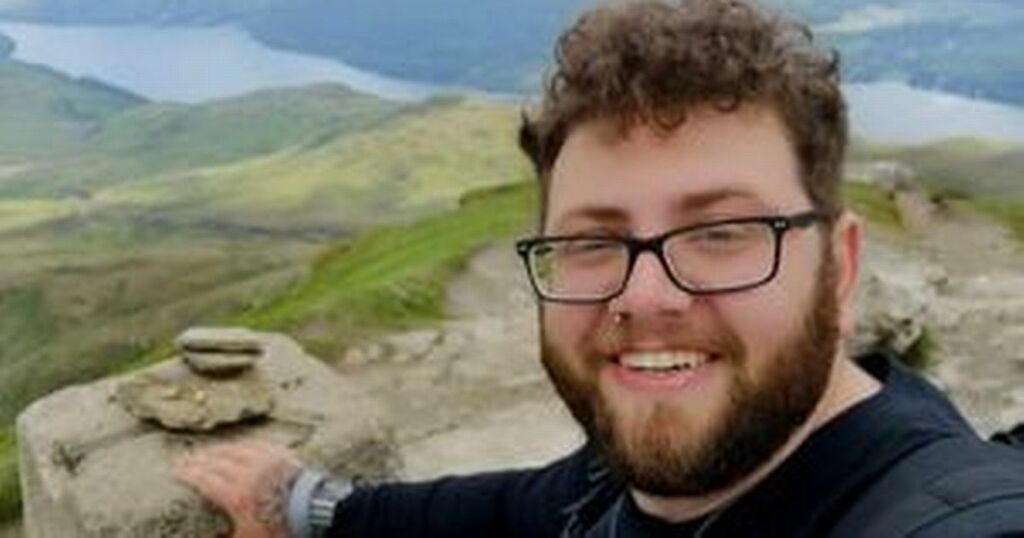 An Edinburgh man is searching for his soulmate after a brief encounter at work in the Hermiston Gate B&Q in the capital.

Alexander Cameron, 30, was having a normal shift at work when a brief encounter with a stranger led to an unexpected spark.

But before he could pluck up the courage to ask him out, the man left with his purchases and lovesick Alexander has been left regretting it ever since.

"The last time I spoke to him, he was wearing a grey/black t-shirt with a whole bunch of Edgar Allan Poe references (similar to the photo I have posted) on it and had eye length curly brown hair that he kept flipping out his eyes.

"He said he had recently bought a house in Corstorphine on a 'cul-de-sac' and I gave him a discount on a new electric fireplace for his house when he was last in with his grandad.

"We've chatted a couple of time at B&Q - very nice and polite lad. The first time we met, he had a pal with him and they wanted help finding tools to 'make a wooden square'.

"I don't know his name, but I wish I'd asked him for his name. So, I'm using 21st century tactics to try to find him to see if he'd like to grab a coffee with me.

"Hope this finds you or I may see you nevermore ..."

The photo depicts a photo of Edgar Allan Poe with many references to his work, such as 'The Raven' and 'The Tell-Tale Heart'.

Speaking to Edinburgh Live, Alexander said: "I'm just really surprised at how much attention this has received. I just thought it would be the best way to try and find him, but I really didn't expect people to be so supportive about it.

"We spoke for about 20 minutes the last time I saw him (the day he was in the Edgar Allan Poe shirt) and I just couldn't get the courage to ask him out.

"He seemed a bit surprised that I understood his t-shirt and then we started reciting The Raven to each other. It was incredibly funny and awkward but it was great.

"He was just nice and the gay dating world is terrible. So, I thought how nice it was to actually meet someone in-person as opposed to a dating app.