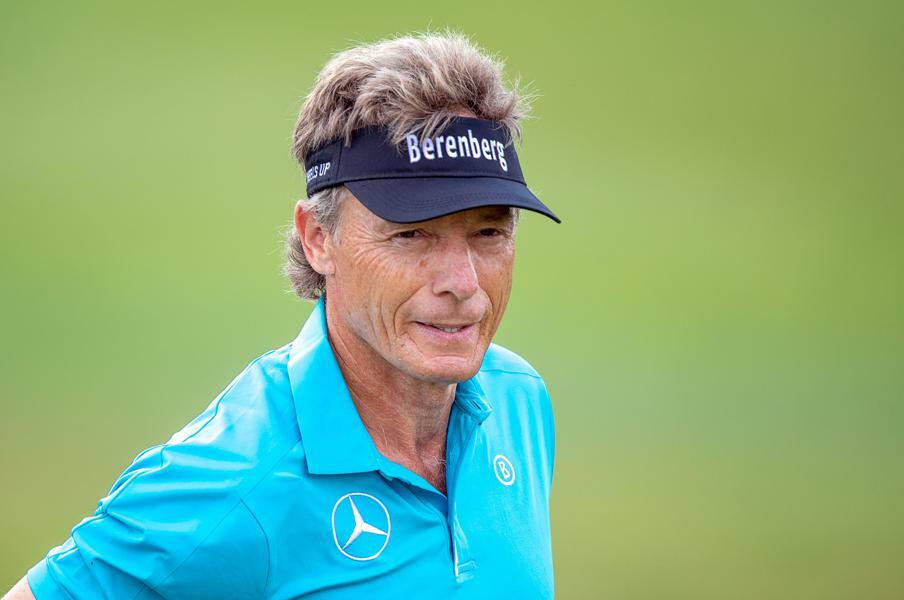 Hamburg headquartered investment bank Berenberg has been in business since back when golf balls were leather sacks filled with boiled goose feathers. Golf is the private lender’s primary sports marketing vehicle and Berenberg was the primary sponsor of the New York and London legs of the Gary Player Invitational series since 2013. This year the annual fall event at GlenArbor Golf Club was rebranded as the Berenberg Invitational.

“We’ve always been golfing oriented throughout the history of Berenberg, long before I arrived 12-years-ago. It’s always something we’ve prioritized. It’s a game whose values we like to be associated with. We like to think the ambassadors that we work with embody who we are as a bank,” David Mortlock, a managing partner at Berenberg, says.

The second oldest bank in the world’s ambassador roster includes Gary Player, Tom Watson, Fred Couples, Bernhard Langer and Mark O’Meara. While Player’s name may be off the event’s marquee, as a Berenberg ambassador the 85-year-old golf legend remains front and center.

“Gary is just an amazing human being. I’ve gotten to know him over the last ten to twelve years and almost forget what he achieved in golf and what he’s achieved charitably, just as a human, he’s larger than life. We’ve been talking about it for years, that at some point, just from a branding perspective we’d take it on. But in terms of the structure and the ethos of the day, nothing really changes at all,” Mortlock adds.

“It's an event that we look forward to every single year. We always know it's going to be in the fall and it’s exciting. We get to play with some great people. There's other great pros here and hall of famers from every tour we play on,” Mark O’Meara, a two-time major winner who spent nearly 200 weeks in the top-10 of the Official World Golf Ranking, says.

Berenberg partnered with the University of Nebraska’s Fred & Pamela Buffett Cancer Center to raise funds for pancreatic cancer research, early detection programs and a future annual symposium to bring together the leading experts working to find a cure to one of the most aggressive forms of cancer.

Gary Player’s wife Vivienne passed away in August after a battle with pancreatic cancer, as did Tom Watson’s wife Hilary in 2019. According to the Pancreatic Cancer Action Network, the five-year survival rate for those diagnosed with the disease is 10%.

“We have so many people on this and it's a devastating cancer. We need to try to find a way to beat it and give people hope. That's what we're looking for,” O’Meara adds.

Also in attendance was Charles Schwab cup leader Bernhard Langer, who has been pals with Gary Player for over 40 years.

“I played a practice round with him during the 1978 British Open and was fascinated immediately by him, his personality, how much he has won and how he played the game. I immediately liked him and he became my golfing idol,” Langer says.

“It’s phenomenal when you look at him. I was on the same flight as him yesterday and he's 85-years-old and the way he looks, the way he is with it at that age is just fantastic. He’s a great role model for anybody,” Langer adds.

Langer, who added yet another golf milestone to his illustrious career when he shot his age on his 64th birthday at the Ally Challenge, is held in the same esteem by the younger generation of pros.

“Bernhard Langer is here, he’s a German legend. I haven’t personally met him so I’m kind of excited to meet him,” Sophia Popov, the 2020 British Open winner, says .

Turns out getting to know his countrywoman who was ranked No. 304 in the world before her breakthrough performance at Royal Troon, is also on Langer’s to-do list.

“I’ve followed her career for the last year and a half. She was close to giving up the game and was encouraged by someone close to her to keep trying and then she wins the Open Championship and now she’s on the LPGA Tour and is successful. It’s a Cinderella story and I look forward to meeting her and asking her a few questions,” Langer says.

The first ace in Berenberg Invitational history was holed by Paige Spiranac on No. 14, a 148-yard par 3, while playing alongside Gary Player who she calls, “a ball of energy.”  The golf influencer, who has more followers on Instagram than Tiger Woods, has been on quite a tear recently adding an ambassadorship to the online sportsbook PointsBet to her growing list of sponsorships which also includes Dynamic Brands, Swag Golf, and X-Golf.

“This is one my favorite Pro-Ams of the year. It's always so much fun to be around so many legends and champions and to give back to such amazing cause, especially this year with Tom Watson and Gary Player, it just means so much to me,” Spiranac says.

The inaugural event was a rousing success, raising just under $700,000 toward pancreatic cancer research.