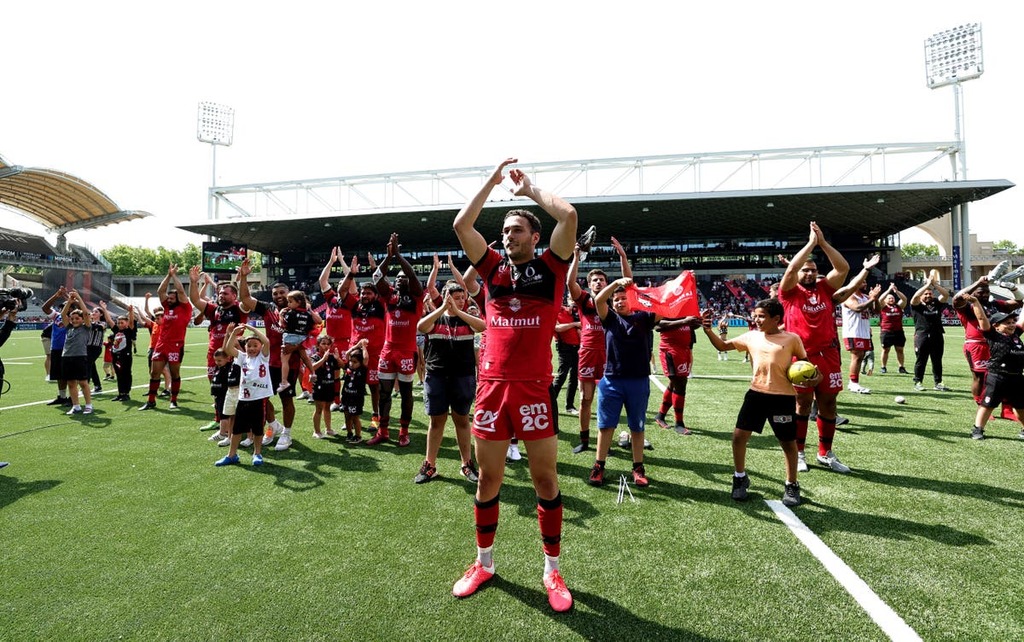 Newsroom.co.nz
From analysis to good news, read the world’s best news in one place
Rangers legend John Greig urges fans to behave at Europa League final as ‘ambassadors’ of the club in Seville

So near and yet so far for a Wasps side seeking to reach a European final for the first time in 15 years. Ultimately it was not to be but there were moments when the Premiership’s ninth-placed club appeared to have a genuine chance of denying Lyon a place in the Challenge Cup finale in Marseille on Friday week.

With under half an hour to go a resolute, committed Wasps were ahead 11-10 thanks to Jimmy Gopperth’s second penalty of the game but a converted 54th-minute try for the 20-year-old replacement hooker Yanis Charcosset and 15 points from fly-half Léo Berdeu, the top scorer in this season’s French Top 14, proved sufficient to propel Lyon to the first European final in their history.

One or two frustrating Wasps handling errors, a recurring fallibility beneath the high ball and the home pack’s gathering confidence also contributed to the outcome, with the visitors left to regret their inability to take a higher percentage of their early chances.

A last-gasp turnover by Lyon on their own line in the third quarter also proved costly, with a 75th-minute converted score for Gopperth highlighting what might have been.

Whether it was the heat or simply the marked improvement in Lyon’s performance that ultimately made the difference in the second half, Wasps mostly could not sustain their early promise and also bumped into an increasingly immovable force in the shape of the London-born Joel Kpoku, once of Saracens but now plying his trade across the Channel.

The 22-year-old Kpoku was at the forefront of Lyon’s muscular comeback which drove the hosts to a first major final since 1933.

It was Wasps, though, who were initially the more alert side with the visiting scrum also making headway. It was no surprise at all when they opened the scoring after 24 minutes through Dan Robson, the scrum-half catching the Lyon defence unawares to snipe over after a close-range lineout.

Robson should have won many more caps for England but Wasps have a clutch of other players with the ability to feature on England’s summer tour to Australia.

This was an obvious chance for the experienced Joe Launchbury and the younger quartet of Alfie Barbeary, Jack Willis, Gabriel Oghre and Biyi Alo to stake a claim and for the first 40 minutes they all caught the eye in their differing ways.

It was simply a question of whether Wasps, having established an 8-3 interval lead via Gopperth’s 39th-minute penalty, could stay sufficiently cool and execute consistently on an increasingly hot day.

There was no obvious reason to doubt them, with the Irish referee Frank Murphy refusing to be swayed by the partisan home crowd. Not for the first time in recent weeks Murphy displayed impressively sure judgment, not least in correctly waving aside French protests after a falling Berdeu had inadvertently collided with Malakai Fekitoa’s forearm.

Slowly but surely, though, Lyon were awakening from their Saturday afternoon slumber. A sweeping 47th-minute team score, finished by Berdeu, gave them back the lead before Charcosset’s close-range effort seven minutes later, the consequence of another regathered ball from a contestable high kick, left Wasps needing something special.

Lee Blackett’s side had previously beaten Biarritz and Edinburgh in thrilling finishes away from home but this was another step up, with Lyon’s 6-2 bench split offering them crucial extra turbo thrust in the second half.

Their head coach, Pierre Mignoni, is off back to Toulon at the end of this season and a clear desire exists to give him an appropriate leaving present. Despite Gopperth’s late mauling score, there was to be no party-pooping English sting in the tale.