While Ronaldo was en route to his record tally of 451 strikes, Benzema was often regarded as the second fiddle. And there was a fear that Madrid would suffer up front when Ronaldo left for Juventus in 2018.

"It's different since the exit of Cristiano - that's true,” said Benzema on the eve of Wednesday night's Uefa Super Cup clash against Eintracht Frankfurt in Helsinki.

“I do score more goals now,” he added. “When he was here it was another kind of game. I was like an assistant and a lot of other things.

“But he helped me a lot on the field and off it. I knew I could do more and when he left that was the time.

"I had to change my game and my ambition and at this moment in time things are good."

His exploits were manifold in that tournament. He fired in a 20 minute hat trick in the last-16 to lead Madrid to a 3-2 aggregate victory over Paris Saint-Germain.

He was on target in the quarter-finals against holders Chelsea and in the semi-final against Manchester City. And he figured prominently in the final against Liverpool.

"To replace Karim in this moment is impossible,” said Madrid boss Carlo Ancelotti ahead of the game at the Olympiastadion in the Finnish capital.

“There isn't a player in the world right now that can replace Karim in this moment. If he gets constipated ... then we have to adapt!"

Eintracht Frankfurt claimed the Europa League - and a place in the group stages of this season’s Champions League - after a penalty shoot-out victory over the Scottish club Rangers.

Frankfurt boss Oliver Glasner said his side would not be frightened against a team boasting international stars such as Luka Modric, Toni Kroos, Eden Hazard and Thibaut Courtois

"Of course, if we play against Real Madrid we need a special defence, especially against a striker like Benzema,” said Glasner.

“He's really difficult to control and he's great in the box. We must play in a very compact way to prevent their players from having too much space.”

Madrid begin the defence of the La Liga crown on Sunday at Algeria while Frankfurt opened their Bundesliga campaign abjectly - Bayern Munich hammered them 6-1.

"We are looking very much forward to the match,” added Glasner. “It’s against the Champions League winner, who knocked out the Premier League's top three as well as Paris Saint-Germain.

“We’ll be up against a team of enormously high quality and we want to play and to show our best football. “ 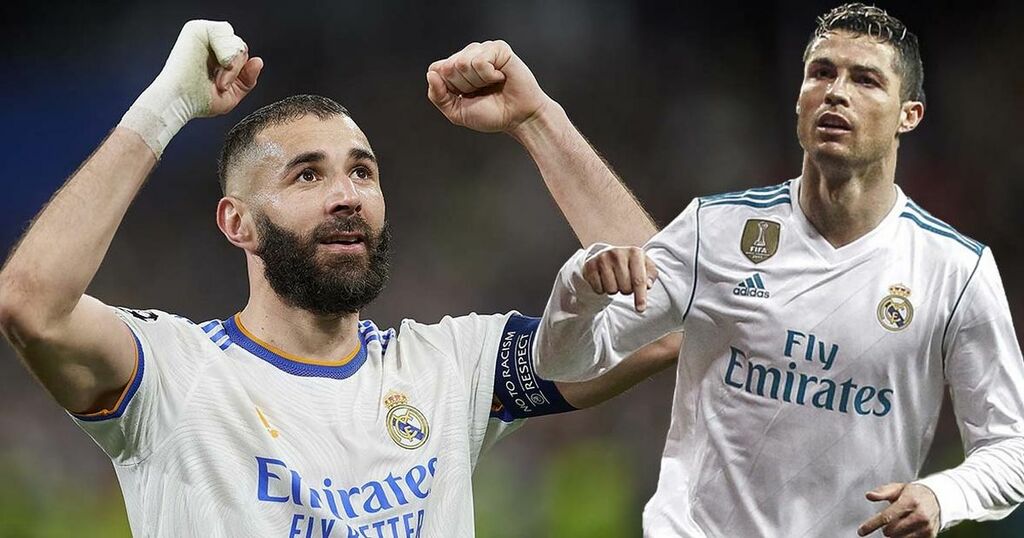 Daily Mirror
From analysis to the latest developments in health, read the most diverse news in one place.
Benzema reaches milestone as Real Madrid overpower Frankfurt to claim Super Cup

Benzema and Ronaldo played together successfully for nine seasons, but the Frenchman is relishing his return to prominence

Real were too good for Frankfurt in Helsinki, where goals from David Alaba and Karim Benzema settled an enjoyable game

The Guardian - UK
One place to find news on any topic, from hundreds of sites.
Real Madrid defeat Eintracht Frankfurt to win fifth UEFA Super Cup