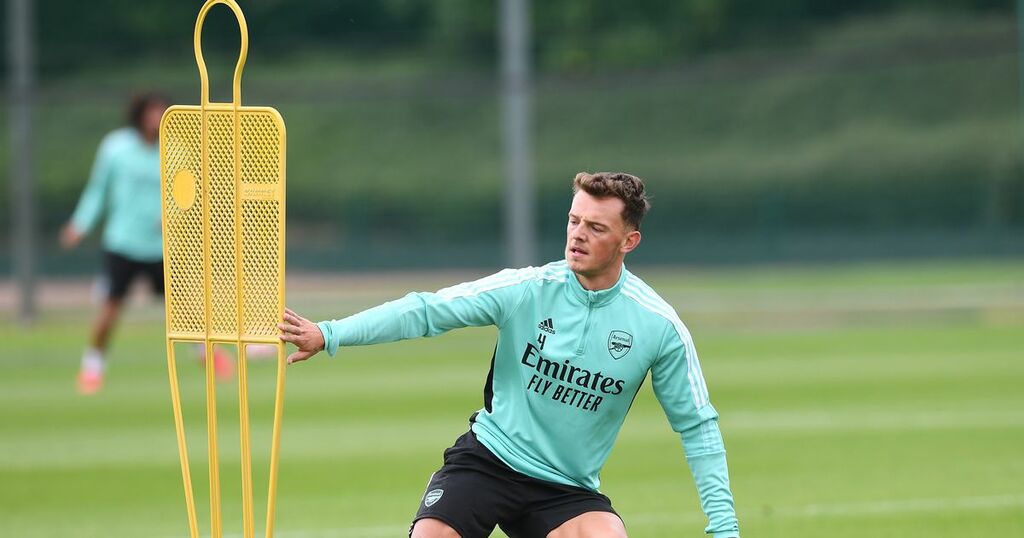 Criticism is normal in football, it's part and parcel of the game. From supporters to pundits, there is always someone having a negative rant about a player or manager each week.

As a fan myself, I think it is only fair that we have our own say on certain individuals within the game, whilst ensuring it is constructive and respectful at all times.

At the end of the day, we put a lot of time and money into supporting our club, so you are always expecting to get something positive in return.

However, what doesn't sit right with me is when the criticism is totally unjustified, that is where it crosses the line.

A perfect example of this would be the recent unfair disapproval which Ben White received after the defeat to Brentford on the opening night of the 2021/22 Premier League season.

Now, I think we can all agree that Arsenal as a team were poor that evening.

There was no threat going forward, the defence looked all over the place and possession was sloppy. From back to front, it was a very unacceptable 90 minutes from Mikel Arteta's side.

This of course left a lot of fans angry and many questions were being asked of the players, understandably so.

One of those who found themselves in the firing line was White, who endured a tough start to his time in Arsenal colours. White finished the game with 94% passing accuracy, 75% pass accuracy to the final third and made three interceptions.

Aerial ability is not one of the 23-year-olds strengths, so when he was tasked with going up against the likes of Ivan Toney on long balls or Pontus Jansson and Kristoffer Ajer on set pieces, it was always going to be a challenge.

Speaking on Sky Sports after full-time, Gary Neville was not convinced that White's possession skills would be enough to keep Arsenal out of trouble.

"I said before the game that nobody is going to remember at the end of the season how many good passes Ben White has made", Neville said.

"I actually think most centre-backs now, in top six clubs, are competent on the ball. They get it out their feet, play good passes, they can play diagonal switches. So we’ve got to stop saying he’s good on the ball because every centre-back in the top-six is."

Neville added: "We’re talking about tonight but lets be clear, those Ivan Toney clips, those five or six clips where he’s got nudged around, that’s going to be the pre-match analysis of everyone who is going to play Arsenal.

"If you’re playing Arsenal next week, you’ll be thinking, 'We’ll stick it on him, we’ll put it up against him, we’ll put our big man on him on set-pieces', and he will be a target.

"He’s got a £50 million price tag and he’ll have to come through those early months of pressure and expectation and people like us talking about him."

It is no secret that White struggled, but do I think he was anywhere near the worst player on the pitch? Absolutely not. The England international was partnered alongside Pablo Mari, who looked far from convincing during the match. For someone who carries more experience, strength and height, Mari should have done a better job at providing his new teammate with support.

Calum Chambers was another one who, despite his experience, failed to provide composure throughout the game and like Mari, looked worryingly unconvincing. In his defence, however, Chambers was tasked with dealing with very pacey opposition and was perhaps not the best option for the full-back role on that occasion.

Another important factor that needs to be taken into consideration, is the number of absentees for the clash at the Brentford Community Stadium.

Captain Pierre-Emerick Aubameyang, Alexandre Lacazette, Thomas Partey and Gabriel were either out ill with COVID-19 or recovering from injury. Martin Odegaard and Takehiro Tomiyasu were yet to be signed as well, so extra quality and depth was also missing.

Since the defeat just over three weeks ago, White has tested positive for COVID-19 himself and missed fixtures against Chelsea and Man City.

Arsenal still failed to pick up points against either opposition and conceded seven goals in total, so it's safe to say the problems lie much deeper than the centre back.

Participating in post-match media duties, Arteta came to White's defence when asked about his duels with Toney.

"Yes, he can improve (in the air), but he won many aerial duels against him in the game as well," Arteta explained. "You are highlighting the ones he didn’t win but Toney will win headers against any defender in this league because that’s a big quality of his."

The Arsenal manager added: "He hadn’t trained a lot. Bukayo Saka couldn’t feature from the start and he was in the same training plan as Ben but Ben made a big effort. Physically, he’s still not where he needs to be, but I think he has had a positive start."

For me, now is not the time to judge White, he has played one game and was part of a starting eleven that lacked quality and composure throughout.

I also want to reserve opinion until I've seen White play with more quality around him. Gabriel is now back and Tomiyasu has arrived, both of whom possess great physical qualities, providing White with added support in the backline. Partey is also set to return at the weekend, so this will add even more security for the defence.

White's talent should not be doubted and I have full confidence in him moving forward. I think he will prove a lot of people wrong and become a vital part of this Arsenal team.

It is impossible to judge after just one game. Let's be supportive and back him to be a success.