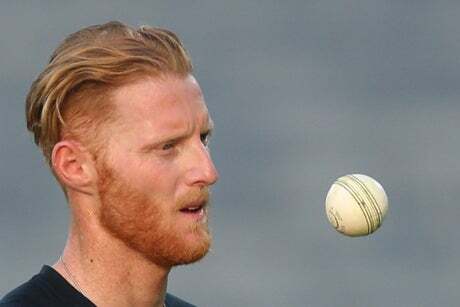 It remains a long shot that England talisman Ben Stokes will be involved in this winter’s Ashes, but a second operation on his serious finger injury has raised hopes that he will be able to play pain-free in future.

Stokes suffered the injury fielding at the IPL almost six months ago. He underwent surgery, before rushing back to play for Durham and – in emergency circumstances due to a Covid-19 outbreak – England in ODIs against Pakistan. Stokes later said he was playing through “ridiculous pain”.

Soon after, in July, he took an indefinite break from cricket to prioritise his mental health and allow the finger to recover. He has had little contact with the game since.

On Monday, he went under the knife for a second time, removing "two screws and scar tissue”, with the ECB saying he will now "undergo an intensive period of rehabilitation for the next four weeks under the supervision of the ECB’s medical team” following a second operation on his serious finger injury.

England will name a squad for the Ashes in the coming days, after the series receives official sign-off at Board level.

Stokes will not be named in the initial party and is someway from being ready to return to the game, but it is not impossible that he plays some part, with three of the Tests scheduled to take place after Christmas.

The signs are good, however, that England will be able – provisionally, at least – to take something resembling their strongest available squad after talks with Australian authorities.

They have still been hit hard by injuries, though, with key quicks Jofra Archer and Olly Stone ruled out, and Sam Curran unlikely to be involved with a stress fracture that has ruled him out of the T20 World Cup.