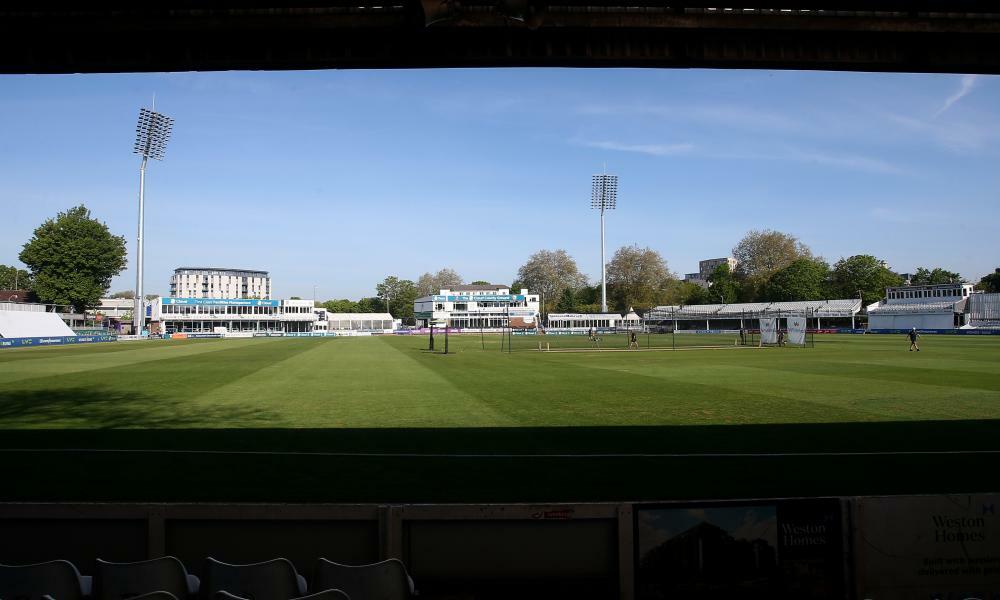 Ben Stokes scored the fastest ever first-class hundred for Durham in their County Championship clash with Worcestershire, breaking a record…

The England captain made 161 from 88 deliveries in the LV= Insurance County Championship match against Worcestershire.

In his first innings since being appointed England’s Test captain, Ben Stokes smashed five successive sixes to reach an extraordinary…

Green Bay’s star corner will now be with the franchise through 2026.

By Ali Martin at New Road

They are used to dealing with floods at New Road but on Friday the famous old ground was hit by a hurricane. It went by the name of Ben Stokes, the newly crowned Test captain unleashing a jaw-dropping 88-ball 161 on his return for Durham and breaking the record for sixes in a County Championship innings.

Among the 17 blows that soared over the rope there was also a flirtation with the fabled six sixes in an over, a feat only two men – Sir Garfield Sobers in 1968 and Ravi Shastri in 1985 – have achieved in first-class cricket. Once Stokes sent the first five deliveries of Josh Baker’s 20th over into the crowd, bringing up a 64-ball century, a hush descended: could a third member be about to join this elite club? It was not to be, however, Stokes duffing his contact with the final ball from Worcestershire’s 18-year-old left-arm spinner and seeing a one-bounce four result. Some 34 runs had been raided from the over but one would scarcely have known it, Stokes recoiling in frustration at an opportunity missed. What a ridiculous sport.

Nevertheless it was a memorable moment in an innings that saw Stokes eclipse Paul Collingwood’s 75-ball hundred against Somerset in 2005 – previously the fastest by a Durham player – and then surpass the championship’s benchmark of 16 sixes shared by Andrew Symonds (1995) and Graham Napier (2011) when he carved Brett D’Oliveira into the stand that bears the name of his grandfather, Basil.

Stokes used his first press conference as England captain to espouse a selfless philosophy. It meant at stumps, as Worcestershire closed on 169 for six in response to Durham’s 580 for six declared, he chose to credit those above him – including a fine 135 from David Bedingham – and reassure the manhandled Baker.

“It was good fun,” said Stokes. “I think the game got set up very nicely by our top five. I just had to play the situation. There are records people bring up but you don’t play the game for stuff like that. Hopefully [Baker] can use the experience. I know what it is like and I just hope he doesn’t look into it too much.”

On another day Matthew Potts might have been the headliner after his five for 36 as Worcestershire’s batters wilted in response. The 23-year-old right-armer from Sunderland has added a yard of pace over the winter and, having been one of England’s standbys for the recent Caribbean tour, his third five-wicket haul this summer could see him upgraded.

But as waspish as Potts looked, no one was knocking Stokes off the top of the bill. Like a younger Ian Botham, among those watching on from the hospitality tent, he was impossible to ignore. Even with the ball, while ticking an important box after recent knee problems, he drew gasps, nearly striking in his first over when Ed Barnard squirted one back on to his stumps only for the bails to remain in place.

This was the only time the force was not with Stokes, having sauntered out to the middle in the third over of the day with 360 for four on the board and Bedingham unbeaten on 81. Whether England can lay such a platform this summer remains to be seen but, having stated his desire to return to No 6 in the Test team, this was a smidgeon of early vindication for the self-imposed demotion.

Stokes made a watchful start, cracking a couple of early fours but sitting 12 not out by the time he had faced 30 deliveries. Thereafter it was carnage, the 30-year-old signalling the charge when he launched Barnard towards the neighbouring hotel for the first of a number of blows which threatened its windows.

Amid the charge to 147 not out by lunch came a remarkable 10-ball sequence in which Stokes ransacked 53 runs and gave Baker a story to tell the grandchildren one day. Resuming after the interval with 15 sixes to his name, Stokes wasted no time equalling the record by driving Ben Gibbon’s first ball back past him and into the sightscreen.

Picking out a shot of the day was almost impossible, such was the smorgasbord of unbridled aggression on show. A personal favourite was a charging swivelled pull off Joe Leach that flew flat and square but the 1,000 or so spectators present at New Road will doubtless have their own highlight to share.

This was a flat pitch, a weary attack and an international player operating on another level from the mere mortals around him. But England, having turned to Stokes in their hour of need and asked him to captain a flatlining Test team, will hope this particular hurricane is just the start of storm season.

Ben Stokes scored the fastest ever first-class hundred for Durham in their County Championship clash with Worcestershire, breaking a record…

The England captain made 161 from 88 deliveries in the LV= Insurance County Championship match against Worcestershire.

In his first innings since being appointed England’s Test captain, Ben Stokes smashed five successive sixes to reach an extraordinary…