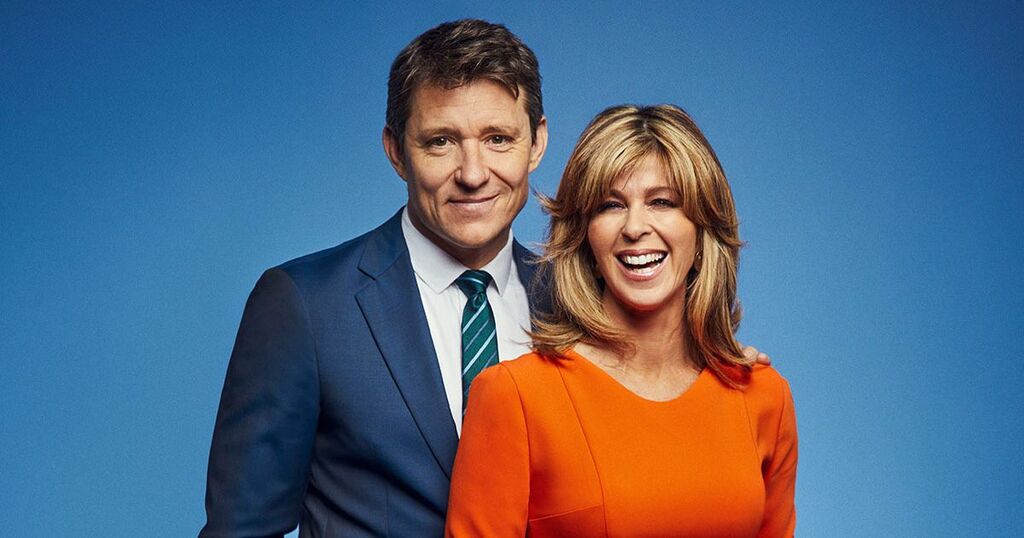 Ben Shephard has urged his followers to vote for his pal and co-presenter Kate Garraway ahead of the NTAs tonight.

The presenter's documentary surrounding husband Derek Draper's battle with Covid is up for the Authored Documentary prize at this year's National Television Awards.

The documentary, called Finding Derek, is shortlisted alongside Katie Price : Harvey and Me, Marcus Rashford: Feeding Britain’s Children, Rob Burrow: My Year With MND and Roman Kemp: Our Silent Emergency.

And Ben, 46, who sits alongside Kate on Good Morning Britain sent a heartwarming thread of tweets on Wednesday asking people to vote for Finding Derek at the awards.

Alongside an image of him and Kate the Tipping Point presenter also shared a link to make voting easier for those who wanted to.

He wrote: "So incredibly proud of my amazing, brilliant, and at times bonkers friend @kategarraway and her family. I have lived this story with her and her strength resilience and enduring positivity in the face of such a stark reality never fails to inspire me.

"Her documentary is up for an #NTA along with some other incredibly powerful and important films. If you can vote that would be amazing."

Fans were quick to take to the comments of the post to show their admiration of Kate. One wrote: "I had the absolute pleasure to meet her, she came to my school in Nottinghamshire to inspire the children I teach to go into the Creative industry, she was absolutely phenomenal & many of them went on to study the Arts, I will never be able to thank her enough, amazing person."

Another penned: "The way Kate has carried herself and her family has been amazing she has shown such empathy and courage during all of this I myself am disabled I've one thing to say Kate garraway your amazing [sic]"

Kate confessed that she wasn't planning on attending the awards ceremony until she made a U-turn on her decision on Wednesday.

The presenter told her fans that she had been thinking about not attending the red carpet bash at the 02 arena, but a chance encounter with a stranger made her change her mind.

The mother-of-two explained in a lengthy Instagram post that she wasn't optimistic about Finding Derek's chances because she is up against a string a strong contenders.

She wrote: "Have been feeling very torn about asking you to vote for our documentary #FindingDerek ‘s nomination for @officialntas tomorrow. I am very proud of it but felt I shouldn’t be asking for more from you. I have even wondered if I shouldn’t go to such a sparkling event and take time away from the family who need me now more than ever."

Kate then went on to tell how a stranger - whose sister recently died from coronavirus - throwing support behind her led to her reevaluating.

She remarked how the stranger passed her house and wished her luck for the award. When Kate said she hadn't been campaigning, the lady told her she must after the documentary provided others with hope during the bleak times.