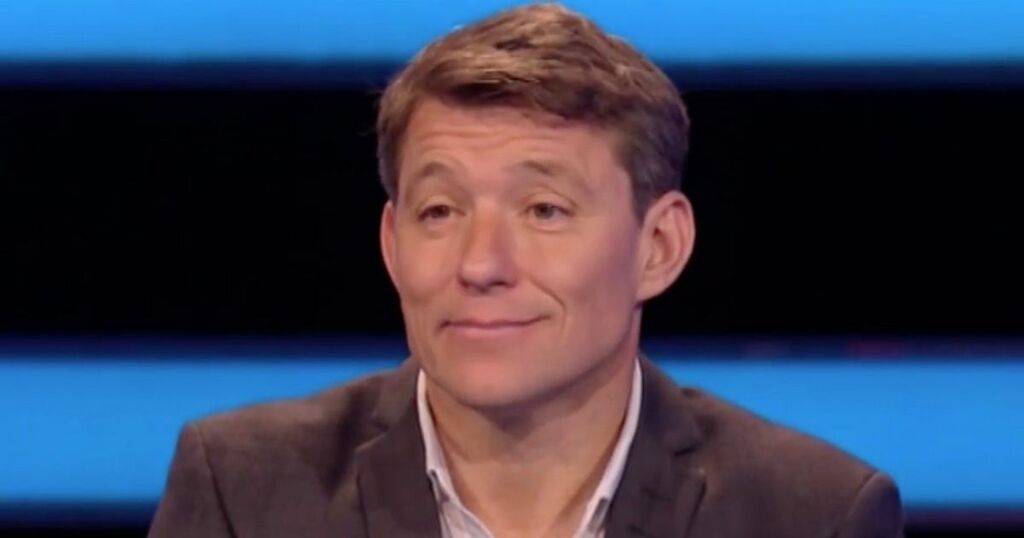 Ben Shephard has joked he'd help his Good Morning Britain colleague get on Tipping Point after he announced his departure from ITV.

Ben, 46, couldn’t resist teasing show boss Erron Gordon, who revealed he was leaving the programme at the end of the year after 13 years.

Ben shared a clip from a recent episode of Tipping Point on Twitter, which prompted Erron, who is the series director of GMB, to ask if he could take part in the game show as a “leaving present”.

However, the show host wasn't going to take part in any favouritism and joked he would only be able to “forward him the application form”.

Erron wrote to his colleague: “Can you fix it for me to play this as a leaving present,” alongside several prayer hands emojis.

To which Ben quipped: “Haha I can def forward you the application form.”

“I expect more from the main man of the Tip,” Erron pinged back, alongside a GIF of a man shaking his head in disappointment.

ITV floor manager Tim Carr then got involved, tweeting: “I’ll play against you @errongordon I’d love to have a go.”

To which Erron excitedly replied: “Yes I love this idea! We need one more…..”

Accepting the challenge, camera operator Kathryn put her hat in the ring.

After seeing his colleagues' enthusiastic response Ben joked: “Hahaha - I’ll get that link sorted in no time, or I could bring my machine I have a home and we could play on the @gmb desk.”

Ben then shared a snap of a mini Tipping Point-type game he has at home.

“That’ll do nicely,” Erron replied, alongside a laughing emoji.

The daytime quiz, which Ben has presented since its debut in 2012, sees three contestants answer questions on the subject of general knowledge to win counters which they use on a large arcade-style machine.

This week Love Island's Chris Hughe s chanced his arm on the show in a bid to win money for charity.

Chris was joined by presenter Charlie Boorman and fishing expert Ali Hamidi to raise money for Soccer Aid for Unicef, however viewers were distracted by his bold choice of clothing.

Reality TV star Chris was the talk of social media for his outfit choice. He wore a long-sleeve white shirt, which he teamed with a checked blazer.

However, it was cropped trousers, which he teamed with trainers and no socks which confused fans the most.

"Is that guy on #TippingPoint expecting a flood?" one wrote.

While another innocently asked: "WTF was Chris thinking with this look?!"

Whilst his outfit didn't go down too well with fans of the show, they were impressed with his score as he managed to rake in £1350 for charity.

Chris however was later beaten by Ali, who took on the giant arcade machine in a bid to win money for Soccer Aid for Unicef.