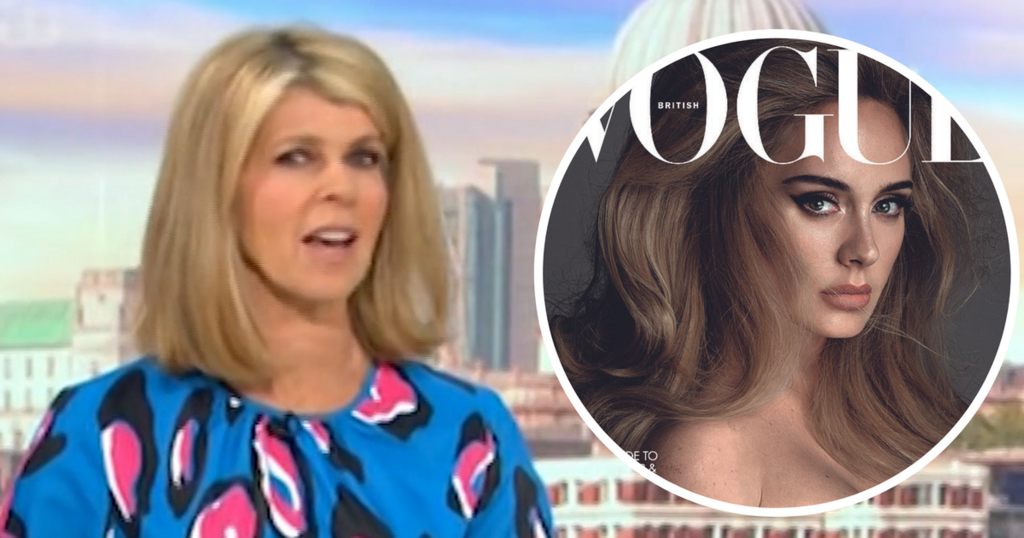 Earlier this week Adele shared a short teaser on social media from her new song Easy On Me as she makes her return to the music scene next week after six years.

Now, the 33-year-old Grammy Award winning singer has appeared on the cover of US and British Vogue and shared all in an in depth interview with the magazine.

Adele opened up about about her weight loss, her divorce, her son, and also her new relationship with sports agent Rich Paul, the Mirror Online reports.

However, Ben and Kate were more interested in the front covers as the pair gushed over how incredible she looked.

Watch the video above to see Ben and Kate react to Adele on the cover of Vogue.

"How fantastic does she look?" Kate commented as the images of her cover shots appeared on screen.

Ben then said: "Goodness me! Fabulous pictures on the front of both the UK and American editions of Vogue this morning, really sensational aren't they? She looks incredible!"

Ben started laughing as he quickly blurted out: "Did you see before those straps along the bottom, that sort of went up at just the right moment didn't it?"

"Well, it is early in the morning!" mother-of-two Kate replied, as Ben joked: "It's never too early for that Kate Garraway!"

Kate continued:" "You can see so much joy in her. We've been waiting so long for this, she's just looking sensational."

During her interview with Vogue, Adele opened up about her split with ex-husband Simon Konecki in 2019.

"It just wasn’t right for me any more. I didn’t want to end up like a lot of other people I knew," Adele said.

"I wasn’t miserable miserable, but I would have been miserable had I not put myself first. But, yeah, nothing bad happened or anything like that."