Ben Roethlisberger on Playing Against Chiefs: ‘We Probably Aren't Supposed to be Here’ 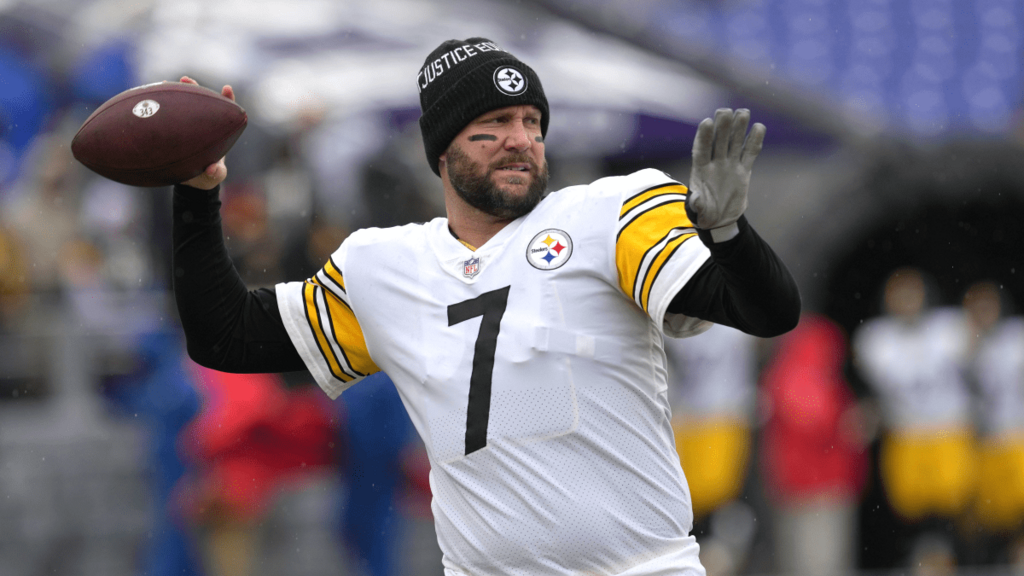 Ben Roethlisberger has played in his fair share of NFL postseason football during his 18-year career. After defeating Cleveland on Jan. 3 to dash the Browns‘ playoff hopes and defeating the Ravens on Sunday to secure a playoff berth, Roethlisberger and the Steelers (9-7-1) have a tough matchup against the Chiefs.

Roethlisberger, who many believe will retire when the 2021 season is complete, will make his 23rd career postseason start against Kansas City on Sunday, tying Pro Football Hall of Famer Joe Montana for the fourth-most by a quarterback in NFL history. However, the six-time Pro Bowler shared a realistic approach with reporters on Wednesday on Pittsburgh's chances of making a playoff run heading into its wild-card matchup.

“We probably aren't supposed to be here,” Roethlisberger said. “We probably are not a very good football team. Out of 14 teams that are in, we're probably at number 14. We're double-digit underdogs in the playoffs. So let's just go plan and have fun and see what happens.

“...We're probably 20-point underdogs and we're going to No. 1 team... that's won the AFC the last two years. Arguably the best team in football. We don't have a chance so let's just go in and have fun."

Pittsburgh's last playoff win came against Kansas City, when the Steelers defeated the Chiefs, 18-16, at Arrowhead Stadium in the 2016 AFC Divisional round. With the Chiefs currently dealing with injuries to critical parts to their offense heading into Sunday's game, the Steelers' defense will look to get pressure on quarterback Patrick Mahomes, who has thrown for 4,839 yards and 37 touchdowns this season.

Steelers linebacker T.J. Watt enters the game with 22.5 sacks this season, tied for Hall of Famer Michael Strahan for the most in a single season since 1982.

For more Pittsburgh Steelers coverage, go to All Steelers.