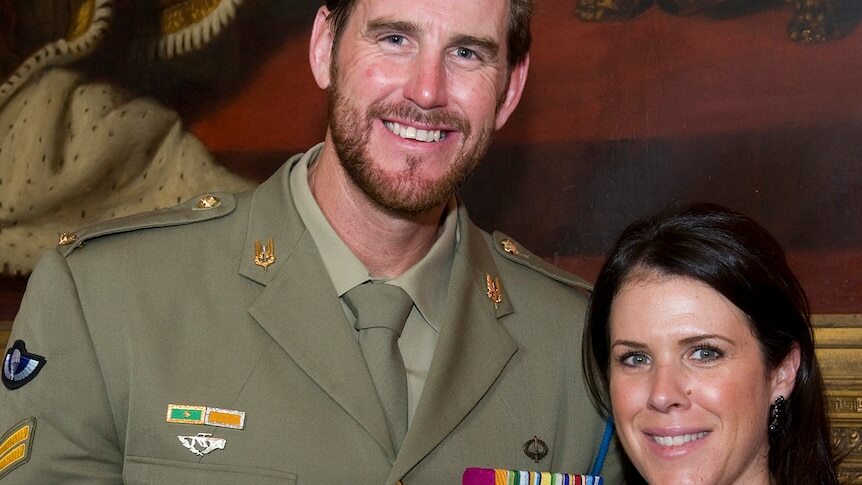 Mr Roberts-Smith has launched a court case against his ex-wife Emma Roberts, separate to his defamation action against three newspapers.

He alleges Ms Roberts accessed an email account he used for confidential legal correspondence about the defamation case and the Afghanistan inquiry.

Mr Roberts-Smith's lawyer Arthur Moses SC accused Ms Roberts of lying in an affidavit in which she said she hadn't given her friend Danielle Scott access to his email account.

"Regrettably we say those first passages are a false construct," Mr Moses told a Sydney court.

Mr Moses went on to say that subpoenaed records from Telstra and Crazy Domain showed that on April 5 the only access to the email account was from a web address associated with Ms Scott and her husband.

"The records do not show Ms Roberts accessed that account on that day," Mr Moses said.

"It's now apparent there are at least 101 occasions where Ms Scott has logged on and accessed that account.

"On that very day the objective evidence is that Ms Scott was accessing (Mr Robert-Smith's) email."

"There's no direct evidence of that ... there's no circumstantial evidence," he told the court.

Mr Moses went on to say a suggestion by Mr Murakami that Mr Roberts-Smith could have given the password to Ms Scott was "nonsense".

The court has previously heard about a WhatsApp exchange in June last year where Ms Scott sent Ms Roberts the name and address of a solicitor helping prepare Mr Roberts-Smith's defamation case.

Mr Moses has sought to examine Ms Roberts about her disclosures in the case.

"The first respondent (Ms Roberts) has been caught out lying on objective evidence so it triggers the need to bring her in," he told the court.

Mr Roberts-Smith’s defamation case against The Sydney Morning Herald, The Age and The Canberra Times is due to resume in November, after being delayed due to Sydney’s COVID-19 outbreak.