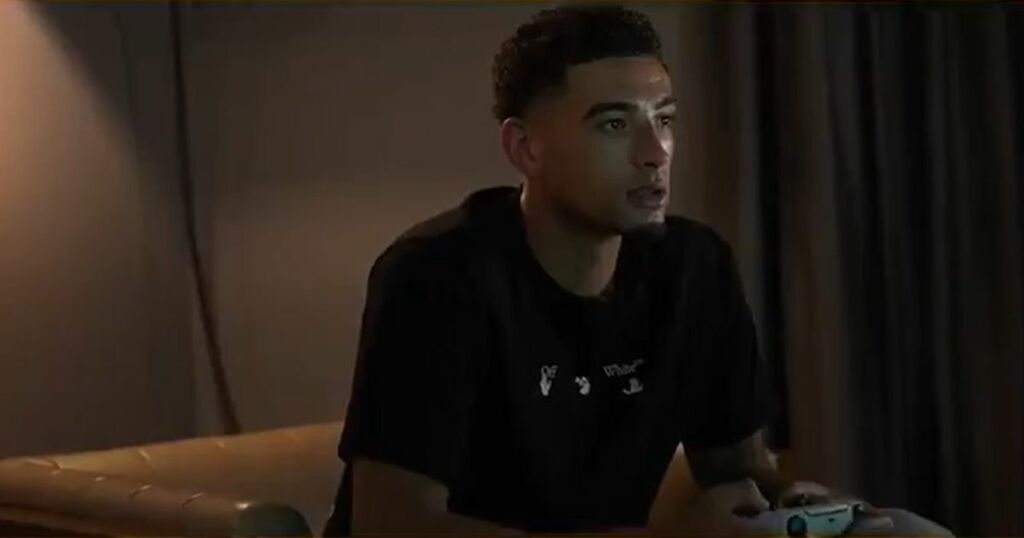 Ben Godfrey has praised Demarai Gray's "massive" impact on Everton since his summer move from the Bundesliga, and explained why the team bus often gets competitive.

The winger was Rafa Benitez's third signing of the transfer window, joining for just £1.7m from Bayer Leverkusen.

But the Premier League title winner with Leicester City has hit the ground running with his new club and proved to be a revelation at Goodison Park so far.

Godfrey was asked by Joe.co.uk who he believed Everton's most underrated player on the new FIFA 22 game was, and he had no hesitation in mentioned the summer arrival's impact.

The Everton defender remarked: "I don't know, like the start he's had to the season.

"I knew he was a good player, but to come and have the impact that he has, it's been massive.

"He's massive for us now, and to be honest it's deserved. He works hard and is a great guy as well."

FIFA games have clearly been a staple of the Everton dressing room for some time, and Godfrey has admitted that the team bus can often get competitive with matches between the squad.

But there are two names in particular that stand out as the best pair.

Godfrey added: "Yeah it will get competitive because on the team coach and stuff, you know those little portable screens the lads have?

"The lads get that out on the coach and that obviously gets heated, because everyone thinks they're the best, you know what I mean?

"I think you'd have to say Mason Holgate or Jordan Pickford [are the best]. They spend a lot of time playing.

"They've just got that knack for it, do you know what I mean?"

As for the worst FIFA player among the Everton squad...

"Could be Andros Townsend," Godfrey quipped.

"Just tactics are all wrong, he claims he doesn't play the game much, but I know that he does.

"Yeah, he's just one of them that hasn't got it unfortunately.

"So yeah I'd have to put Andros down there."