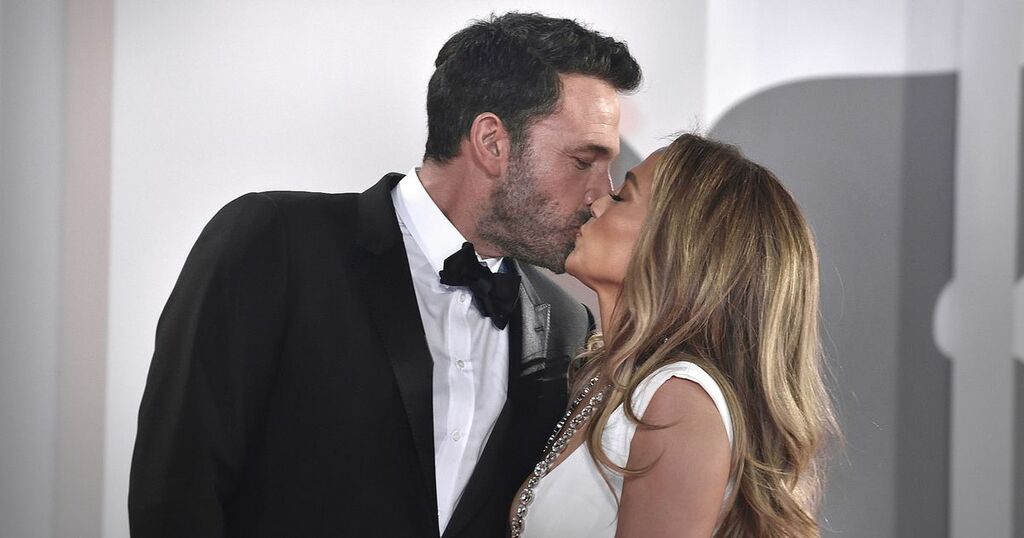 Ben Affleck's ex Gwyneth Paltrow has given her seal of approval as he made his romance with Jennifer Lopez red carpet official.

The couple showcased their rekindled romance at the premiere of Ben's new movie The Last Duel at the Venice Film Festival in Italy last night.

One snap showed the pair sharing a kiss, and Gwyneth showed her support by writing: "Okay, this is cute."

Ben and Gwyneth started dating after they were introduced at a dinner hosted by Harvey Weinstein in 1997.

The then-couple went on to star in two films together: Shakespeare In Love, which landed the actress her first Oscar, and rom-com Bounce .

Gwyneth then went on to marry Coldplay front man Chris Martin in 2003 and they welcomed two children but pair decided to "consciously uncouple" in 2014.

The couple looked as loved up as ever as they posed for the cameras and even kissing in one photo.

Ben and Jennifer, previously dubbed Bennifer, are thought to have rekindled their romance after Jennifer called off her engagement to Alex Rodriguez back in April.

The pair were previously engaged back in 2002 but they called it off in 2004.

They confirmed their new relationship in June on Jennifer's 52nd birthday when they shared a kiss on a yacht during a romantic trip to Europe.

The two families seem to have already blended as Ben was pictured out in LA with Emme, and his two youngest children, Seraphina and Samuel.

Jennifer confirmed the pair's engagement in 2002 by showing off her 6.1-carat pink diamond from Harry Winston, which reportedly cost Ben $2.5 million.

Two days before they were set to get married they released a statement saying that they had decided to postpone the wedding due to feeling like they had to hire "three decoy brides".

However, the January of 2004 came the announcement of their official split.

Jennifer's spokesperson released a statement announcing the split and Ben and Jennifer both moved on into different relationships.