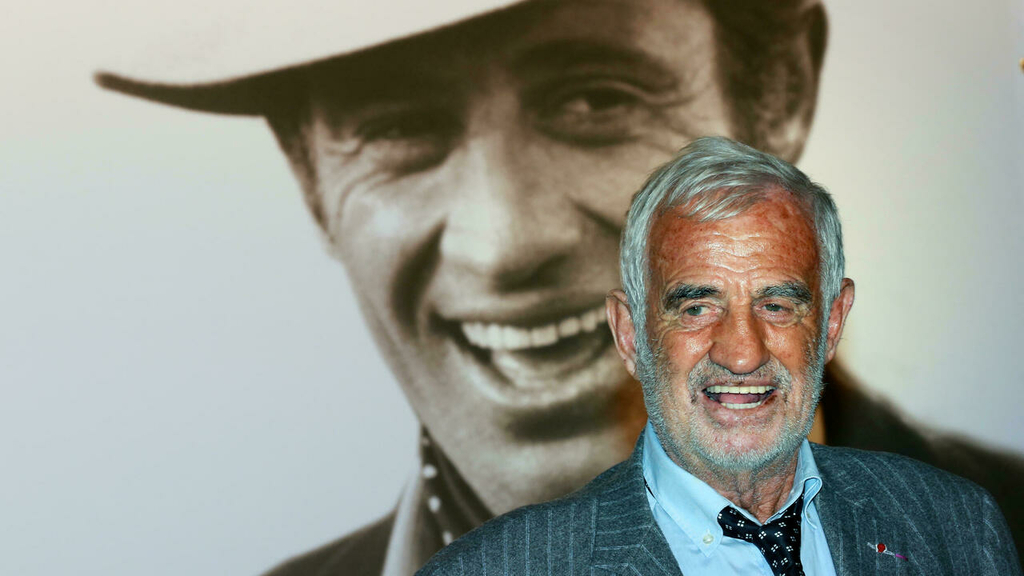 France will hold a special ceremony in honour of Jean-Paul Belmondo, one of the country's best-loved actors, who died at the age of 88 on Monday. As tributes pour in for the New Wave icon from admirers across the globe, some feel the grand pomp of an Invalides memorial is inappropriate for someone who fashioned himself as 'a man of the people'.

On Tuesday, the Elysee Palace announced that a ceremony for actor Jean-Paul Belmondo would be held at Invalides, in Paris on Thursday.

Originally reserved for military personnel, it has in recent years been opened to include services for civilians who have marked their country in a special way.

The venue was chosen "in concertation with the family", according to a presidential aide, "where all French citizens will feel included."

Known in France as "Bebel", Belmondo was also often called "Le Magnifique" (The Magnificent), after a 1970s secret agent satire in which he starred. He made over 80 films in his career.

"He will always be The Magnificent," President Emmanuel Macron tweeted. Calling Belmondo "a national treasure", he added: "We all recognised ourselves in him".

Former president Francois Hollande said that "everybody would have loved to be friends with him", while the prime minister Jean Castex told French media he was "sad" to hear the news, describing Belmondo as a "legend" and "so very French, loved by all generations."

France's culture minister Roselyne Bachelot added that she thought "no other actor had been as close to his public."

Not everyone agrees however that holding such a grand ceremony under the golden Invalides dome is appropriate for the kind of popular icon Belmondo was.

This is perhaps due to his "fighting" spirit which came out in his love of sports, in particular boxing and the fact that ever since his debut in the 1950s, Belmondo was keen to try all the roles, from drama to comedy, even doing his own stunts.

"Why hold it at Invalides? It's silly. Belmondo was a clown, not a fighter or a hero. I hope his family refused," one reader wrote on Twitter.

"Beloved actor, yes, but hero???" wrote another. "Other great actors have probably made a mistake by not dying during an electoral campaign," said another.

"I don't think he would've like this kind of place," added a third.

For one of his biographers, Belmondo had two very distinct sides to his personality, which was reflected in the roles he chose to play. The "sunny side" with comical characters and the suave charmer, while his "other" side revealed a man who was "sensitive, deep and extremely generous," Guillaume Evin told RFI.

"He was capable of playing every role," he goes on. "The traitor, the teacher, the intellectual - he had a palette of expression which was extremely large."

Jean-Paul Belmondo was one of the last actors from the "Conservatory gang" of the 1950s, who have passed away one by one in recent years: Jean Rochefort, Claude Rich, Jean-Pierre Marielle, Jean-Pierre Mocky, Guy Bedos.

Among this clique was fellow iconic actor Alain Delon -- both a friend and a rival of Belmondo -- said he was "completely crushed" by the news of Belmondo's death. "It's part of my life, we started together 60 years ago".

Although they were both stars, "Belmondo always came across as the best pal," another biographer Laurent Bourdon told RFI. "He's the brother, the cousin as well," contrary to Alain Delon who was not like that at all.

"He (Belmondo) was accessible, he was friendly, he was devoted to his public, and he loved his profession."

Bourdon explains that although the critics were not always tender with Belmondo, because of his choice of crowd-pleasing action roles; no-one could beat his enthusiasm and his versatility.

"He preferred to be close to his public and as for the good reviews, well bad luck!".

Fans from the world over including film directors, politicians and the French Foreign Legion have paid homage to Belmondo on social media.

French actor Richard Berry said of Belmondo that "he was everybody's friend" and Michel Boujenah, also a French actor, called him "our very own Eiffel Tower".

Film director Bertrand Blier said "it was so easy to film with Belmondo. It's always easy with great actors."

End of an era

Spanish actor Antonio Banderas said that "this is a sad day for culture. A great actor and an icon of French and European cinema has left us".

"It's impossible not to feel that this is the end of an era," tweeted Uruguay's national film library.

In Moscow, Oleg told RFI that he considered Belmondo "a giant". "His comedies were sincere with real relationships between the characters. He was a serious artist and at the same time a really funny guy."

In China, RFI's correspondent reported that the hashtag for Belmondo had been trending on social media all day since the news was announced, prompting also a rush on local media platforms to re-watch certain classics, Pierrot Le Fou being one of the favourites.

US cinema magazine Variety described Belmondo as "the French icon of his generation," in particular for his role in Breathless (A bout de souffle) by Jean-Luc Godard, and compared him to James Dean, Humphrey Bogart and Marlon Brando, figures of a vanished era.

He won several lifetime achievement awards, in 2010 from the Los Angeles Film Critics Association, in 2011 at the Cannes film festival, and in 2016 at the Venice festival.

"His generosity, both as a man and as an actor, created some of film history's greatest moments," Cannes festival director Thierry Fremaux tweeted on Monday. "Thank you, Jean-Paul."