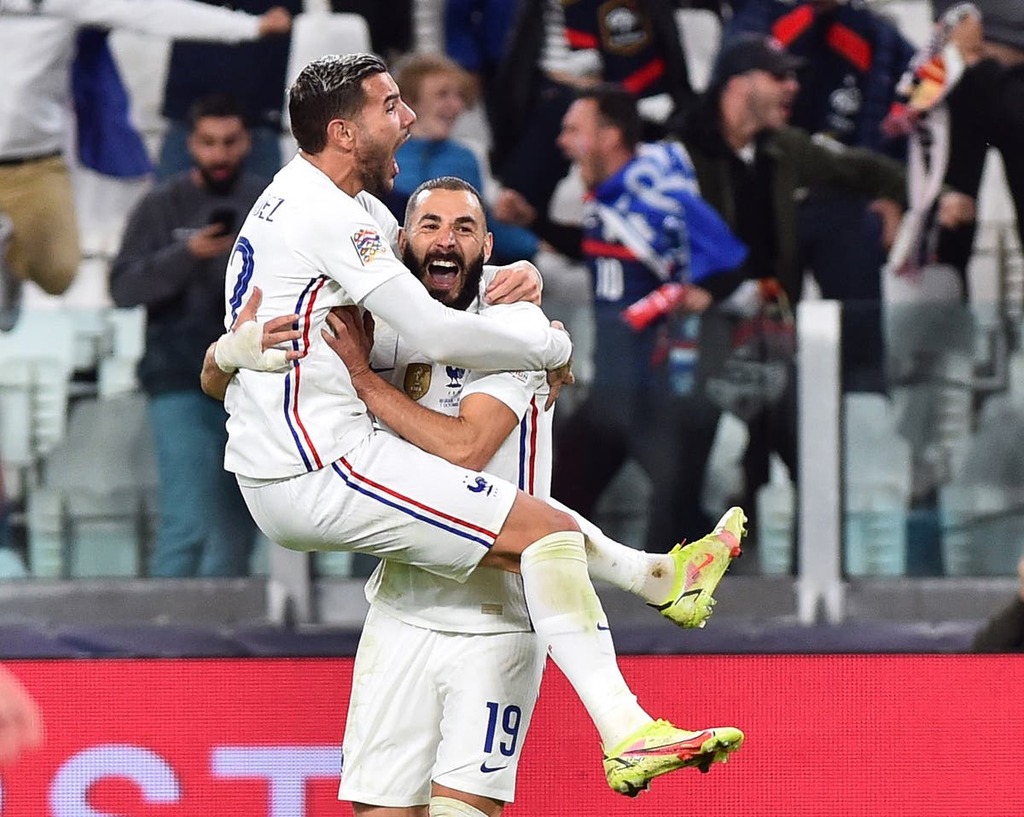 World champions France recovered from two goals down to beat Belgium 3-2 in a thrilling Nations League semi-final on Thursday with a last minute strike from Theo Hernandez securing a place in Sunday’s showpiece match against Spain.

In a crazy end to the game Belgium thought they had won it minutes earlier but Romelu Lukaku’s late effort was ruled out for offside by VAR.

Yannick Carrasco fired Belgium ahead in the 37th minute and three minutes later Lukaku doubled the lead with a superbly taken goal.

Karim Benzema got France back into the game in the 62nd minute before Kylian Mbappe equalised with a penalty.

France were on top and searching for the winner but three minutes from the end of normal time Lukaku looked to have won the game for Belgium after connecting with a cross from Carrasco only for the effort to be annulled.

France midfielder Paul Pogba then hit the top of the post with a superb curling free-kick before Les Bleus grabbed victory with the 90th minute strike from Hernandez. Follow all the reaction from the game below.