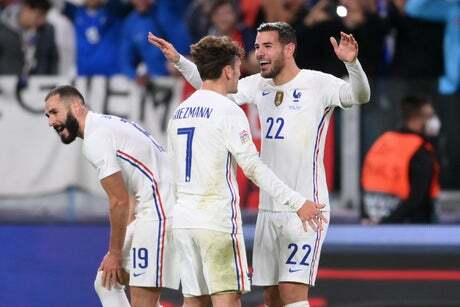 France teed up a heavyweight showdown with Spain in the 2021 Nations League final in Milan on Sunday night.

Didier Deschamps’ reigning world champions produced an epic fightback to down neighbours Belgium in a remakable last-four tie in Turin.

Belgium had led 2-0 at the interval after a quick-fire double from Yannick Carrasco and Romelu Lukaku, with the Chelsea striker also seeing a late effort ruled out for offside.

While La Roja and France will now lock horns in Sunday’s final, Belgium and Italy meet in the third-place play-off, having also squared off in the Euro 2020 quarter-finals in Munich over the summer.