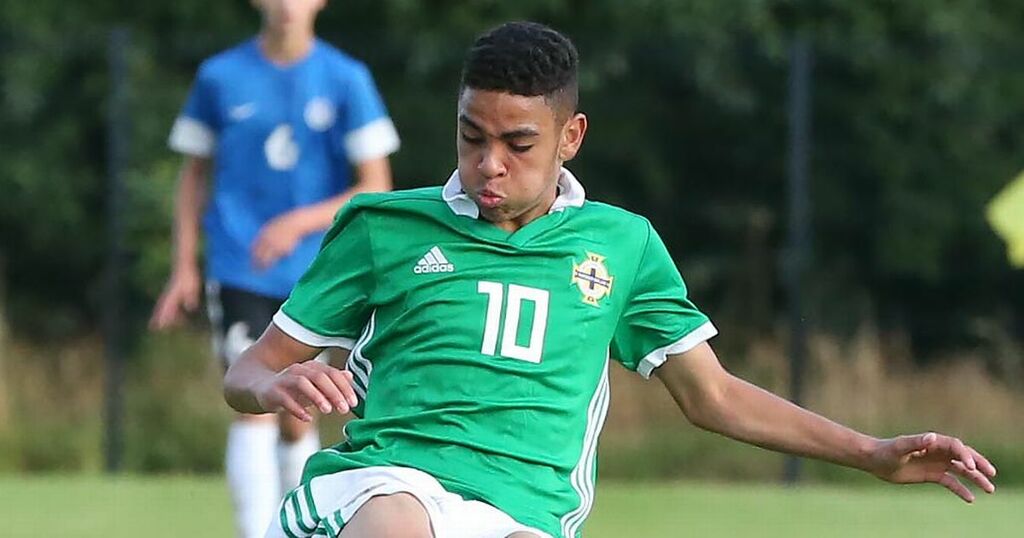 Brodie Spencer is ready to "push on" after signing his first professional deal with Huddersfield Town.

The Shankill teen has hit the ground running since joining the Terriers in the summer of 2020.

His initial deal included a two-year scholarship followed by a one-year pro deal, but the Championship club has fast-tracked Spencer following a blistering debut season.

And after signing a new three-year professional contract, the Northern Ireland Under 19 international is relishing the season ahead.

"I am delighted to get the deal done. It is a three-year contract, so I got my initial deal extended by two years. I am buzzing," Spencer told Belfast Live.

"I have absolutely loved it since joining Huddersfield last summer. Just everything about it.

"I have just embraced the whole full-time lifestyle. I love training every day, meeting new people and making new friendships.

"And obviously improving as a player every day. That's the key thing.

"I have noticed so much development in my game. You work on your weaknesses and build on what you're good at. You are working on them every day and you see improvements.

"Some areas are quicker than others, but I am still learning and I want to continue progressing and improving."

Spencer has proved his versatility with Huddersfield, playing in a number of positions including right-back, midfield and centre-half.

"I have mostly being playing right-back, but I enjoy playing anywhere," he added.

"Sometimes being versatile can be a curse, but I don't mind. It is all learning for me.

"I just want to push on and continue working hard. Keep doing what I was doing before I got the pro deal.

"I am playing Under 23s this season. Last season I was mostly playing for the U17s and 18s.

"I suppose jumping up to the 23s shows that the club have faith in me, and that gives me a lot of confidence.