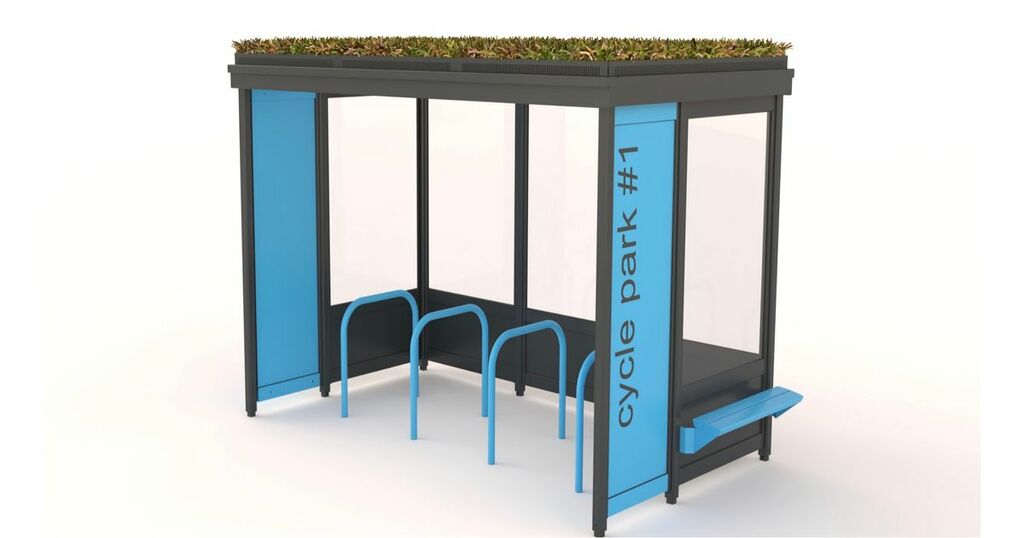 The party abstained on a vote at Belfast Council’s City Growth and Regeneration Committee this week (Wednesday September 8th), which saw approval for the new "green" cycle stands across ten locations in the city.

The stands were chosen by the council as a part of Stormont’s Covid-19 Revitalisation Programme, with money coming from the Department for Infrastructure 'Sustainable and Active' fund.

In May the council first forwarded the plan to spend £100,000 of the fund, with input from Sustrans, the cycling and walking charity. The new stands will have a modern modular aluminium shelter, a grassy, solar roof, an LED light system powered by solar panel, and perch seating.

At the City Growth and Regeneration Committee, Sinn Fein Councillor Ciaran Beattie said: “We are not going to vote against this, but we are concerned at £100,000 being spent just to keep seats dry. We will abstain on this because we are concerned about that amount of money. Had it been a secure lock-up for bikes, no problem, but to me this just looks like a bike-rack with a roof on it.”

He added: "You could put a lot of parking bays in for that money. You might have to put a bag over your seat. I don't know effective these are going to be."

12 elected representatives voted for the roll-out of the stands, from the other parties, while four Sinn Fein councillors gave a no-vote.

The council was also tasked with looking at the potential for secured bicycle parking, and concluded there wasn’t enough money for the project. A report states: “An evaluation of secured cycle stands within the city centre was also undertaken, and given the requirement to have in place a system /personnel resource maintaining the operation of these locations - including membership provision, allocation and monitoring of access fobs, and emergency call-out facilities - it was not possible to have the secured cycle provision included within this funding package.”

The council said it was in continuing negotiations with the Stormont department on secure bicycle parks, and said a potential scheme might involve partnership with Translink or any of the city’s multi-storey car parks.