Beirut explosions: Where did the 'floating bomb' cargo come from and is Russia connected?

For hundreds of thousands in Beirut, the wreckage caused by Tuesday’s colossal explosion came as a shock that will take some time to process.

For the former crew of a Russian-owned vessel abandoned in the docks in late 2013, it came as less of a surprise.

On Tuesday evening, local media reported the blast was caused by the explosion of 2,750 tons of ammonium nitrate that had been transferred from the Rhosus cargo ship in 2014.

The Rhosus sailed under a Moldovan flag but was reportedly owned by Igor Grechushkin, a native of Khabarovsk in Russia’s Far East, and was manned by a crew of Russians and Ukrainians.

According to contemporary reports, the Rhosus was scheduled to transport its cargo from the Georgian port of Batumi to Biera in Mozambique in late 2013. But along the way it fell into technical problems, and failed a safety inspection in Beirut. Some time later, the ship was seized after its owner apparently ran out of money or willingness to pay port fees.

In July 2014, with his crew essentially hostages and running out of provisions, Captain Boris Prokoshev warned of the dangers of his cargo.

“We’ve been here since October, with a cargo of ammonium nitrate, an explosive substance, in the hold,” he told a journalist of the Ukrainian Sailor newspaper. “We’ve been abandoned, living with no wage on a powder keg for the last 10 months.”

A Russian newspaper that reported on the situation carried a headline that reads especially eerily today: “Crew of the Rhosus cargo ship are hostages aboard a floating bomb.”

According to Capt Prokoshev, the owner of the vessel ended up owing the crew upwards of $200,000 in wages. Social media posts about the reported owner, Mr Grechushkin, and his company, Teto Shipping Ltd, contain several claims of non-payment.

Natalya Klamm, director of the Odessa-based Assol foundation, which assisted the sailors at the time, told The Independent the situation the men found themselves was not unique.

“Ships get seized, wages aren’t paid, crews are arrested, people go missing,” she said. “We get calls like this every day. Yes, people were happy when they were eventually released, but it was six years ago and frankly it wasn’t so unusual to remember an awful lot about it.”

Following representations by Ukrainian diplomats, local authorities agreed to release five of the sailors. The Russian captain and three senior Ukrainian crewmen stayed onboard – and would only be allowed to travel home in September 2014.

Around that time, authorities granted permission for the dangerous cargo to be disembarked for “safekeeping” in the Beirut port’s warehouse number 12. The transfer is recorded in an article written by two lawyers in Arrest News in October 2015.

The explosive stockpile would remain in the docks for six years before Tuesday’s tragic events. Documents leaked on Wednesday morning, which purport to be letters from customs officials to an unnamed judge over 2014-2017, indicate Lebanese authorities were well aware of the “serious dangers” associated with the cargo.

Lebanon president Michel Aoun described the failure to deal with the stockpile of ammonium nitrate as “unacceptable” and said those responsible would face “the harshest punishment”.

A probe has now been launched, with the investigating committee expected to present findings within five days.

Early reports suggest the explosion followed repair work to the warehouse, sparks from which caused unidentified pellets to explode – and following that, the ammonium nitrate. 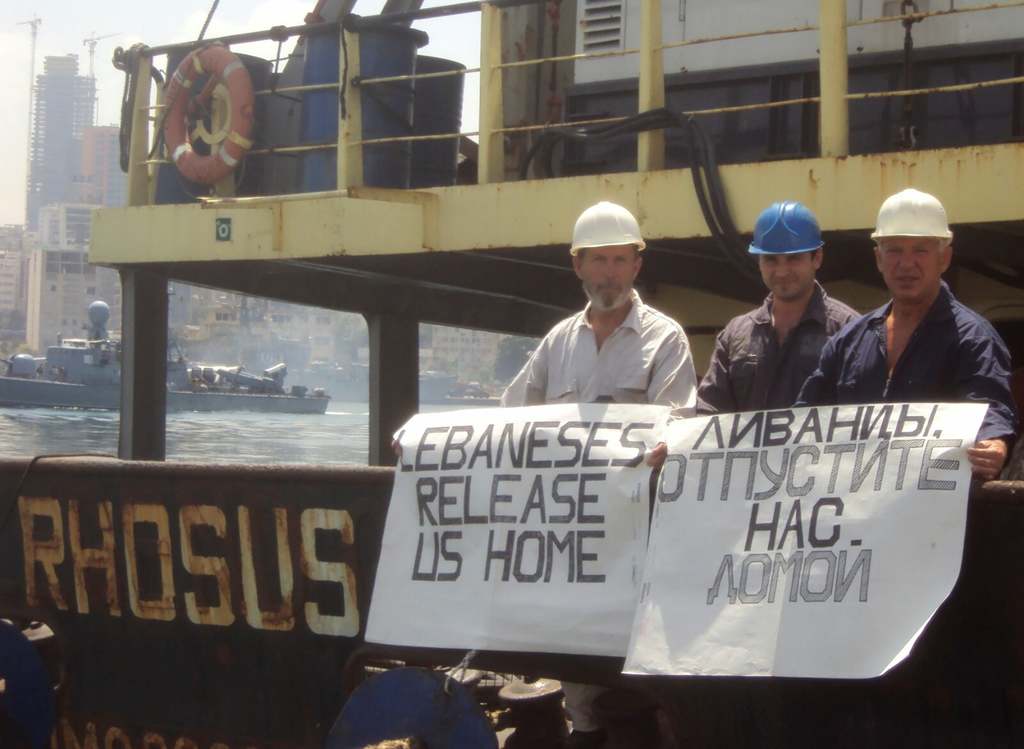 Igor Grechushkin: Who is the Russian businessman who owned a 'floating bomb' in Beirut's port?
Ship's captain tells The Independent of ill-fated voyage that ended with ammonium nitrate being piled up in Beirut's port, and…

The Independent UK
One subscription that gives you access to news from hundreds of sites
Beirut's accidental cargo: How an unscheduled port visit led to disaster

The ship was carrying 2,750 tonnes of a highly combustible chemical from Georgia to Mozambique when the order came to…

Thousands of tonnes of ammonium nitrate, believed to be responsible for the devastating explosion in Beirut on Tuesday, have been…