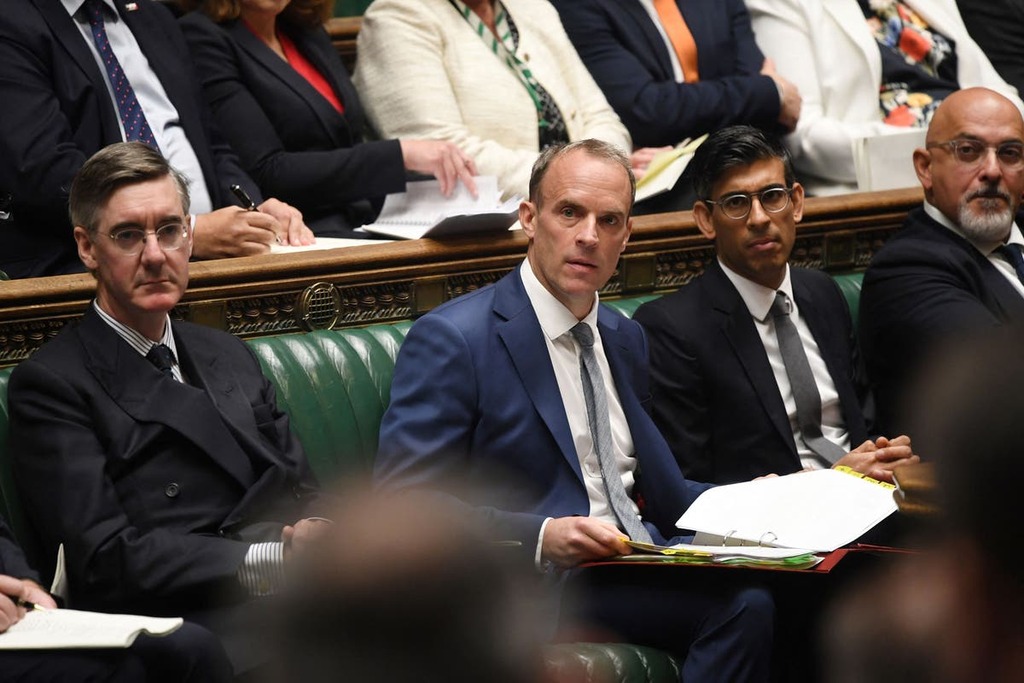 Woke, cancel culture and white privilege – how UK public reports feeling more divided
‘No surprise’ public feels more polarised when use of such divisive words has boomed, a researcher said

THE UK media's attention to the “culture war” has skyrocketed amid growing public awareness of the phenomenon, according to a…

The National (Scotland)
Britain's descent into culture wars has been rapid, but it needn't be terminal

The Guardian - UK
One subscription that gives you access to news from hundreds of sites
Labour can win the next election if it focuses on cost of living not culture war, survey suggests

For some, it is the highest of accolades. For others, the gravest of insults. Yet academics have concluded that the term “woke” is, in fact, offensive … to everyone but Labour voters.

The Merriam-Webster dictionary defines “woke” as “aware of and actively attentive to important facts and issues (especially issues of racial and social justice)”.

However, it remains unclear as to whether the word - which has come to divide and sum up the zeitgeist - is a compliment or an insult, with the meaning changing depending on the context, company and intention.

Since 2020, researchers at the Policy Institute at King’s College London (KCL) and Ipsos UK have been carrying out a series of studies - informed by surveys of nearly 3,000 people - providing an in-depth assessment of the culture war debate in the UK.

Last year, The Telegraph reported the preliminary results of the same researchers’ work as it marked the first study of its kind, as they found that the nation was divided on whether “woke” was a compliment or insult.

Likely to cause offence

However, according to their latest figures published on Thursday, people are more likely to find the term offensive.

Two years ago the public was split on whether the term should be seen as a compliment (26 per cent) or insult (24 per cent). But these figures have now changed to 36 per cent and 26 per cent, meaning that the British public are more likely to view it as insulting, with the proportion who say they don’t know what the term means also falling from 38 per cent to 28 per cent.

In February, Oliver Dowden, the Conservative party chairman, attacked the “decadent” ideology of “woke” culture – claiming it was putting the West in danger.

In a speech to a Right-wing US think tank, the Cabinet minister said “woke” ideas were not only “everywhere” but were also a “dangerous form of decadence” at a time when “our attention should be focused on external foes”.

Perhaps then, it is not surprising that Conservative voters are far less likely to see the term as a form of flattery than Labour voters.

The researchers found that changes among particular groups have driven the trend.

Meanwhile, the proportion of the public as a whole who consider being “woke” a compliment has remained steady at 26 per cent, while 41 per cent of 2019 Labour voters now consider the term a compliment – a slight increase on 37 per cent in 2020.

Furthermore, perceptions of “woke” have become at least slightly more negative among all age groups surveyed, but especially the oldest: in 2020, 25 per cent of people aged 55 and above considered the term an insult, but this now risen to 42 per cent.

Responding to the latest data, Professor Bobby Duffy, director of the Policy Institute at KCL, said: “There has been an extraordinary increase in the media’s focus on culture war issues and terms in recent years, reflected in our analysis of UK newspaper content.

“‘Cancel culture’, for example, didn’t exist in our national discussions only a handful of years ago, but now there are thousands of articles that use the term.

“It’s no surprise, then, that this media and political debate seems to have affected public opinion. Awareness of the key terms is growing, and the meaning of key words is changing – not least ‘woke’, with a clear shift to seeing it as an insult, rather than a compliment. The overall trend is towards people being more likely to see the UK as divided by ‘culture wars’.

“We need to remember that these issues are far from the top of people’s lists of concerns, and the vast majority of people are not as fired up as the media and social media discussion often suggests.

“But that doesn’t mean the issues are irrelevant to the public – there are important debates to be had about culture change in the UK. However, the tone of the discussion, as much as the content, matters – and the nature of the conversation we’re currently having is risking increased division.”

Gideon Skinner, head of political research at Ipsos UK, added: “Culture wars are not top of mind in the public’s daily concerns, but nevertheless there are signs that awareness of some of its key terms is growing, alongside a far greater focus on them in the media.

“With that greater awareness is a slowly growing belief that culture wars are dividing the UK, and particularly changes in how people react to the phrase ‘being woke’.

“The research suggests that certain groups – notably older people, and Conservative and Leave supporters – are moving from a position of not really knowing what ‘being woke’ means to now clearly seeing it pejoratively.

“Nevertheless, at an overall level people are fairly split in their views towards ‘woke’ – there has been no change in the proportion who see it as a compliment (especially among younger people, Labour voters and Remainers), and many people or course don’t have a strong view one way or the other, just as not everyone believes the country is divided by culture wars.

“So while there are reasons to be concerned about the potential for a focus on culture war divisions to feed polarisation, not everyone yet sits on the extremes.”

Woke, cancel culture and white privilege – how UK public reports feeling more divided
‘No surprise’ public feels more polarised when use of such divisive words has boomed, a researcher said

THE UK media's attention to the “culture war” has skyrocketed amid growing public awareness of the phenomenon, according to a…

The National (Scotland)
Britain's descent into culture wars has been rapid, but it needn't be terminal

The Guardian - UK
One subscription that gives you access to news from hundreds of sites
Labour can win the next election if it focuses on cost of living not culture war, survey suggests