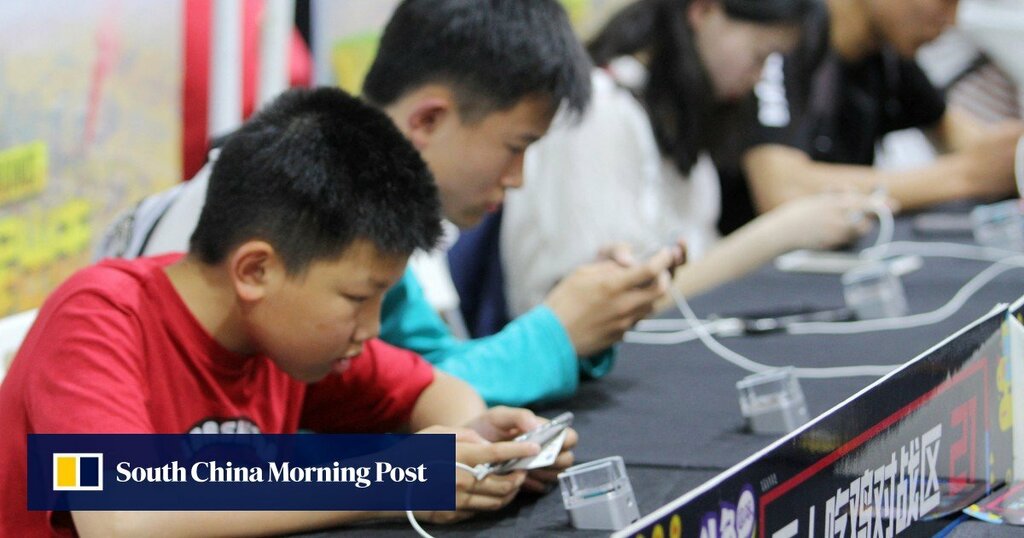 Chinese regulators have temporarily slowed their approvals of new online games in the country, dealing a fresh blow to video gaming companies like industry giants Tencent Holdings and NetEase, as Beijing steps up measures to tackle gaming addiction among young people, according to people with knowledge of the matter.

That strategy emerged after a meeting on Wednesday called by regulators, led by the publicity department of the Chinese Communist Party and gaming watchdog the National Press and Publication Administration (NPPA), to discuss with representatives from Tencent and NetEase how they will implement Beijing’s new restrictions on video gaming for minors.

The licensing process for new games had already slowed down for more than a month, according to a person who was briefed about the meeting, but declined to be named because the information is private.

Another person, who was also briefed on the discussions, said new game approvals would be on hold “for a while” because the priority was to “cut the number of new games” and “reduce gaming addiction” in the country, which is the world’s biggest video gaming market. This source, who declined to be named because the matter discussed remains confidential, also described the approval of new games in the first half of this year as being “a bit too aggressive”.

A third person, who attended the meeting, said delays in the licensing process were needed to “ensure a smooth and successful deployment” of measures to reduce gaming addiction in minors.

The NPPA, which is in charge of licensing video games in the country, has not published the list of approved titles for August, breaking its routine of announcing newly licensed games either in the middle or at the end of each month since May 2019. Between 80 to 100 games are usually approved each month.The regulator did not immediately reply to a request for comment.

It is unclear when this slowdown in new game approvals will ease up, according to the sources.

There was a nine-month freeze on new video game approvals in 2018, which negatively affected many small developers, amid changes made in China’s regulatory framework.

In that meeting on Wednesday, which was also attended by the Cyberspace Administration of China and the Ministry of Culture and Tourism, the representatives of Tencent and NetEase were told to “strictly enforce” the NPPA’s latest rule that limits gaming time for players under the age of 18 to between 8pm and 9pm only on Fridays, Saturdays, Sundays and statutory holidays.

In addition, video gaming companies were directed to cleanse their video games by removing what authorities described were the “wrong set of values”, including “worshipping money” and “gay love”. They were also reminded not to maximise their profits from video gaming and ensure that young people do not get addicted to games.

The marching orders given to games publishers signalled the resolve of Chinese regulators to tame this industry, according to analysts. That has put more pressure on the likes of Tencent and NetEase, as Beijing’s crackdown on the internet sector continues.

Mio Kato, founder of Asia-focused LightStream Research, said he was “surprised by how strongly they are targeting the addictiveness [of video games] and monetisation [by gaming companies]”.

“Will they completely stop companies trying to generate addiction, in which case freemium could be dead?” Kato said. Freemium refers to a video gaming business model in which games are offered free to play, but loaded with in-game purchases.

“Or are they just trying to get [video gaming companies] to tone it back? In that case, it will probably still be significant, but not necessarily devastating,” he said.

Tencent, which runs the world’s biggest video gaming business by revenue, and NetEase have both rushed to comply with Beijing’s new gaming time restriction.

On Thursday, Tencent announced that it will postpone the launch of its most anticipated mobile game this year, League of Legends: Wild Rift, from next week to after the National Day holiday on October 1 for “another round of testing”.

The NPPA typically approves dozens of video games developed by Chinese studios each month, while being particularly strict with imported online games. It licensed 592 games in the first half of 2021. That was more than the 575 games approved in the first half last year, but fewer than the 850 approvals in the same period in 2019.

On July 22, the NPPA announced the approval of 87 games for the month, from 86 games the previous month. On June 28, the regulator said it approved 76 imported games so far this year. It licensed 97 imported games in 2020.

When Beijing last froze video game approvals, more than 28,000 gaming companies closed their doors in 2018 and 2019 , according to a report by the state broadcaster China Central Television.

The apparent message from last Wednesday’s meeting was to expect further regulation of the video game industry, according to a Beijing-based developer who declined to be named.

Regulators have raised their scrutiny of China’s video games industry since August after the publication of an article in the Economic Information Daily, which described gaming as a “spiritual opium” that is harming the country’s teenagers, singling out Tencent as a source of the problem.