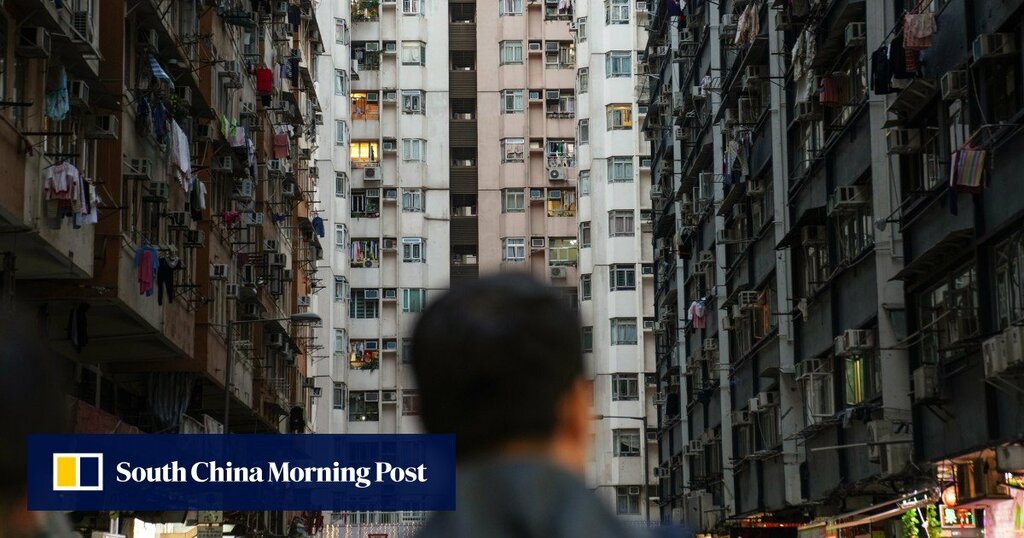 Beijing’s top agency in Hong Kong has prepared a to-do list for the local administration and its own officials to improve the city’s governance based on a recent outreach drive, as a deputy director promised more of such programmes to gauge public sentiment.

A source said the central government’s liaison office in the city had compiled a list of 500 measures to be implemented after meeting thousands of residents and analysing the feedback.

Lu Xinning, one of the seven deputy directors at the office, made the pledge to extend its outreach work just over a week after launching a drive to “listen directly” to ordinary Hongkongers.

Officials have made more than a dozen visits since the end of last month to meet residents, ranging from the underprivileged to young entrepreneurs. They have also mobilised 40 Chinese enterprises to also reach out to the community.

At a press briefing, Lu revealed that more than 80 per cent of liaison office staff had taken part in the campaign, in which they talked to 3,985 residents – including elderly people living on their own, the unemployed, new immigrants and members of ethnic minority groups – after visiting 979 subdivided flats, public housing units and small and medium-sized enterprises.

They had also received 6,347 opinions focusing on day-to-day issues, ranging from livelihood to development concerns, as well as those relating to Hong Kong’s integration with mainland China.

“Luo Huining [the liaison office’s director] has ordered his staff ‘not to let go of any piece of opinion received’ and that they should ‘record in detail and properly consolidate’,” Lu said.

“We will immediately handle those items which are within the purview of the liaison office. For the items which fall within the scope of the local government, we will consolidate a checklist and pass it on to them.”

A source said policy initiatives that the liaison office would handle included those relating to the functions of mainland authorities, such as cooperation between Hong Kong and its neighbouring cities in southern China, as well as the reopening of the border.

Pointing out that a key duty of the liaison office was to “get in touch with different sectors in Hong Kong”, Lu emphasised that it had given the city administration advance notice of its campaign, which local officials were eventually involved in.

﻿The campaign, she said, was designed to broaden the central government’s understanding of the everyday lives of Hongkongers, while promoting Beijing’s latest policies and explaining how they benefited residents. It was also about gauging the views of the public and reaching out to the city’s young people.

She also said the office would change after keeping a low profile in the past, and vowed to make the outreach drive a regular event in a bid to gain a better grasp of public opinion.

﻿“The liaison office, from now on, will implement the central government’s order to continue to take up the responsibilities of liaising with different sectors. We will make the public outreach regular in order to better understand public sentiment,” Lu said. “We will continue to support the chief executive and the city government to govern according to law.”

Chief Executive Carrie Lam Cheng Yuet-ngor and her cabinet were seen as coming under pressure to meet Beijing’s expectations after the liaison office launched its charm offensive a week before her policy address last Wednesday.

On Sunday, Lam brushed aside suggestions that Beijing’s officials in the city were forming a “second governing team”, saying it was good for them to develop a better understanding of the city, given that many local policies needed central government support.

Ultimately it was her administration that was responsible for resolving the city’s social and economic problems, she stressed.

﻿Political scientist Ivan Choy Chi-keung, of the Chinese University of Hong Kong, said the liaison office’s latest move signalled yet another significant change in its remit. He said that it was increasingly emerging as a “second governing team” in the city with a supervisory role over the local administration.

﻿“In the early days after the city’s handover [from British to Chinese sovereignty in 1997], it tried to remain invisible to avoid putting the local administration under any pressure,” he said.

“But in recent years, it has started to get involved behind the scenes by getting involved in election coordination or the picking of government officials.

“This time, the office has decided to go to the front line and even issued statements telling the government of the problems that it needs to fix.”

﻿Choy also suggested the autonomy previously enjoyed by the local administration had clearly decreased over the past few years, pointing to most of the city’s key policies of recent times – such as the national security law and the electoral overhaul – being implemented by Beijing on a top-down basis.

Democratic Party chairman Lo Kin-hei said it was his understanding that the liaison office’s role was to support communication between Beijing and different sectors in Hong Kong.

“Hongkongers’ views over the city’s governance should be handled by the local government itself under the ‘one country, two systems’ framework,” he said, also claiming the liaison office’s broader role reflected the ineffectiveness of the city government.

Professor Song Sio-chong, of Shenzhen University’s Centre for Basic Laws of Hong Kong and Macau, dismissed suggestions that the central government had crossed the line when it came to the one country, two systems governing principle for the city.

“In the early 2000s, the central government exercised self-restraint and minimised the liaison office’s responsibility to a very low level. But the whole situation changed after the ‘black violence’ of 2019,” he said, referring to the civil unrest of two years ago.

Song said that under Beijing’s understanding of its “comprehensive jurisdiction” over Hong Kong, it could get involved in various policy areas.

“You may say that housing and livelihood are within Hong Kong’s scope of autonomy, but Beijing also has the power to monitor and supervise the city government’s exercise of its ‘high degree of autonomy’,” he said.