Hundreds of beehives are estimated to be within a Hunter eradication emergency zone that the NSW government has established to control a deadly parasite found in sentinel beehives at the Port of Newcastle.

All bees within the 10-kilometre eradication zone will be euthanised, as part of a six-month emergency biosecurity order issued on Sunday.

The order aims to stop the movement of bees across NSW, after the varroa mite was discovered at the Port.

"It'll have a huge impact on the bee industry," Mr Vial said, adding the club had about 300 members of mostly hobbyists.

He has about 150 hives that will be destroyed.

"We're just hoping they can contain it within the 50-kilometre zone."

Roger Easton, who runs Highland Honey at Fennell Bay, said the eradication zone could be extended across the state.

"In a week or so, I think it'll be a complete disaster," Mr Easton said.

A NSW Department of Primary Industries spokesperson said there was "certainly no indication of the eradication zone being extended at this point".

"It depends on the situation moving forward and if more incursions occur," the spokesperson said.

Asked how many beehives were within the eradication zone, the department spokeswoman said: "Initial estimates show that it's more than 300".

Beekeepers believe hundreds of beehives will end up being affected.

Six sentinel hives at the Port and three private hives in Newcastle have been destroyed in the biosecurity operation so far.

A further 120 hives had been destroyed on a property in the Trangie area in central west NSW, where a Newcastle beekeeper kept hives.

Minister for Agriculture Dugald Saunders issued a statewide emergency order on Sunday to "control the movement of bees across NSW and stop the spread of varroa mite".

"If varroa mite settles in the state it will have severe consequences, so we're taking every precaution and action needed to contain the parasite and protect the local honey industry and pollination," Mr Saunders said.

A 50-kilometre biosecurity zone has been established around the Port.

Beekeepers within this area must notify the Department of Primary Industries of the locations of their hives.

A 25-kilometre surveillance zone is also in place, with officials monitoring and inspecting honey bees in this area.

The department has requested numerous beekeepers in the Hunter to check for varroa mite.

They have been asked to do a "sugar shake test", which involves putting bees in a container and rolling them in icing sugar to test for mites.

Mr Easton said the state order meant "they've put a complete prohibition on us moving hives, collecting honey or honeycomb from hives and even looking in our hives".

"They want everybody to register the location of their hives," he said. "I have very little honey at the moment. I buy honey off a couple of big beekeepers but they'll lose all of their hives. It's going to wipe us out."

Nonetheless, Mr Easton said "we've got to get rid of this varroa".

"It's like a little tick. It gets onto the bees and sucks the life out of them."

"It's really sad," Mr Keene said. "I totally understand why they have to try to contain it, but it does feel a bit like the COVID boundaries.

"My mate with bees at Whitebridge lives a few hundred metres away and won't have to destroy his hives, even though it's almost inevitable his bees would be foraging alongside bees within the eradication zone. But they have to draw the line somewhere."

Outsiders may think "they're just insects".

"But when you watch them every day, see how hard they work and understand their complex colonies - where every bee has a role and they work until they die - you get a bit more attached to them."

The Newcastle-based Urban Hum said "we will have all our 90 hives destroyed to protect honeybees across Australia".

"Newcastle will not be able to have hives for several years. To starve the parasite, they will kill the host - our beautiful honeybee hives - and all feral/wild European honeybee colonies will die. Native bees will not be affected by varroa mite and will not be targeted in the eradication by the DPI."

Beekeepers are also concerned how the crisis will affect the pollination of fruit and vegetables. 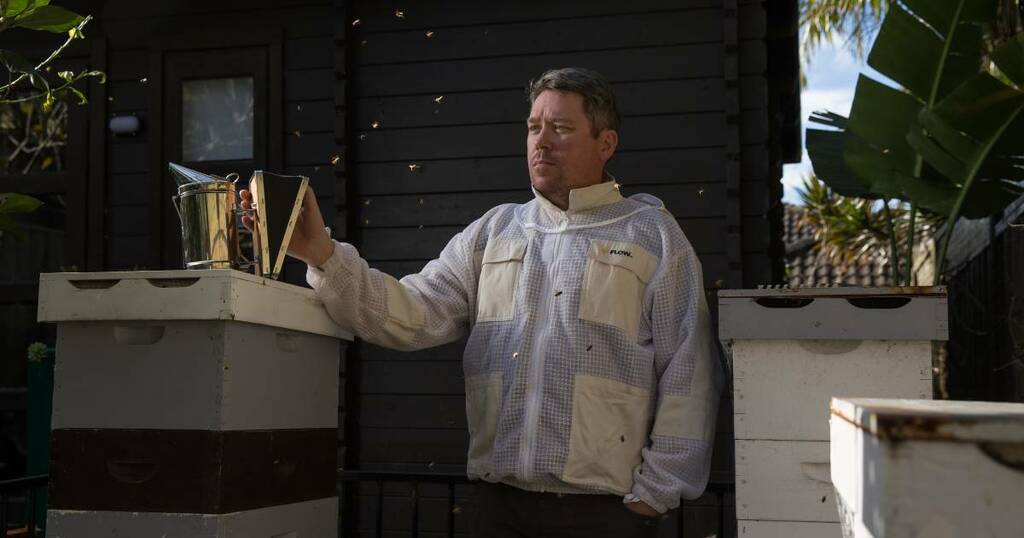 A mass campaign to eradicate a bee-attacking mite is underway in Newcastle, after it was detected in surveillance hives around…