Becoming a ‘Weird’ society may no longer be necessary for India 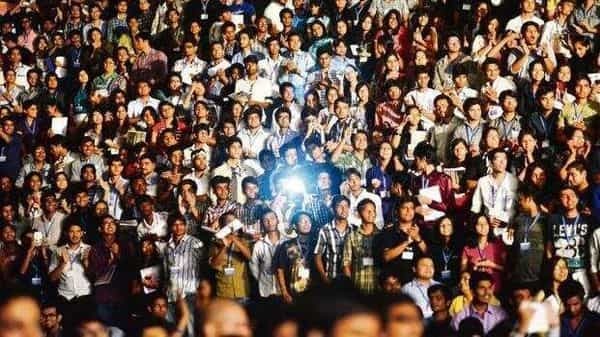 Of the several books I have read recently, Plagues and Peoples by William H. McNeill and The WEIRDest People in the World by Joseph Henrich have been very important, for they gave me good clues on the evolution of the world in terms of economic development and material prosperity. Both have to be read together to understand how and why Asian and other civilizational areas fell behind in the second millennium. They help us understand why several economies in developing South Asia and in Africa have not been able to organize commerce and industry on a scale as large as the West and a few North Asian countries have done. Perhaps I am guilty of over-generalizing, but it is true of India too. In Can India Grow? Gulzar Natarajan and I wrote about the fragmentation of many industries in India. Scale is conspicuous by its absence. What was not entirely clear was how the West got there. Henrich’s book fills that void.

A three-line summary of the book: The ability of the West to interact, do commerce with and trust strangers, thus creating scale economies and the institutions that sustained and supported them, can be traced to the strictures that the Catholic church placed on ‘kinship’ marriages.

WEIRD stands for Western, Educated, Industrialized, Religious and Democratic. People raised in societies are highly individualistic, self-obsessed, control-oriented, non-conformist and analytical. They focus on themselves— their attributes, accomplishments and aspirations—over their relationships and social roles.

In ‘Weird’ societies, as defined, one is expected to behave ‘consistently’ with all others. Whereas in non-Weird societies, it is normal to change one’s behaviour in accordance with the context. One could be very humorous with friends, for example, and extremely deferential to those in authority. That would be hypocritical to members of Weird societies, but entirely normal in others.

An inability to behave differently in varied contexts and seeing it as hypocritical leads Weird members to lean towards moral universalism. In other words, moral truths exist in the way mathematical laws exist, writes Henrich. It also leads to overconfidence in their abilities. Combine the two, and we now have a good handle on the response of Western policymakers to the global financial crisis of 2008 and the ongoing covid pandemic.

It also explains why their economics textbooks are written as though they are universally applicable. There is no room for path-dependency in their economic theories. There is only one right way to frame policy: Free trade, balanced budgets, flexible labour markets, globalization and deregulation. Now that the context is changing, they are struggling to adapt. Universalism and overconfidence helped Weird members colonize the world and spread their word. Now, they may prove to be their undoing.

Henrich does not delve into the downside of Weird psychological attributes. However, he correctly warns that superimposing impersonal institutions of politics, economics and society that developed in Europe on kinship-based societies means that the web of social relationships that bound and protected people gave way to urbanization, social safety nets and individualistic notions of success. People in such societies faced a loss of meaning they derived from being a part of a broad network of relationships. This poses a dilemma for non-Weird societies that is not easy to resolve. Their economic imperatives necessitate emulating and copying the Weird model of impersonal trust, fairness, equality before the law and the institutions of governance that these entail. At the same time, these are alien to their own social models that date back in time. Indeed, even the inhabitants of Weird societies are not exempt from the loss of meaning that Weird values and social arrangement eventually generate. Has Weird psychology, therefore, driven all of modern humanity into an existential cul-de-sac?

For all their supposed impersonal kindness and fairness, Weird European societies did not hesitate to pursue wars and wreak destruction on non-Weird societies. The latter were won over, perhaps, as much by war and deceit as by the demonstrated superiority of Weird norms, ideas, institutions and economic prosperity.

V. Anantha Nageswaran is visiting distinguished professor of economics at Krea University. These are the author’s personal views